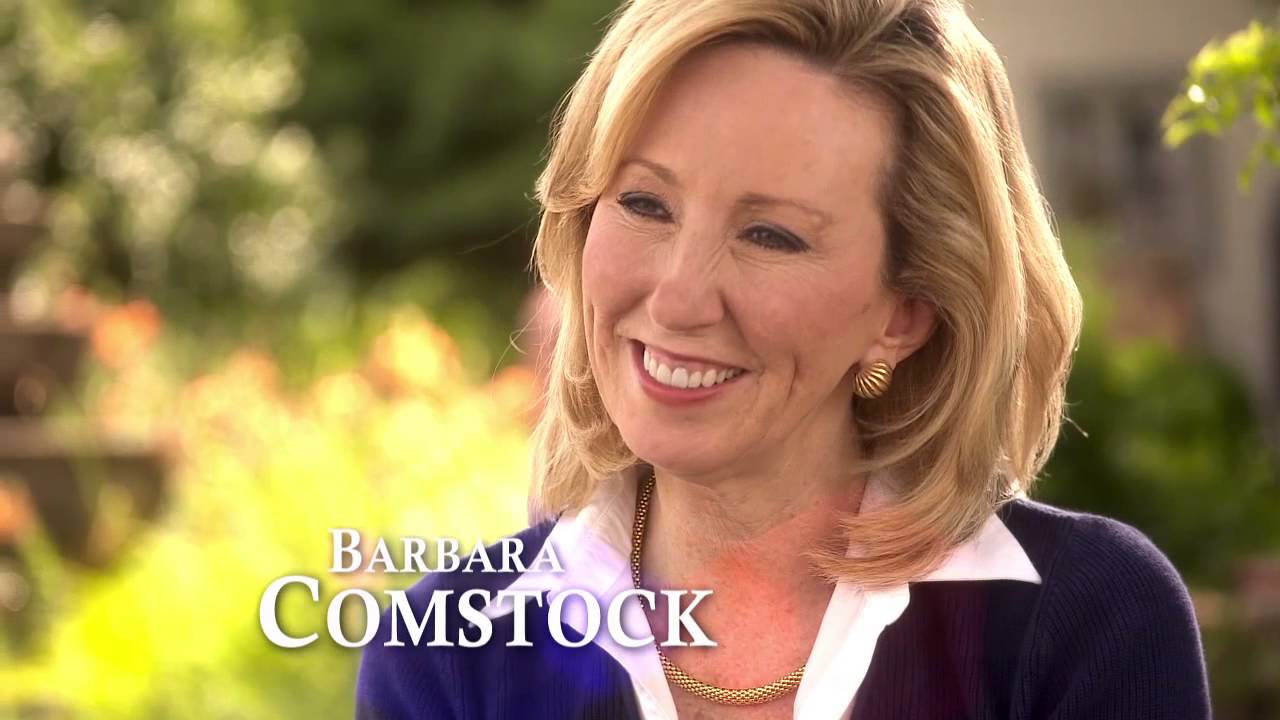 Democrats Looking For a Woman to Challenge Barbara Comstock in 2016

This was predictable.Â Democrats are searching for a woman to take on Congresswoman Barbara Comstock in Virginia’s 10th district next year.[read_more]

The name we hear the most often is state Senator Jennifer Wexton of Leesburg. Leesburg is in the middle of the 10th district. However Jennifer Wexton has a tough fight this year against a popular Republican who has tremendous grassroots support, Stephen Hollingshead. When asked if she would run for Congress next year she responded she is â€œfocused on the 33rd Districtâ€, as well she should be.

Another name that pops up is Delegate Kathleen Murphy who holds Comstock’s former seat in the House of Delegates. Murphy won in a special election earlier this year by a mere 326 votes in a race where her opponent Craig Parisot was underfunded. That won’t happen in the current race between Parisot and Murphy. Parisot will get the money he needs to challenge Murphy and it’s likely he will prevail. When asked about a run for Congress Murphy said â€œI have no plans to run for Congressâ€. Of course she doesn’t, until she does.

Other names mentioned as possible candidates against Comstock, (but seem highly unlikely), include Cathleen Magennis Wyatt, founder and President of “Journey through Hallowed Ground Partnership”, an historical preservation group, and Mayor Kristen Umstattd of Leesburg who is currently running to represent that district on the Loudoun Board of Supervisors.

Democrats Looking For a Woman to Challenge Barbara Comstock in 2016 was last modified: April 9th, 2015 by Jeanine Martin

Is Cate Wyatt even a RINO or is she a Democrat with sore toes? If being elected for public office means that you are a self-servicing, out-of-touch liar, then go for it.

Why, is being a woman a qualification. How about a woman of color, does that mean more then being a white woman or a man? Maybe a gay black altered man/woman? Who comes up with this chit?

I thought Cathleen Magennis Wyatt was losing the Wyatt. Apparently, he likes sucking toes too much (http://lisawallerrogers.com/2010/05/29/sarah-ferguson-fergies-toe-sucking-scandal/). Her JTHG project is running dry because the public has realized that the “honorary only” title turned out to be a farce used to swipe plenty of public funds for who knows what.

Don’t you think that somebody will primary Comstock?

Hahaha, if I could give you ten likes I would! That’s hilarious! At some point this year we will be done with Brian Schoeneman. Then the countdown to his Democrat conversion will begin. What would we ever do without Brian?!

Has he become a woman? Seems unlikely.

They must have binders full for women. Womp womp.

Barbara Comstock is in bed with the PEC and other uncontrolled pseudo preservation groups looking for free money. Her plea: “we respectfully request that the Appropriations Committee and the Interior, Environment, and Related Agencies Subcommittee include $10 million for the American Battlefield Protection Program in FY 2016…”

By the way, any truth to the rumor that David Marsden is going to rent a basement in the 10th to run against Comstock? LOL

Maybe Wexton and Murphy can take turns losing to Comstock!

Why should the Dems bother? Comstock has proven herself to be a Boehner-following RINO. She’s Dem-lite. Let’s find a CONSERVATIVE to replace Comstock!

Sorry, bud. That label fell off her quicker than “Trey Gowdy: Beyond Benghazi”. She’s “grassroots” again.

I wouldn’t be surprised to see Karen Schultz run.

I believe she ran for State Senate a few years back against, I believe, Vogel. There were some rumors she’d jump in to primary Foust – she comes from Winchester (I believe) and may be a stronger candidate because should would might be able to dig into Barbara out west.

You are correct. She ran against Vogel in 2007, Schultz came very close to beating Vogel. http://vpap.org/candidates/87140-karen-kennedy-schultz/ Also interesting she has a PAC, Republicans for Karen Schultz, http://vpap.org/committees/141014/republicans-for-karen-schultz/

Jennifer Wexton, if she decides to run would be a real challenge to Comstock in the 10th District in my opinion. There is no way you will see the support she received on her initial run against frankly a weak, gaff prone opponent like John Foust and her House voting record to date has set a lot of true conservatives to rethink WHO they really voted for in her first campaign. She may be able to pull it off but Wexton will aggressively compete with her for the Route 7 vote and parts of the more conservative western sections of the district may set this one out given their first term experience with her leap into the arms of conservative bashing House Speaker Boehner and the Richmond reformicon gaggle (e.g. the Cantor clique).

As unfortunate as it is, Wexton has a good chance to come through this November… I think that would make her most likely to challenge Comstock. I do hope I’m wrong though.

It also benefits Wexton to have people calling for a primary challenger to Comstock, as some on here seem to want.