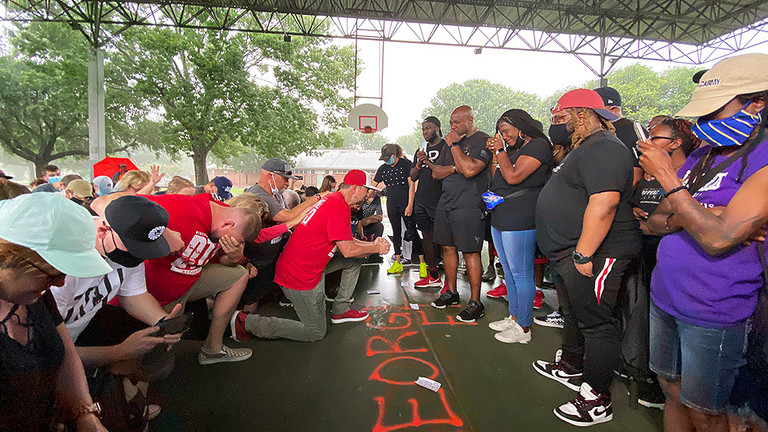 “The goal of the new cultural revolution is to attack and destroy old customs, old culture, old habits, and old ideas. Nothing in the American way of life will go untouched if they gain power.”

When the yawning gates of Hell opened wide in 1976 to receive the Chinese monster, Mao Zedong, the world was relieved only of his earthly presence. The madness that Mao personified, the cold horror that he bore, and the uncompromising evil of his existence did not end with his life.

Mao’s sickness, of course, has been with mankind throughout recorded time.  Like flies on garbage, the depraved and amoral totalitarian “mindset” that happens wholly in deceit, worships death, and demands fealty to its undisputed superiority, is the dark camp follower of human history. The labels change, but the results are always the same. Why?

The refrain of cause and reaction is uncannily predictive of every age, so we can’t miss it. In the Old Testament, a prophet named Azariah is encouraging a “reform” minded King of Israel, Asa, to continue his efforts for righteousness and justice in the land. He tells the King, bluntly, “The Lord is with you when you are with him.”

And the prophet reminds King Asa that when Israel had previously turned its collective back on God’s goodness and began worshiping idols “..it was not safe to travel about, for all the inhabitants of the land were in great turmoil, [because] God was troubling [Israel] with every kind of distress.”

This refrain is a constant warning to the ages, because “righteousness and justice are the foundation of [God’s] throne,” as the Psalmist explains. And, if they are not the foundation of man’s law, then we harvest the physical reaction. Time and again in the New Testament, Jesus teaches the same message in stark reality, “..I came into the world, to testify to the truth. Everyone on the side of truth listens to me.” There is no escape clause.

Today the descent to that same madness makes its way in the Western World, regardless of how that mindset labels itself.

The American left, up until a few years ago, you’ll recall, proudly carried the “liberal” label. When the fruits of their policies rightly became associated with crushing tax rates, cultural idiocy, high crime rates, the dissolution of the black family, among other calamities, suddenly liberals found a new label as “progressives.”

Bernie Sanders, to his credit, was the first U.S. Senator on the left, to adopt a version of “truth in advertising.” He’s not a progressive; he’s a socialist, at minimum.

Now the disguises of language are giving way to the reality of who the modern Democrat Party is. They own the policies and are comfortable with the public classification as a socialist-Marxist party. Just listen to them.

Give some credit to The Squad, here. These are the four ultra-radical Congresswomen who effectively speak for the Democrat’s in Congress.  Alexandria Ocasio-Cortez (D-NY), Ayanna Pressley (D-MA), Ilhan Omar (D-MN), and Rashida Tlaib (D-MI), are clear that their shared political goal is the “dismantling of the U.S. economic and political systems.” Nor do they hide their hatred for everything American (and Jewish). They wear it like a badge.

Now, we have Black Lives Matter (BLM), portrayed in the media as promoting righteous and non-violent protests, which many of us support. However, left out of the corrupt media reporting is that BLM is openly identifying their movement as a violent Marxist operation. It was founded by “trained” Marxists, in their own words. They want to “dismantle capitalism” and “re-define” personal property rights, free speech, and eliminate the Judeo-Christian ethos. Also, BLM is closely organizing with Antifa, a violent anarchist-communist movement with a pedigree reaching back eighty years that proudly wears its label.

Between the two, they have the Democrats lined up in a subservient conga-line. And both BLM and Antifa are pieces of the larger Marxist-communist axis that has been organizing, building, and funding radicals for generations. (See my colleague, Catherine Trauernicht’s article on the axis connections here.)

Recently, I’ve been thinking about the “cultural revolution” in China that started in 1966 and ended with Chairman Mao’s death in 1976. So much of what is happening in the U.S and Europe today is right out of Mao’s little red playbook. The tactics of changing labels, the killings, and the vicious, mindless destruction.

Mao, ironically from a prosperous Chinese family, become a hardened Marxist while attending Peking University (of course), and came to power in 1949 as the leader of the Communist Party after a civil war. Based on a book written by his private physician, Zhisui Li, we know a lot about his private life. Virtually every aspect of it was bizarre, twisted, and depraved. (He never brushed his teeth, which turned green, which tells you all you need to know.)

By 1958, China’s struggling economy was unraveling because of total incompetence. Mao’s answer was the Great Leap Forward, a “reimagined” collectivization program that doubled-down on the errors of basic economics that led to the country’s failures in the first place. Its primary objective, of course, was to solidify Mao’s slipping power through purges and more mass executions.

Through 1960, depending on whom you consult, 20 to 45 million Chinese were purposefully starved to death or murdered, in addition to the murders that had taken place in Mao’s first decade in power. Yet the killing wasn’t finished.

By 1966 Mao again faced internal challenges to his power and launched the Cultural Revolution, calling on a return to Marxist “purity,” making the audacious claim that this was the cause of the past economic failures.

He unleashed China’s young communist students from the universities and schools, who formed the Red Guards, with the purpose of “transforming” China by eliminating, once and for all, the “Four Olds.”

[…] They have engaged in the demolition of old customs, culture, habits, and ideas. It’s their inner-Mao coming out. (See more in my recent article on Mao’s cultural revolution here.) […]

[…] They have engaged in the demolition of old customs, culture, habits, and ideas. It’s their inner-Mao coming out. (See more in my recent article on Mao’s cultural revolution here.) […]