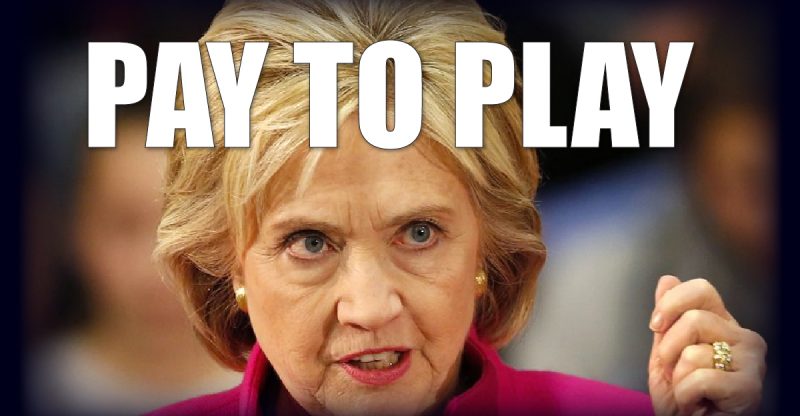 The other night, I was listening to Greg Jarrett of Fox News layout the criminal statutes associated with the actions of the Clintons and the Obama administration.  Were any of these actions to result in trial and imprisonment, the sentences would be measured in decades if not life.  These are major felonies.

The first and most serious set of charges is the abuse of classified material of the highest sensitivity through Hillary Clinton’s e-mails.  Jarrett listed a number of espionage statutes anyone of which could amount to life in prison at a maximum.  Next was the abuse of U.S. uranium assets and associated bribery, wire/mail fraud, and racketeering standards.  Finally listed was the now infamous Trump Dossier and the abuse of federal campaign standards.  In total, Jarrett listed and discussed a dozen violation of these various laws.

The situation is desperate for Hillary and Bill Clinton, James Comey, Robert Mueller and possibly former President Obama as all are involved in these abuses.  The fact that Mueller is a special prosecutor and, therefore, gatekeeper for the facts is troubling – and it looks like he has orchestrated federal charges against as yet unidentified parties to deflect from the seriousness of what has been laid out above.

What is being revealed is truly a tragic betrayal of the rule of law for money and power at the expense of the American people.   To quote John C, Calhoun, ”The very essence of a free government consists in considering offices as public trusts, bestowed for the good of the country and not for the benefit of an individual or a party.”  I also add a quote from Marcus Tullius Cicero, “A nation can survive its fools, and even the ambitious.  But it cannot survive treason from within.  An enemy at the gates is less formidable, for he knows and carries his banner openly.  By the traitor moves amongst those within the gate freely, his sly whispers rustling through all the alleys, heard in the very halls of government itself.”

Your first problem was watching FOX. Your second was believing what you heard.

Your first problem is facts don’t matter to you. The rest of you problems stems from the first

I live by facts – you don’t like my posts because of the overflowing of facts. Show me where I ever post without the support of facts?

The democrats were so careless! It is obvious they thought Hillary would win and none of this would matter.

Keep trying to deflect from how dirty the trump administration is, doubt it will sell with real Americans, but republicans will gobble it up.

I note you do not dispute Dr. Warren’s commentary.

Laws and indictments are for peons. If the social order changed they would have to release every convict in America in order to have enough room for all the political crooks. And even then, some would get away.

This thread is hilarious. Republicans have accomplished nothing in Washington, zero. Totally disfunctional liars. (repeal Obamacare) It is they who have their backs up against the Wall, (Not the Wall Trump lied about saying Mexico would pay for) but the deficit busting tax cuts for the rich wall.

The media is reporting that Mueller will begin indicting tomorrow. If true, those indicted will be Republican operatives. Hillary and Obama are somewhere drinking wine and beer, making millions, while Republicans may be rounded up like cattle and jailed tomorrow. Steve Bannon said on October 20 that there has not been a more destructive president than Bush 43’. Is there any doubt that Ralph Northam has not already picked out curtains and paint for the governors office?

And yet, you write that the Democrats are desperate? One word describes it all, Establishment.

Trump, and those still talking and writing about Obama and Hillary, these are some very sick people.

But hey, everything is fine for Democrats … **ROLLS EYES**

You got to be kidding? Democrats are establishment too. I’m totally Independant. I vote against the Establishment.

As far as i can tell, everything I write is 100% true and accurate. If not, I will gladly edit. Why is that a problem for you?

You are delusional and should be a comedian lol.

Me? Why do you not open up your previous comments?

They’re all desperate, delusional, despicable, dysfunctional, and their respective minions continue to chase the carrot looking for faux relevance.

Keep up the good work of independent thought Mr Portugal while the lemmings continue their siren song of dependency on their chosen ring to kiss.

The political class gets to rape, pillage and murder with impunity. The rest of us are used and abused, and milked like cows. And there are never any prosecutions except for the small fry. With this sad state of affairs, do we have legitimate government? Or just a lousy charade? A pretend sham aiming at nothing?

Indeed … one word describes it all (Establishment).

Disgusting yet not shocking

Reminds me, yesterday was the first 2018 political bumper sticker I have seen … for guess who ? (hint: Virginia)