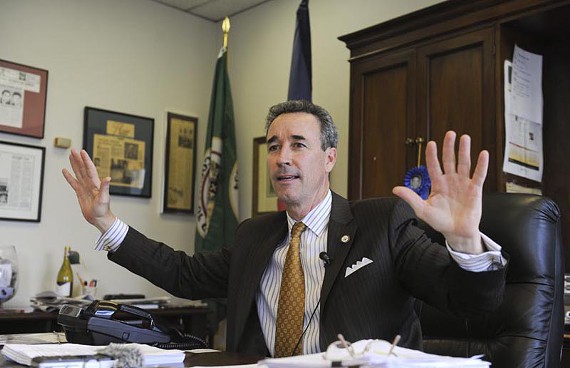 Details of Evidence Against Delegate Joe Morrissey, Including Text Messages With Myrna Pride

Joe Morrissey conceded in his legal agreementÂ (a so-called Alford plea), that the evidence presented by the prosecution would likely support a conviction. In Morrisseyâ€™s case, that would include felony charges of child pornography and other charges stemming from an alleged relationship with a teenage employee.[read_more]

Joe Morrissey has a long history of unsavory conduct.

Democrat Del. Joseph D. Morrissey was disbarred and lost his law license in 2003 after attacking a man â€” beating him with a large ring around his finger.

According to legal brief filed on behalf of the victim, Morrissey shouted, I’m going to kill you. Iâ€™m going to beat your head in,â€ and then attempted to make good on his promise.

When the man attempted to escape his beating, Morrissey â€œsmashed his head into the corner of a brick wall,â€ according to a court filing by the victimâ€™s lawyers.

Morrissey ended up paying $500,000 in punitive and compensatory damages to his victim in that case. But that was hardly his first run-in with the law, and it wasnâ€™t the first time he had been disbarred. The first time was in 1993 after a rape victim complained of misconduct in his prosecution of her attacker. That came after he was sanctioned for misconduct in a felony drunk driving case. He was later disbarred for three years in 1999 for making â€œpublic statements about the identity, testimony or credibility of prospective witnessesâ€ in a federal case. According to The Daily Caller,

Morrissey was convicted on two counts of contempt of court in that case, and sentenced to 90 days in jail plus three years of probation. The U.S. District Court for the Eastern District of Virginia also disbarred him, effectively denying him future access to plead cases in federal court.

The state bar also reprimanded Morrissey for a fist fight with a defendantâ€™s lawyer in a case he was prosecuting, and also forced Morrissey to receive ethics training after leaving his job as a prosecutor and later representing in private practice a defendant in the same case he had previously prosecuted.

In a separate case that contributed to that suspension of his law license, Morrissey was cited for contempt in Chesterfield County, Va. after he directed an angry outburst at a judge during a sentencing hearing.

After he was released from jail, Morrissey violated the terms of his probation by â€œattempting to circumvent the conditions of probation and lying to [his] probation officer,â€ according to the Virginia State Bar. As a result, he spent an additional 90 days in jail and his law license was formally revoked.

Then, in 2011, despite objections from the Virginia State Bar that recommended that he be denied reinstatement because of â€œa broad assortment of alleged violations including fist fights and disrespectful conduct,â€ the Virginia Supreme Court nonetheless restored his license, over the objections of three dissenting justices.

With a history like that, it came as little surprise when Morrissey was found with a 17-year-old girl in his house in 2013, sparking the investigation which led to his indictment earlier this year on felony charges of supervisory indecent liberties with a minor, electronic solicitation of a minor, possession of child pornography and distribution of child pornography. He was also charged with a misdemeanor charge of contributing to the delinquency of a minor.

Morrissey entered what is known as an Alford plea, pursuant to which a defendant does not admit the charges, but does admit the prosecution has evidence likely sufficient to secure a conviction. In Morrisseyâ€™s case, that evidence is pretty damning.Â

WARNING: some of this is pretty explicit. Stop reading if you donâ€™t have the stomach for it. (Profanity redacted with dashes).

Morrissey has stated publicly that he maintains his innocence, and that he believes he will ultimately be able to show that he is the victim of cellphone hacking.Â  In July, he identified the alleged hacker as one Brittney McKenney. Morrissey suggested he would initiate civil litigation against those he claims are responsible.Â  We do not have full details of whatever evidence Morrissey thinks he would be able to bring to light that would overcome the apparently forensically sound evidence to the contrary, but he did say this to the Times-Dispatch:

Morrissey also said investigators are aware that there is a recording the receptionist made of a former friend describing how she hacked into cellphones to plant false information and pictures.

The prosecutor soundly rejected such assertions:

Special prosecutor William Neely saidÂ that had the case gone to trial, the prosecutionâ€™s experts would have testified that the cellphones of Morrissey and the then-17-year-old girl placed them together at the time the sexual relations between the two allegedly occurred in August 2013.

Neely emphatically stressed that the prosecutionâ€™s evidence would have shown that both Morrissey and the girl sent text messages stating that the two had had sexual intercourse the night of Aug. 20, 2013.

If Morrissey had solid evidence of his innocence, it is unclear why he would enter into a plea agreement, so it seems at least somewhat likely that there would be difficulty in proving his side of the story.

The prosecutor also indicated to the Times-Dispatch that he would be forwarding investigative documents to the Virginia State Bar, so we might see Morrissey disbarred, again.

All of the text messages introduced for evidence among Joe Morrissey, Myrna Pride, Brittney McKenney (ex-girlfriend), Deidre Warren (Myrna’s mother) and other friends, can be found on a timelineÂ here.Â  Again, caution and a strong stomach are advised. 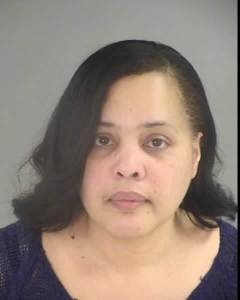 […] calling on Senator Joe Morrissey to resign in 2014 when Morrissey was convicted (and served jail time)for having sex with his underage receptionist, Terry McAuliffe held a fundraiser for Morrissey when he ran for state senator in 2019. (Use our […]

[…] 2014 Morrissey was convicted ofÂ contributing to the delinquency of a minor, his 17 year oldÂ office receptionist.Â  He later married her and has since had two children with […]

[…] wonder if, given the recent history of another Virginia Democrat, young Mr. Martin may be being groomed for a Democrat seat in the General […]

With the media reporting that Joe’s next day in court is same day McDonnell reports to a Federal Country Club located at a prison, (Feb., 9) does one have to wonder if this is just a coinsidence? Or, is someone sending smoke signals?

Jeanine, we want to know what is going on behind the scene, in the cigar smoke filled back rooms, or, what is being whispered over those still sizzling, corporate financed, $100 steaks? Washed down with high priced liquor.

Tell us the dirty little secrets? Come on!

Haha, I thought I already done that in this post!

Oh, you did a good job, but there is bound to be more? There is always more?

I do not want to take too much of your time. I suspect that you are busy penning a thread about the Republican’s blocking Sen. Black’s tuition Bill? SB 722

Before you say it, did Sen. Watkins pinch hit for the Republican’s in the Senate, and vote Dem? Pinch hit because this is the last year of his contract? Who put him in the line up? Ha,ha,ha

Dang! I guess it’s a good thing that he didn’t accept a Rolex watch, or he’d have to do prison time, huh? To paraphrase Mel Brooks, “It’s good to be a Democrat in Virginia these days.”

No wonder Democrats are so in favor of abortion — it’s a perfect removal of evidence of statutory rape!