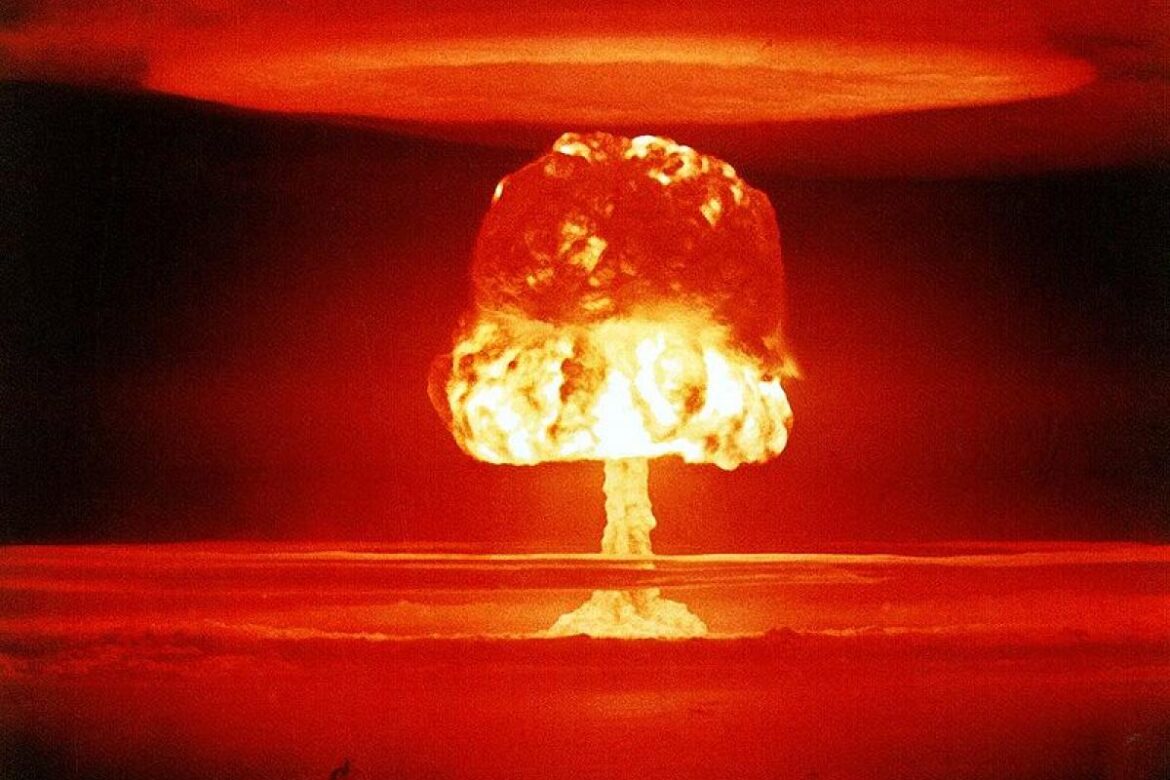 What began as a fairly straightforward U.S. policy of arming the Ukrainians with defensive weapons against Russian aggression has now expanded into a dangerous and rapid escalation. We now have embarked on the inevitable slippery slope of mission creep and where we will end up will probably not be where we had intended. If history has taught us anything it is that before engaging in an armed conflict, we must have a clearly defined end state and the strategy (the ends, way, and means) of achieving it. Right now, we have neither – the ghosts of Vietnam still haunt us.

The New York Times on Wednesday published an op-ed by Mr. Tom Stevenson arguing what many have been arguing for a while now: the Biden administration is openly — and recklessly — pursuing a policy of escalation in Ukraine that represents a new and very dangerous phase in the conflict.

Stevenson, a journalist who reported from Ukraine in the opening weeks of the war, states that initially the United States and its North Atlantic Treaty Organization (NATO) allies responded to Russia’s invasion of Ukraine rather straightforwardly, with supplies of defensive arms and humanitarian supplies to the Ukrainians and economic sanctions on Russia. But things have changed dramatically and rapidly over the past month.

Now, instead of simply helping Ukraine stave off the Russian invasion,  U.S. policy seems to have shifted into something else entirely: the permanent weakening and dismemberment of Russia at any cost. Defense Secretary Lloyd Austin just after a clandestine visit to Ukraine with Secretary of State Anthony Blinken last month stated, “We want to see Russia weakened to the degree that it can’t do the kinds of things that it has done in invading Ukraine.” After her own recent “heels on the ground” visit to Kyiv, Democratic House Speaker Nancy Pelosi characterized the war as a “global struggle for democracy.”

To back up these claims, the Biden administration has now proposed a $40 billion military aid package to Ukraine, quadrupling what the United States has thus far given Ukraine since the outbreak of the war in late February. On top of that, it appears the U.S. military may be providing real-time battlefield targeting intelligence to the Ukrainians, arguably making the United States by definition an active belligerent in the conflict.

All of this amounts to a major policy shift on the part of the United States, writes Stevenson: “Whereas once the primary Western objective was to defend against the invasion, it has become the permanent strategic attrition of Russia.” This shift, he adds, has “coincided with the abandonment of diplomatic efforts.”

So what possible strategic gain does bleeding Russia in Ukraine hold for the United States? The risks of pursuing such a policy are immense, including the possibility of a thermonuclear war between the world’s top two nuclear powers. If the Biden administration has some overarching goal in mind, it has not laid it out for the American people and garnered their support.

As GEN Colin Powell warned us in the run up to the Gulf War, we must have clearly defined national security interests and widespread public support before any large-scale military action is taken. Somehow, I think GEN Powell is shaking his head right now as we continue to slide down the slippery slope towards unintended consequences which may include Armageddon.  An end state no one wants but perhaps inevitable based on our current path.

Down the slippery slope we go was last modified: May 13th, 2022 by James Poplar

Watch out commodore, there are people around who will start calling you a Russian sympathizer.

No the focus will shift to the Steele dossier and Hunter’s laptop, China and Ukraine paying millions to Hunter Biden while Joe was VP. For what?

Unless, of course, Biden has not provoked Putin to nuclear war by then. Turkey indicating that they may block Finland and Sweden from joining NATO, may have been planned all along by the USA as a way out if Putin stood up to NATO. You people need to know and understand. The USA has had boots on the ground since before the war started. Ukraine is not winning shit. The USA is heavily engaged in Ukraine. That is why Congress is throwing money out the back door to the tune of $1 BIllion per day. To fund the Americans on the ground and the overwhelming American involvement in the war. Zelensky would never have agreed to this war if Ukraine was going up against Russia. It’s been the USA against Russia all along.

Mr Poplar… I respectfully have opposed a lot of your previous articles under the theory that you have now come to. The stupid and corrupt DC Cesspool… has decided to fund this horsecrap in the Ukraine like the other 7 trillion dollars worth of wars that we have fought since W the RETARD… FOR WHAT???
FOR WHAT??? None have resulted in an outcome that made the US more secure… more free… MORE ANYTHING.
EXCEPT DEEPER IN DEBT with an increasingly devalued currency.
Has “Raytheon” made money? Yes. But if you had a government that had half a brain… and wasn’t run by corrupt scum like Biden, Turtle… Pelosi.. conflict would be for an actual purpose and would be fought to a favorable conclusion. That has not not happened.
So… if Bribem A scroungy POS who never went to Vietnam himself because he had asthma so bad that he played college football.. brings you to a war… well there you go.
The military will be looking at at least tens of thousands of casualties… And who knows what China will do. Thus a two front war. So the hundreds of thousands of casualties… AND you may not win it. The US military is not in great battle shape nor is it led well. See the Afghanistan bug out..
So Sir… welcome to the other side that opposes the CESSPOOl and unfortunately the MIC is part of that.

I said it from the beginning. Biden started this Ukraine war. Don’t even think about telling me the $1,000,000 annual paycheck some Ukrainian gas company was paying out to Hunter Biden when Brandon was VP has nothing to do with this $60 BILLION Brandon is now trying to send to Ukraine. Brandon was also helping/encouraging Ukraine to join NATO with the U.S.-Ukraine Strategic Partnership Agreement that Brandon had his SOS sign last November that provoked Putin into this war.

It is all a Brandon based, corrupt lie, that might just lead to a nuclear encounter with Russia. Pelosi and Democrats are covering for that crooked bastard. They are all nothing but liars.

The democrats took a peaceful and prosperous America and turned it into a situation of war and near depression. It only took a stolen presidential election to do it and a bunch of cowardly republicans who refused to challenge the obvious.

The entire democrat party, of which you are a member, is insane – from the top down.

yes, of course. And comments that start with “you always”, “you never”, “all Democrats”, “all women” are known for their unassaiable accuracy