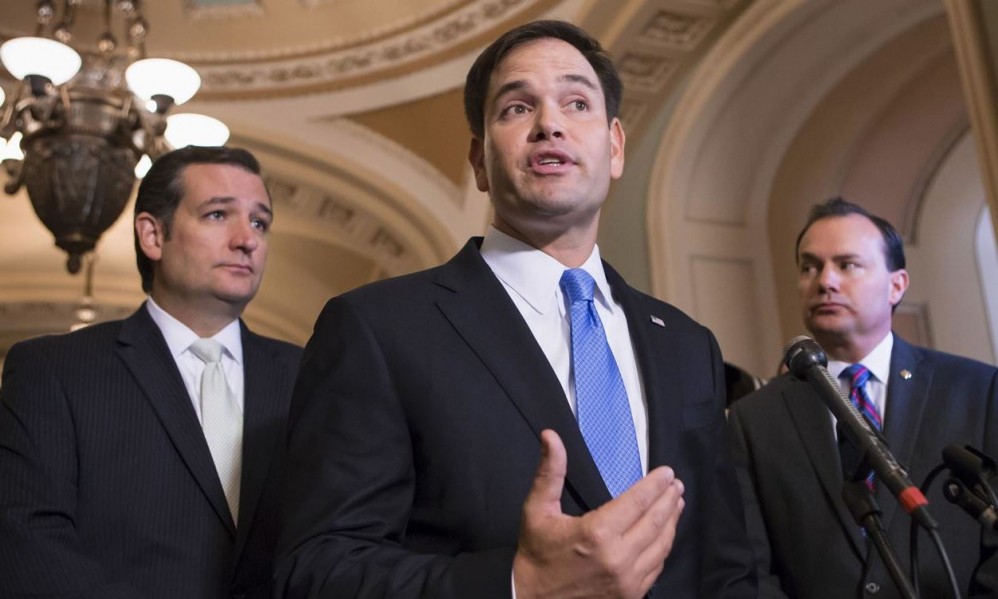 Substance was conspicuously missing from last night’s debate; but this fact does not astonish. Substance has been missing from most of the Democrat and Republican debates over the last year. Substance has been missing from much of our intra-partison conversations as well; and too few of us have been willing to own up to the complaints of our fellow Republicans. I imagine all these bizarre political relationships developed between politicos, activists and supporters to be much like a marriage. Try not validated your wife’s feelings and see how well your relationship blossoms.

Many of my moderate Republican acquaintances often complain that my advocacy of rigid ideology is antithetical to, what they call, governing. Others claim that my libertarian past is somehow harmful to my participation in Republican politics. I’ve heard moderate Republicans make the argument that the reason why conservatives are always so bitterly disappointed in the Republican Party is because conservative politicians have made promises that they knew they couldn’t keep. The criticism of the conservative Republican activist is that our naive faith in these conservative firebrands is responsible for our perpetual political frustration.

There is some truth to all of these claims and within this truth lies a great deal of substance our politicians (even our nominee for President) would do well to consider.

Rigid ideology is antithetical to governing. However, so is the directionless, democratic spirit and rent-seeking behavior our current representatives seem comfortable with accepting as the status quo. I do not advocate for immediate radical changes which would be easily demagogued and defeated from the floor of the Senate or the House of Representatives; at least, not anymore. Yet, I cannot understand how we’ve come to accept, as acceptable, the repeated broken promises betraying our otherwise lowered expectations. Speaker Paul Ryan promised regular order. He promised twelve individual appropriation bills. This is an example of a Republican leader breaking his promise to deliver what ought rightly be considered as a low expectation. I’ve heard Congressman Wittman (Va, 1st District) speak about how process matters; and I couldn’t agree more.

Why is fiscal responsibility such an issue? Our current political system is plagued by a concept known as “rent seeking”. Politicians have given themselves the authority to regulate the tax code and to regulate industries, giving them the ability to make or break whole sectors of the US economy. Industries, or collections of powerful corporations, have therefore formed lobbying firms with the explicit purpose of using the federal government to improve their bottom line or remove their competition. Subsidies, exceptions and regulations all serve to accomplish these purposes. Why should the Republican Party wish to continue perpetrating these abuses on the American citizen? Why not, rather, condemn the practice of “rent-seeking” and campaign and govern according to firmly established and demonstrably responsible economic principles? Do they have so little faith in the Republican voter?

In the meantime, while we wait for moderates in the Republican Leadership to come around, conservatives need to listen thoughtfully to the accusation that they are being used and led astray by their own conservative firebrands. Before buying into the rhetoric that something is possible, ask yourselves whether or not such a measure is likely to get any support from the Republican Leadership or from moderate Democrat crossovers. Understand that the logrolling (horse trading on legislation) and pork-spending are the real priorities for our legislators, because folks in our own communities vote, not according to whether their politician is fiscally responsible or not, but how much money, and how many jobs and freebies their Congressman brings back to their districts.

Economics and practical approaches to legislative victories are requisite for an effective conservative activist base. Do you want your representative to support regular order? Then that needs to come from far more folks than the people in your own household. You need whole communities advocating for this particular policy approach. Your Board of Supervisors needs to advocate for this approach. If whole communities are not advocating for a particular approach to fiscal or economic policies, assume that your Representative will not be sufficiently motivated to take a stand on those issues. The political system previous governments have created in our Nation’s Capital isn’t accommodating of fiscal responsibility and sound economic principles. So long as their constituencies are looking to “get their fair share” of the governments plunder, so long as Representatives are supported or neglected on the basis of “what have you done for me lately” – then your Representatives have far more reasons to participate in the established system, than to represent responsibly your wishes in Congress.

Conservative representatives like Senators Mike Lee, Rand Paul and Ted Cruz, and Representatives in The House like Dave Brat, Justin Amash and Thomas Massie, and conservative delegates in Richmond like Delegates Rob Bell and Nick Freitas, as well as conservative State Senators like Ryan McDougle, Jill Vogel and Bryce Reeves, need to pursue whatever avenues are available to them to accomplish marginal reform. Remember, that reform around the margins was the practical (and successful) strategy of the Reagan Administration. However, this means that they will need to work within a system many of their supporters despise. So long as we require obedience to a rigid ideology of our most conservative Congressmen and Senators, they have absolutely no room to negotiate with Leadership from either party.

It is up to the American People to demand substance, cooperation and accomplishment from their representatives; because I assure you, this is not the message that we have sent them. Our Representatives in Congress hear two distinct messages: obey a rigid ideology and “what have you done for me lately.”  If we want our representatives to expertly navigate the subtleties of Congress, in order to “get things done” or “govern”, then we need to give them the room to make the deals they have to make in order to work such legislation through both houses of Congress.

I understand why moderates look at conservatives the way they do; and I understand why conservatives have become intolerant of moderates. Conservatives expect the impossible and throw a fit when they don’t receive it, while moderates expect nothing in particular, so long as the government is working for them. I predict that this country will not move forward until conservative and moderate Republicans find the wherewithal to work together. Before either side begins throwing food at the other; answer the following questions – are any of you actually getting the kind of results you want from your government?  Can we not, once again, put the United States or Virginia Economy first on our list of priorities, ahead of ideology and ahead of bringing home the bacon to our districts? Can we not establish the relationships requisite to forming a productive, thoughtful, conservative and fiscally responsible national and statewide agenda?

I have read many of your comments and I have two questions for you. Have you ever worked in any level of government and have you ever owned a business? To me you seem nieve.

I’ve run my own business, but have never worked for local, state or federal government. Naive isn’t that awful a claim, so I am actually curious why you think so. You may be right. At 37 I certainly look back at many of my views at 27 and wonder how I could have been so ignorant. I hope, at 47, I’ll feel the same about myself today.