The Elusive Wasinger Makes His Endorsement for Congress

As we all await the release of campaign finance reports today, we offer the most bizarre endorsement video EVER for your viewing pleasure. 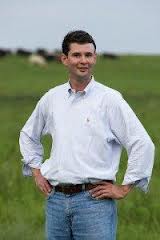 Sightings of 10th District Congressional candidate Rob Wasinger are exceedingly rare outside his natural habitats of Kansas and the Cannon House Office Building. He has appeared at almost no GOP events within the 10th District, and has only allowed himself to be seen during this Congressional campaign at a few candidate forums and, according to rumor, at friendly meet-and-greet events. So it’s always noteworthy when he pops up.

What’s also interesting is the political judgment the endorsement in this video reveals. Wasinger apparently can’t bring himself not to be involved with the race for his old home district in Kansas, and has endorsed what seems to be the most fringe weirdo candidate in the primary race against Kansas Rep. Tim Huelskamp.

Wasinger’s “all-in” endorsement went to a candidate, Kent Roth, who has pledged to “make protecting Social Security and Medicare my top priority.”

The video can be seen in full context here (be sure to scroll down past the large graphic to see the content).

The Elusive Wasinger Makes His Endorsement for Congress was last modified: April 15th, 2014 by Chad Ochocinco

I think Wasinger lost to Rep. Tim Huelskamp when he ran for Congress in Kansas. Seems to me like a vendetta. He also brags about not voting for Romney in the 2012 General election – why – because he ran Brownback’s presidential campaign into the ground and blames Romney and anyone associated with Romney (Comstock backed Mitt) for his failures as Sam’s campaign manager. Seems to me like Lamb Chops only has axes to grind.

I love
it. My favorite part is “end of message. To return a call press 88, to erase
this message press 7, to send a reply message press 8, to save it press 9, to
hear more ….” Not sure why it cuts off there. Well made.