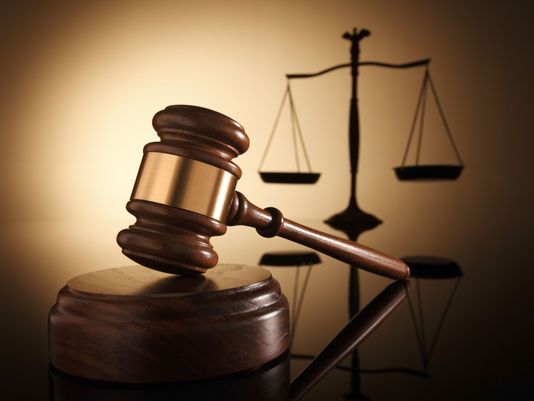 There have been a lot of ideas suggested when it comes to handling the invasion of the Southern border. Â These ideas go from hiring more border patrol agents to closing the border to employing the military at the border. Â The problem with each of these is that they required the application of force to be effective – and injury and death is likely. Â To prevent the appearance of mistreating an actual refugee, illegal alien invaders and refugees are all treated the same. They are given a court date and then released. Â The formal federal courts are overwhelmed by the numbers of cases, and thanks to delays, illegal aliens just disappear into America.

There is, however, another potential way to deal with this situation. Â Americans can be legally empowered, or deputized, as citizen volunteer judges. Â Citizen volunteer courts can be located at the spot(s) where the greatest amount of illegal immigration occurs. Â Volunteer judges can be given specific guidelines on how to judge the difference between a refugee and an invader. Â If a citizen volunteer judge accepts the claim of refugee status, said refugee would be allowed to plead their case in a more formal court at a later time. Â Individuals judged to be invaders are turned over to the border patrol and immediately returned back across the border or arrested. (An illegal immigrant who crosses the border should receive an adjudicated verdict within a day. Â The only imprisonment would be temporary detention at the border crossing site.)

There should be a pool of citizen volunteers from across the country not just in border states. Illegal immigration is a problem for many towns and cities across the nation. (It is one thing to be using the limited resources of America for actual refugees, but it is obvious that many areas in the USA are under considerable economic pressure because they are overwhelmed by the welfare, healthcare and education demands of the illegal aliens who have no business being here.)

A couple of final points. Â We now have Terrorist and Organized Crime secret courts, and it is likely that the proposed special citizen volunteer immigration courts will have to be similarly protected. Â There will be those who say that these courts can become â€œkangarooâ€ courts, and that is possible. However, our existing judges are citizens, and many are elected by their peers. Â Citizen volunteers can be screened for qualification but being a lawyer should not be a requirement to be a judge.

Maybe this idea of citizen volunteer immigration courts, or some evolution of it, could prove useful. Â Such an idea might lead to better border control and a less violent approach to it. Involving all Americans in the protection of the nation is common sense. Â (Josh Billings is quoted as saying â€œCommon sense is the knack of seeing things as they are, and doing things as they ought to be done.â€)