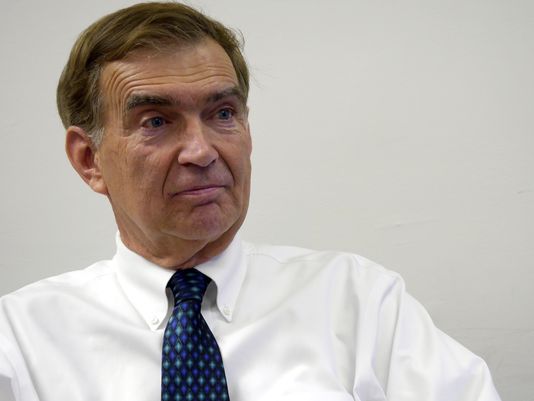 Exhibit A in the case against the Incumbent Protection Act

For those wondering what the Incumbent Protection Act is, it is a law that allows incumbent members of the General Assembly to choose the method of their renomination. In almost all cases, this means the incumbent chooses a state-run open primary. Reasons vary for this, but generally it is understood that incumbents have a greater advantage in a primary because they are costlier and, in cases like Hanger’s, because they can be used to shield Republican incumbents from being held accountable to their own party because the law allows Democrats to participate in choosing the Republican Party’s nominees. More background can be found here.

Hanger has huge problems with his base for his penchant for voting like a Democrat, such as in his support for Medicaid expansion and his glowing endorsement of the Obamacare individual mandate. But, obviously, such stances can win him support from among Democrats. In places like the 24th District, the Republican primary is really the only game in town, so bringing these Democrats to the polls to choose the Republican nominee is really a no-brainer for the challenged Republican incumbent (and, in some instances, desperate long-shot candidates as Shaun Kenney notes here).

Below is a snippet of a radio ad run by Hanger wherein he notes that “this is probably your only chance to vote for State Senate this year” because there are no Democrat or Independent candidates filed, and that the primary election is open to all registered voters, not just Republicans.

This is reprehensible. (Moreover, when proponents of state-run open primaries talk about all the great data these events supposedly generate they conveniently omit mention of all of the bad data they generate as well, i.e., all the “Republican” primary voters who aren’t Republican, and all of the wasted mail and other resources expended on reaching these folks to enlist them in the Republican cause). And this is why Dan Moxley and local Republican officials are suing to overturn the Incumbent Protection Act. I hope they’re successful, both in tomorrow’s primary and in the courtroom later this summer.

Exhibit A in the case against the Incumbent Protection Act was last modified: January 19th, 2018 by Chad Ochocinco

[…] open primaries, so a RINO can induce Democrats and Independents to vote in the Republican primary. This is attractive to some elements of the GOPe, who see it as a way to squeeze out the GRC and maintain control of the party, even if they lose in […]

[…] For the pro-primary folks, when a convention is chosen they have concerns about the efficiency of the process and the difficulty of participation by a broader electorate. When a primary is selected, the pro-convention crowd worries about the nominee not reflecting the real will of the Republican base, and that instead the nomination will simply be bought by the candidate with the most name ID or the largest bank account. We also have concerns about primaries often favoring whichever candidate benefits by participation of Democrats and others who cancel out the preferences of actual Republicans (see, e.g., Sen. Emmett Hanger). […]

Reply
Culpeper Freedom » The Bull Elephant: Sen. Emmett Hanger is Exhibit ‘A’ in the case against the Incumbent Protection Act June 15, 2015 at 5:46 am

Correct!! And .. the Republican Party of Virginia thinks the IPA is A-OK!! Right?! After all – it’s codified in their State Party Plan!! Hmm?

Dan Moxley’s worst enemy is NOT Emmett Hanger, but Hanger’s friends – the establishment-types in the party who want to crush outsiders/Conservatives/Tea Party. They’re biding their time; ‘Eric Cantor for Governor!’ –> coming soon from the GOPe.

Thumb your nose at the establishment and blue-blood Republicans. Remember Dave Brat and his victory over huge odds. We did it once before; we can do it again.

If you care about limited government, lower taxes, and stopping Medicaid expansion – then VOTE Dan Moxley tomorrow! And give the GOPe another nasty surprise!!

The RPV and Virginia Republicans will remain increasing vulnerable to continued Democratic political inroads and potential outright majority capture of the state Senate, plus erosion in control of the GA, as long as this law is on the books. It is the worm at the core of the troubled Republican apple in Virginia and significantly contributes to Republicanism continuing decline in the state. Unlike Mr Spock in “The Wrath of Khan” who tells Captain Kirk “Logic clearly dictates that the needs of the many outweigh the needs of the few.â€ too many incumbent Republicans are solely focused on the continued support of this law only for the needs of “themselves”.

Prediction: Dan Moxley wins the primary. I encourage anyone who values individual liberty and constitution conservatism to vote for Dan and/or call any friends or relatives in the 24th and encourage them to do so as well. I don’t even live there and I jut donated to Dan again because I value men of principle. If he becomes a state senator, I guarantee he WILL be the most conservative.

Well you nailed that one. Good job.