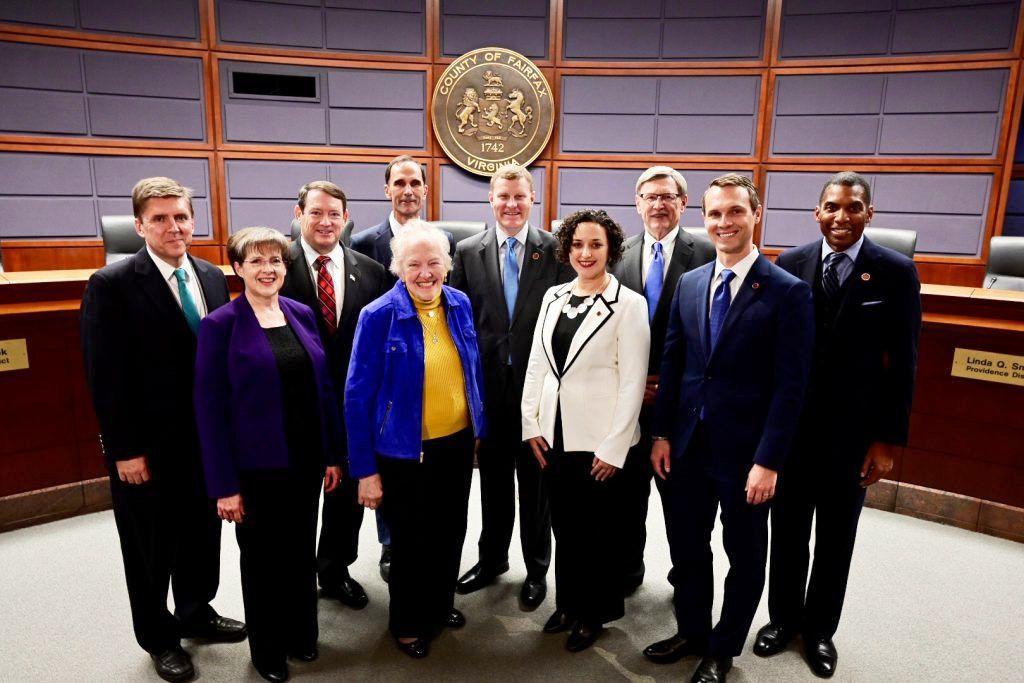 Fairfax County Board of Supervisors

On October 5, 2021, the nine Democrat Supervisors on the Fairfax County Board of Supervisors voted to ask Governor Ralph Northam for permission to suspend the election law requirement that signatures on absentee ballots be witnessed for the 2021 election.  Republican Supervisor Pat Herrity voted against the proposal.  See Virginia Star article here. At this time, the text of the letter sent to Governor Northam does not seem to be available on the Fairfax County government website.

Significantly, nothing in Virginia Code, Title 15.2 (Counties, Cities, and Towns) or Title 24.2 (Elections) gives the Board of Supervisors jurisdiction or authority over elections, or the right to involve itself with matters committed by law to the state and county election boards.  Absent such statutory authority, the Fairfax County Democrat Supervisors are intruding on election matters outside of their jurisdiction and authority.

Furthermore, the vote shows the Democrat Supervisors are: (1) ignorant of, or indifferent to, the Virginia Constitution; (2) not honoring their oath of office; and (3) willing to commit an act that warrants their removal from office.

The Virginia Constitution, Article I, Section 7 states: “Laws should not be suspended.  That all power of suspending laws, or the execution of laws, by any authority, without the consent of the representatives of the people, is injurious to their rights, and ought not to be exercised.”

Under Virginia Code, Section 24.2-233, an elected official can be removed from office for neglect of duty or misuse of office.  In a case appealing the removal of a Commissioner of Revenue of the City of Hopewell, the Virginia Supreme Court specifically stated that, in an earlier removal case involving a mayor, it had approved a lower court jury instruction which included the following language:

The rule of law is a precious principle that developed over centuries of political struggle in England, was embraced by the American colonies before the War for Independence, and is embodied in the United States Constitution and the Virginia Constitution.  Acting in matters outside one’s jurisdiction and authority is a misuse of office and a violation of the rule of law.  Unauthorized suspension of the law is antithetical to the rule of law and representative democracy.  Actions by government officials that seek to ignore, evade, or circumvent the rule of law are subversive of the freedom and liberty of all Virginians.

The people of Fairfax County have a fundamental right to hold the Democrat Supervisors accountable (Virginia Constitution, Article I, Section 2), to petition the government for redress of grievances (Virginia Constitution, Article I, Section 12), to protect their liberty and freedom under the rule of law by using the legal process of removal (Virginia Code, Title 24.2, Chapter 2, Article 7), and to seek whatever judicial relief is available to stop the Democrat Supervisors from suspending, or interfering with, the implementation of existing Virginia election law.

[…] On October 5, 2021, the Fairfax County Board of Supervisors (BOS) voted 9-1 to ask Governor Ralph Northam for permission to suspend the statutory requirement that absentee ballots had to be witnessed for the 2021 election.  This request was made despite the fact that BOS has no jurisdiction or authority over election matters under the Virginia Code, and its request sought “permission” from the Governor that would be in violation of the anti-suspension provision in Virginia Constitution, Article I, Section 7.  See the article here. […]

Fairfax does not use Dominion voting machines: https://www.fairfaxcounty.gov/elections/voting-equipment

The country has a voter-verified paper audit trail. (As if CWS is interested in learning about facts.)

Note that Fairfax County is still under a state of emergency, while the rest of the Commonwealth has moved on. Given the history of “finding” ballots in deep blue Fairfax when they are needed, I have to think Democrats maintained their emergency powers in cases they need to “go to the well” during the November election.

There is no history of finding ballots. Ballots are counted accurately, and subject to audit.

Yes, Cathy, the democrat supervisors are consistent with the lawlessness of our times.

The “oft used expression” “unsustainable” today refers to the United Nations Agenda 21/2030 usage, most often correctly understood by younger generations who have been indoctrinated in “sustainability.” To them unsustainability means we are not in harmony with nature by using too many resources. A UN definition is the balance between the environment, equity and economy, the “Three E’s” [aka New World Order]. The older generations might say eating our seed corn is unsustainable. I have been known to say sustainability means we are to live on the land as if we don’t live on it (slightly exaggerated).

Typical modern socialist democrat. Can’t win elections so they try to steal the political power by any and all means. FJB and his team are very nasty and evil people.

I am a Democrat who, like every Democrat I know, loves our country. Just find an actual Democrat and ask them! You might be surprised to learn that we have families, pay our taxes, are engaged in our community (I’m the President of our local Rotary Club, for example).

Spot on ! Very sad, the resaon i departed with Farfax County in my review mirror in 2007. The sad part is i have many freinds and relatives who remain behind and all well aware of the hypocracy yet they do not want to get involved and would rather see their indivudual freedoms and liberty taken aways on slice at a time – they deserve what they get throuh their inability to take a stand.
“Appeasement is feeding the alligator and hoping he eats you last.” —Sir Winston Churchil

Doesn’t matter the dominion voting machines are being used and the dems will hold power because of it!

Well said. We are living in dangerous times when the Rule of Law means whatever politicians want it to mean. To quote an oft used expression: this is unsustainable.