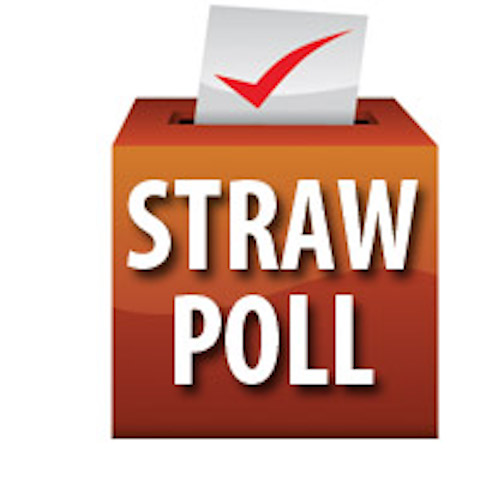 There were 313 votes cast in the straw poll with the following results:

“1 in 7 Virginia voters lives in Fairfax County. No candidate has been elected Governor of the Commonwealth without also carrying Fairfax County in more than 30 years – and that includes Republican Governors McDonnell, Gilmore, and Allen. Winning in Fairfax County is the key to winning in Virginia.  The FCRC is looking forward to working with a strong statewide ticket after the June primary, and we will be ready to make that happen.”

Fairfax is very liberal
Its a toss. The same people run the county for 30 years

2 Corey people here who were not at the breakfast but who would have been votes for him. We actually were pretty happy with Cory’s showing at this thing, given that Ed is the establishment choice, which much more money and a previous run behind him. Way better than expected. Wagner will probably be out soon, leaving it between the 2 main candidates.

Wait, there was a breakfast??

You had 560,000 voters show up at the polls in November. Apparently there is one Fairfax Republican for every 1,867 Fairfax voters.

But it was a Saturday, and it was temperate, and the day ended with a ‘y.’ so that could explain the swell turnout.

Any elected Public officials not running this cycle show up? Any RPV party officials? Any SCC members?

I will not vote for establishment Ed

Apparently neither will enough Republicans in Fairfax County. This has not been a good week for Lobbyists.

There is no difference between globalist Ed and the Dems

Which is why Corey will be the nominee.

She doesn’t need to vote for Ed because Corey will be the nominee. The better way to say is that All good Republicans will strongly and vociferously support and vote for the nominee.

People just do not realize Trump is taking the Republican Party down along with himself. That Wall St. written healthcare BS showed what cards he is playing.

The Democrats suck, so where do we go?

Nah, President Trump is rescuing the GOP, if he can pull it off.

The only saving grace for the suckiosity of the Republicans is that the democrats are worse.

Once the GOP sheds the weasels and parasites, President Trump will have something to work with.

It will be glorious!

What difference does it make in a blue county?

I think our best hope from Fairfax going forward is to try to get 35-40 percent and get high turnout from rural Virginia to make up the difference.

Elections are mainly decided by the cities. Most of those cities are blue or light pink. Recent elections have been over by 9:30 pm. Way before Fairfax reports a single precinct. If the GOP isn’t up huge by then, Fairfax seals their fate.

They have more votes than most of the red counties combined.