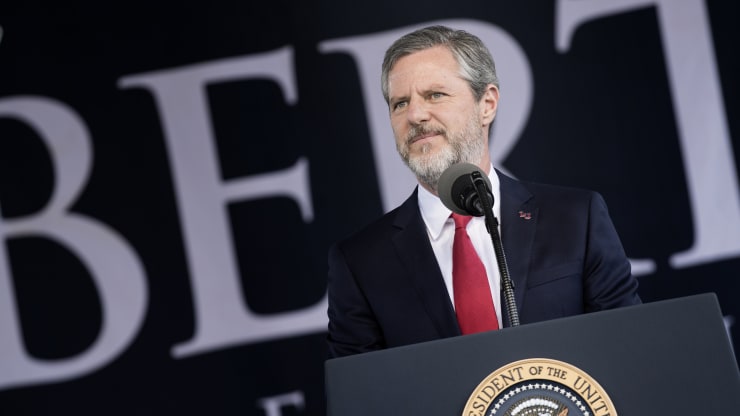 Liberty University President Jerry Falwell Jr. has agreed to resign his post with a severance page of $10.5 million.

Under the terms of a 20 page contract signed in 2019, Falwell, who is 58, will receive $2.5 million, equivalent to 2 years salary. After two years he will receive $8 million in retirement. Falwell maintains he has done nothing wrong.

Jerry Falwell told The Post on Tuesday that he had not been involved in an affair, but his wife had; Becki Falwell, in the same interview, confirmed that account. Falwell said he was leaving Liberty in part because he did not want his wifeâ€™s conduct to embarrass the school. But he also said he had been bored and wanted to move on.

Falwell has been President of Liberty University since 2007 when he took over the position following his father’s death. Jerry Falwell Sr. was the founder of the university.