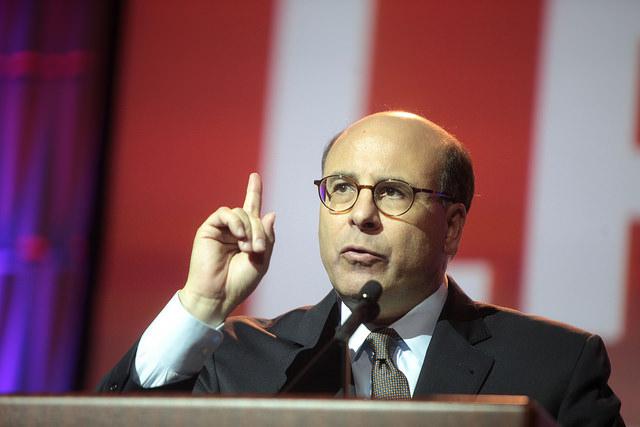 The Federal Election Commission (FEC) has decided to remain a step behind the changing technological world, likely so that they can still have a place in our government. After an FEC meeting and vote it has been decided that the organization would continue its censorship of Internet based websites, radio, streamed movies and even books. Effectively allowing the organization to maintain control over a significant portion of modern American media.

An amendment submitted to the FEC on Sept. 29, 2016 by Commissioner Lee Goodman specifically aimed at modernizing exemptions to FEC regulation in accordance with technological changes in the 21 century was struck down by Democrats led by Ann Ravel, who called the attempt “pitiful.”

Ravel won based on a split 3-3 decision, meaning the law would stand as is without an expansion of the “press exemption” which currently states that “a media entity’s costs for carrying news stories, commentary and editorials are not considered ‘contributions’ or ‘expenditures.’”

With Goodman’s proposal online blogs, documentaries, satellite radio and books would be free of FEC regulation and suppression. As Goodman defends, this would clarify the law without changing it. Why?

Because it would follow the framers’ intention within the First Amendment of the Constitution where freedom of press is explicitly outlined. They did not mean the “press” as some elite cadre of journalists, they meant the printing press, as explained by UCLA law professor Eugene Volokh in his 2011 paper on the topic, “The Freedom…of the Press, from 1791 to 1868 to Now:  Freedom for the Press as an Industry, or the Press as a Technology?”

“Through-out American history, the dominant understanding of the Free Press Clause (and its state constitutional analogs) has followed the press-as-technology model. This was likely the original meaning of the First Amendment. It was pretty certainly the understanding when the Fourteenth Amendment was ratified. It was the largely unchallenged orthodoxy until about 1970,” Volokh writes.

Volokh continues, “Since 1970, a few lower court decisions have adopted the press-as-industry model. But this has been a distinctly minority view. Supreme Court majority opinions have continued to provide equal treatment to speakers without regard to whether they are members of the press as industry. And while several opinions have noted that the question remains open, the bulk of the precedents point towards equal treatment for all speakers — or at least to equal treatment for all who use mass communications technologies, whether or not they are members of the press as industry.”

The freedom of the press so often interlocks with freedom of speech, but the press, which can be used by anyone, obviously protects an individual right that cannot be abridged.

That is, whether the writer is working in a blog, through a video published online for streaming, or writing an e-novel, they deserve the protections of the First Amendment.

However, if this was upheld and regulations were not applicable to these groups of people the FEC might not have a reason to exist. The group would be unable to moderate the “contributions” and “expenditures” of any members of media in order to submit to the freedom of the press, forcing the FEC’s power to shrink significantly.

The current restrictions to freedom of the press contemplated by the FEC keep freedoms locked in an archaic, pre-constitutional time where today’s technology simply did not exist, and uses that as a justification for censorship. With Ravel’s debate remarks and Twitter attacks on the Washington Examiner and the Daily Caller for daring to report on Goodman’s amendment, it seems the “pitiful” right leaning media would be the first to be moderated by these unelected bureaucrats.