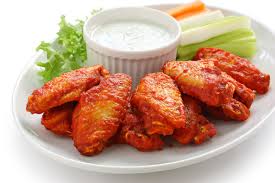 Food Consumed During the Super Bowl

The Super Bowl is secondly only to Thanksgiving for food consumption in the US. Â Fox News has an interesting graph showing the foods most commonly consumed during the game.[read_more]

Enough chicken wings will be eaten for every man, woman, and child in America to have three each, 1.23 BILLION wings. Â Eight million pounds of guacamole along with 14,500 tons of chips will be enjoyed during the big game. Four thousand tons of popcorn will be consumed. To wash it all down, 49.2 million cases of beer will be sold today.

What’s on your plate?