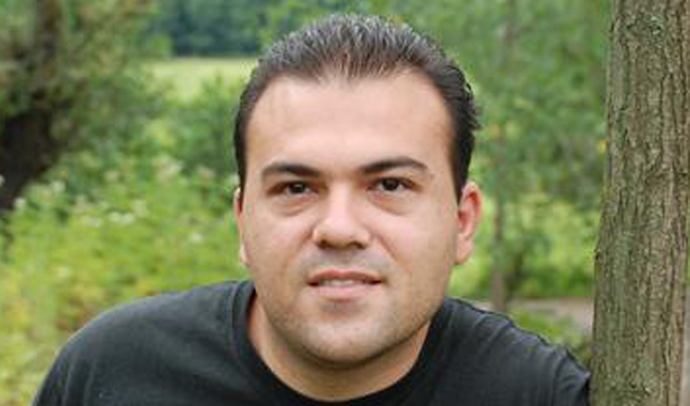 Former U.S. hostage in Iran was told to find his own way home

For three and a half years, Pastor Saeed Abedini was imprisoned in an Iranian jail before being released last January, in what some people believe was a hostage exchange for ransom money.

An Iranian-American and Muslim convert to Christianity, Pastor Abedini was imprisoned for his Christian faith and charged with subversion. His torture and suffering while in jail were known around the world, and an untold number of prayers were answered when news came of his release.

Saeed Abedini was one of three American hostages freed by Iran last January, only after a planeload of cash — $400 million in cash — landed close by on the tarmac where they were waiting to fly out of Iran.

When the freed men arrived in Germany, Saeed Abedini was told he would have to buy his own plane ticket back to the United States, despite the financial distress to his family after his imprisonment.

Think about that for a moment. Only a few hours earlier, the United States had transferred $400 million in cash to the Iranian government, but would not pay for Abedini to get home to his family…after three and a half years of tortured imprisonment!

“They didn’t even intend on helping me get home. Without the kindness of friends like the Rev. Franklin Graham, I would have been stranded in Germany. In spite of all I had experienced, I felt completely dispensable.”

Another man stepped forward to help Pastor Abedini’s family during his imprisonment. Donald Trump met with his family and gave them $10,000. In a recent Facebook posting, Abedini spoke of his gratitude for Trump’s support:

I know [he] fought for me and called my name so many times. Hillary never called my name or met my family. She never did anything to help when I was in prison as an American pastor who was detained in Iran as a hostage.”

In another Facebook posting, Abedini expressed his belief that God is working through Donald Trump to accomplish His purposes. He wrote that, like each one of us, Donald Trump is “a flawed man, in the process of spiritual growth. … We are a nation, a people who are also sinners, saved by grace. Redemption is God’s specialty.”

Pastor Abedini is trusting Donald Trump to lead our country. He also is trusting God “to finish and equip for the future what He has already started.”

Former U.S. hostage in Iran was told to find his own way home was last modified: November 1st, 2016 by Guest Contributor Catharine Trauernicht

I have heard several stories like this recently, all involving Mr. Trump’s kindness and generosity. I am praying for his victory next week. He truly has a kind heart.

I hope Pastor Abedini is finding the healing, nurturing, and support he needs. I met the boys from Benghazi, quite the experience, but one of the things that struck me the most about the encounter is how hurt and betrayed they felt, rightfully so. Any time any person has given their all and is betrayed the damage is hard to heal.

🎯@RudyTwoThree you so right. Betrayal hurts deeply. Thank God He is deeper still…with His arms underneath upholding us, and embracing us. His favor going before us, and guarding from behind.#FaithfulGod ❤

Not a saint, most definitely as sinner, but whatever his faults, D. Trump is frequently there with a needed helping hand. I much rather this kind of imperfection at the helm, much preferred over Murder and Mayhem Incorporated.

Mr. Trump never mentioned this to the press. It came from his heart.

He never mentions these unless they ask/thank him.

Thus the corrupt nature of Hillary is revealed and the kind heart of Trump revealed. Does Hillary even have a heart or simply the blackness of a lost soul.

She has no soul, she has no heart, she is evil incarnate.

It is worse than you can imagine.