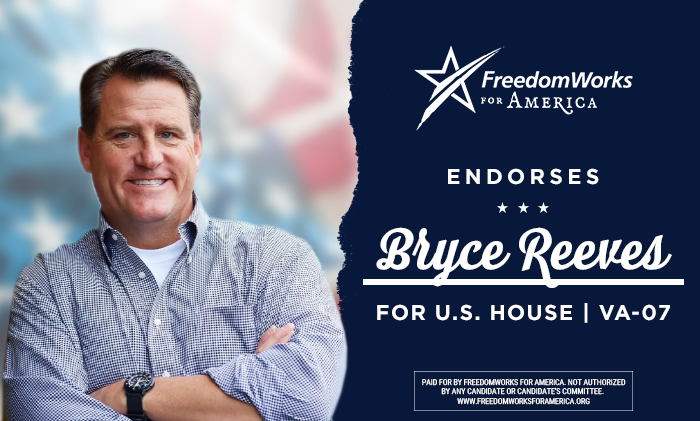 “Jeanine Lawson is a true grassroots conservative who has demonstrated exemplary leadership in her local community. Twice she was elected to the Prince William County Board of Supervisors, where she helps her community flourish by keeping taxes low and supporting small businesses. We firmly believe that she is ready to take the leap to Washington D.C., where we know that she will continue to faithfully advocate on behalf of her constituents.

“Earlier this week, a red wave swept across Virginia. This election was not only a referendum on Democrats and Biden’s failing agenda, but also a response to the positive vision offered by conservatives for our country’s future: safe communities, pro-growth policies, and parental choice in education. This victory lays the foundation for more red wins in 2022, especially in Virginia.

“Virginia’s tenth was once a red district; with a candidate as principled and promising as Miss Lawson, we are confident that we can flip this district red once again. We wish Miss Lawson the best of luck as she heads into 2022. Our grassroots activists are eager to begin advocating on her behalf in Virginia’s tenth.”

“Virginia State Senator Bryce Reeves understands that it is an honor and a privilege to serve his fellow Americans. He came to know this first by serving in the Army and then as a detective. Currently, he lives by that mantra as a state senator, a role in which he fights every day to keep Virginia’s communities safe and its economy flourishing.

“Earlier this month, Republicans won across the board in Virginia’s state-wide races. It is clear that any goodwill left for Democrats in the state is rapidly fading, especially as establishment Democrats like Abigail Spanberger continue to do nothing to stop a failing, America-last agenda at the national level. Sen. Reeves will stand up for his constituents and do what it takes to get the leftist grip out of our public schools; curb inflation and control government spending; and make sure that Virginians can feel confident in their leadership once again.

“Bryce Reeves is the right man to defeat Rep. Spanberger and help fire Nancy Pelosi as Speaker of the House. We wish him luck and are excited to mobilize our grassroots activists in support of his candidacy.”

Who is going to run in the 2nd district? Thanks