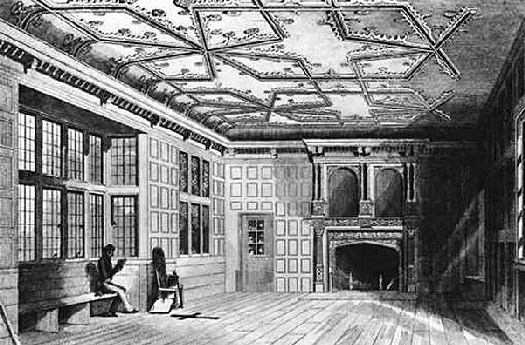 Intrepid reporter Kathryn Watson at The Daily Caller News Foundation just wanted to get copies of administrative subpoenas issued by the Federal Trade Commission. The FTC replied to her Freedom of Information Act request with obstruction.

Nobody knows how many administrative subpoenas are issued by government agencies. Administrative subpoenas are warrants for records such as private â€œpapersâ€ and emails. They are issued unilaterally by government bureaucrats, and are impossible to reconcile with the Fourth Amendmentâ€™s requirements of â€œoath and affirmationâ€ of â€œprobable causeâ€ before neutral judges.

Watson and The Daily Caller News Foundation have been doing the work that Congress has failed to do in its oversight functions, and have issued multiple FOIA requests to various government agencies to get a sense of how many of these subpoenas are issued.

Watson recently wrote about the FTCâ€™s response to her FOIA request. The FTC, under President Obamaâ€™s mockable â€œmost transparentâ€ administration in American history, â€œclaims in a Nov. 24 letter that at least some of those records are exempt â€˜because disclosure of that material could reasonably be expected to interfere with the conduct of the commissionâ€™s law enforcement activities.â€™â€

The FTCâ€™s letter to Watson expressing refusal to obey FOIA corruptly relies on a 1978 case, NLRB v. Robbins Tire and Rubber Co., which held that FOIA exempts statements of witnesses who would testify in disputes between labor organizations and businesses. The basis for this exemption is fear that disclosure of witnesses would lead to their being intimidated against testifying.

It is hard to believe that any witness statements would be found in administrative subpoenas. Even if they were, they could be redacted. Reporting by the press, it appears, is really what the FTC believes as interfering with their law enforcement activities.

As Iâ€™ve written, administrative subpoenas are relics of the Star Chamber, the notoriously secretive and abusive Kingâ€™s council that the English despised and eventually outlawed in 1641. And, unilaterally issued warrants were considered unlawful even before the Fourth Amendment was written.

Administrative subpoenas are frequently used as bureaucratic weapons to punish or intimidate businesses and others. As reported at National Law Journal, one company â€œput out of business under the weight of a Federal Trade Commission data-privacy investigation is now suing three agency attorneys for allegedly bringing a case based on â€˜fictionalâ€™ evidence.â€

The FTC has gone full â€œStar Chamberâ€ in its secrecy and use of administrative subpoenas. Itâ€™s time for Congress to act and stop this soft police state among federal agencies. Bureaucrats need to comply with the Fourth Amendment. Warrants require probable cause and oath and affirmation before neutral judges.

Throw another log on the fire and add “civil forfeitures” to the list of grossly illegal activities that the government now conducts with impunity and nobody other than the author and the two posters here actually care about.

The FTC is just one example of the usage of these type of subpoena instruments under the Obama administration and their usage goes much farther back into the Bush years. It is a plain and simple violation of the Fourth Amendment that just can’t seem to raise any concern among our elected congressional representatives nor the US judiciary. This isn’t chipping away at the US Constitution but applying a sledgehammer to it.