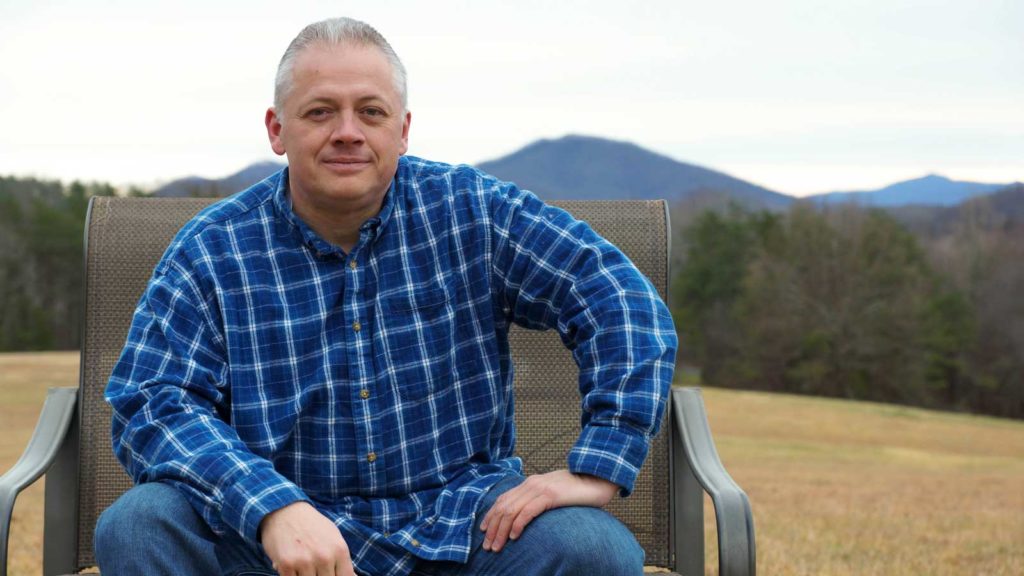 Brother, can ya spare a dime for Denver Riggleman?

I promised to do a piece on all the unusual, moneyed subterfuge around every hopeful vying for governor this year because we often forget what’s in plain sight. The money doled out by special interests with the hope of preferential treatment, we almost become numb to it. It’s been tough doing a follow-the-money column on a candidate who only has 40k in the bank; it’s like sending Robin Leach and a camera crew to the trailer park. So I decided to do a reverse-donation search here.

Denver Riggleman announced his gubernatorial run to the Lynchburg News & Advance as a ‘Liberty-Minded’ candidacy. He has shined a scathing spotlight on Dominion Power and the lobbying power brought to bear with campaign contributions. Turns out, he recently donated 1000 dollars to a candidate who’s taken $12,000 from Dominion and Appalachian Power to push a controversial pipeline through his own property. It’s the only political donation he’s made in the past 7 years; and it wasn’t to the ‘liberty’ candidate.

Delegate Richard Bell of the 20th District has received at least $1,000 per year from Dominion Power for the past 8 years. He has received over $38k from the energy industry in total, including $5k from Alpha Natural Resources whom I just gave a wag-of-the finger for bankrolling Frank Wagner. Bell has also received $4k dollars from McGuire Woods; a ne’er-do-well firm that worked with Hillary Clinton on TPP and whom I rebuked in Ed Gillespie’s ‘Funny Money’ article.

What makes this harder to swallow is the man Bell defeated with the help of Dominion Power and Riggleman’s money: an actual ‘Liberty Candidate’ – economist Will Hammer of the Libertarian Party. Hammer had a consistent message that sounds very similar to what Riggleman is pitching now.

Bell received a lot of flak from his constituents about the Atlantic Coast Pipeline, which is planned to go right through his district. He did put forth HB1696, which is a half step in the right direction. But I believe he did so just to throw a bone to his constituents. It still wouldn’t stop the ACP and he knew it wouldn’t get anywhere.  I stood firmly against the ACP and against eminent domain because I believe property rights are the foundation of freedom,” says Hammer.

In early 2015 Riggleman was featured in a documentary about the controversial pipeline, months prior to his donation to Bell, whom had been funded by Dominion for years. Hammer has never taken a cent from Dominion, probably because smart companies don’t waste money on candidates who will oppose their interests.

“I like Denver and agree with most of his positions,” Says Virginia Freedom Caucus leader Waverly Woods. “I just wonder, where has he been? Folks like Martha Boneta and I have been fighting for property rights for years.”

The Riggleman campaign was reached for comment, but as of this time hasn’t been able to respond.  I seriously look forward to an answer, and perhaps more scurrilous campaign money to flow Denver’s way although I know that’s not his style. Riggleman is going to need to keep barnstorming the Commonwealth to gain steam on the others as he waited until December to announce. I promise to revisit this if any ‘funny money’ finds its way into his coffers.

UPDATE:  The Riggleman campaign has confirmed that Denver donated $2,000 to Tom Garrett in 2016, although as of this writing has not been disclosed by VPAP.

I came to learn something– but found very little– surprised

There are two statesmen in this race.. Ed Gillespie and Denver Riggleman. Pick a statesman and get your people to the polls.

Property rights huh.
One of our local Campbell County BOS Members votes against development in his back yard unless it is the expansion of Timberlake Christian School, then votes to approve the same style development in another district not being neighbors to that property.
Not in my backyard but ok in yours and the only reason; the tax base will rise.
Enough of the self serving reps.

Ask the people of Nelson county where Denver has been. Just because you don’t get famous doesn’t mean you weren’t fighting.

Infamous are the others.

Zach, I realize you are busy, but you have replied to this here and on Facebook, but you weren’t available to talk to me for a few minutes this weekend?

I apologize again. I was literally busy from 8:30am to 9:00 pm Saturday or out of cell service. I almost always on the phone these days if not working an event. I apologize again for not getting back to you in a timely fashion.

not knowing anything about him–I would expect a lot of likes in your posting if many people agreed with you– at least 1?

Where was Denver before December? Living his patriotic life in Virginia and raising a family. Served honorably in the military and then did intelligence work. With his wife started a distillery and became a small business owner. Who saw firsthand the corruption in Richmond and set out to fight it.

Very inspiring. Denver will bring a fresh air to Richmond’s stench of corruption. Vote for Denver for VA governor!

Richmond has caused more harm to my business and our families than the Fed ever has.
This election is of great importance to us , he is the only pure candidate.
The only one I expect understands ground up business, or that loosely used phrase “grassroots “.