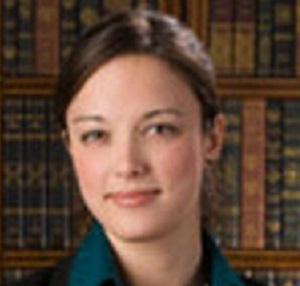 Despite the cloud of corruption hanging over the nomination of Martha Puckett Ketron to the Virginia bench, 39 Senators and 65 Delegates voted today to elect her to a six-year term as a juvenile and domestic relations court judge in the 29th Judicial District.[read_more]

The vote in the Senate was 23-0, with two Democrats joining the Republican majority. In the House the vote was 65-0, and although we do not have a detailed breakdown of votes yet, it appears to have also been largely along party lines.

Ketron was at the center of the scandal surrounding her father’s resignation from the Virginia Senate, a body which had refused to confirm Ketron as a judge because of anti-nepotism rules. As readers undoubtedly recall, Puckett allegedly made a deal for his daughter’s nomination and a job on the tobacco commission for himself in exchange for throwing the Senate back to the GOP.

Puckett’s resignation came just as the grassroots Republican wave that crested with the stunning primary defeat of former U.S. House Majority Leader Eric Cantor.Â  That wave came crashing down on legislators (see #BLACKorBUST) who had previously refused to act to remove language inserted in last year’s budget bill to allow the Governor to expand Medicaid without additional approval by the legislature. With Puckett’s resignation, the GOP gained a majority in the Virginia Senate, meaning lawmakers could no longer use a Democrat majority there as an excuse to refuse to address this backdoor to Medicaid expansion.

I’m still waiting for an investigation of Mark Warner’s role in the illegal scheme to offer the tobacco commission job to influence the candidate..

2 things. First, what is the actual problem with her election? Second, is it too much to ask that posts be proofread before being posted?

Got an editor for us? Are you applying for the job? With all the posts we write, we could sure use the help! Thanks!

Regarding that editorial opening, ah, where do I apply? Do I have to be fluent in Spanish? EOE?

Mike, no one said there was a problem with her election. It’s just interesting, particularly given the circumstances and the partisan breakdown. Re the proofreading, yes, it is too much to ask. So don’t.

Where can one find the roll call for this corrupt vote in the House and Senate?

One has to wonder how long before the job market opens for”dada”?

If it was not for a stupid move by Sen. Warner, the indictments would have came months ago, instead the “game of corruption” was ruled a “tie game” by Justice.