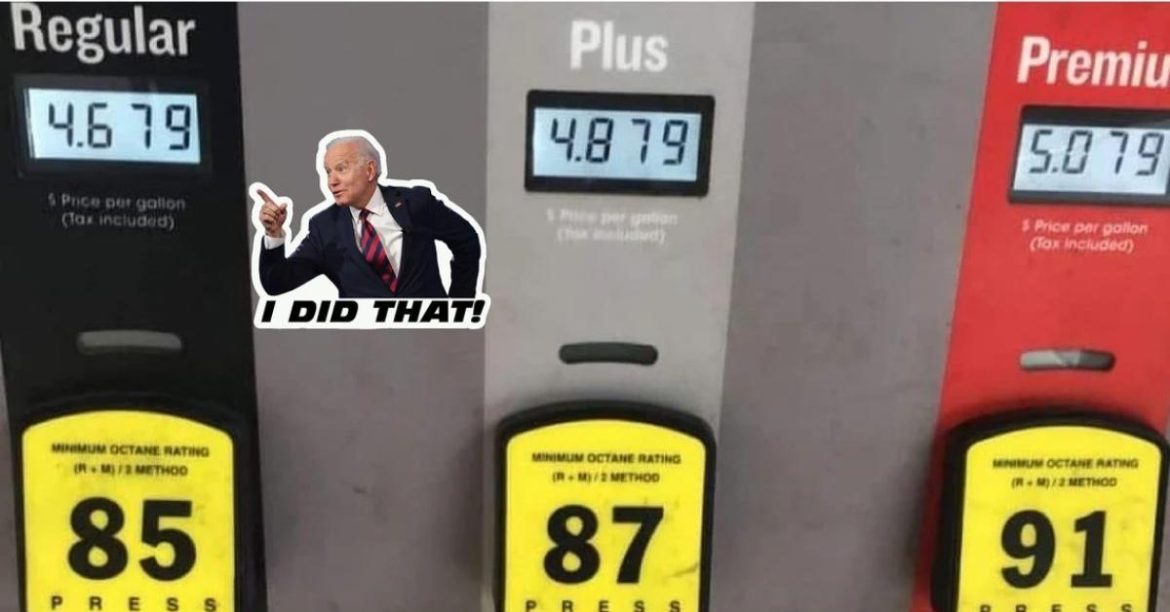 An article in the liberal leaning news site â€œThe Hillâ€ is less than glowing in its regard for the Biden administrationâ€™s decision to release fifty million barrels of oil from the nationâ€™s Strategic Petroleum Reserves (SPR). One key point in the Zack Budryk article is that Biden will want to take credit for a reduction in gasoline prices that would have happened â€“ and had already started to happen â€“ without the government doing anything.

Gasoline prices have historically fallen at this time of year. Vacations are over and school is in session, so most people are driving fewer miles. Because people are using less gas â€“ about two million barrels less per day during the winter months compared to the summer months â€“ the law of supply and demand dictates that prices go down.

Patrick De Haan, head of petroleum analysis at GasBuddy, points out that oil prices had already been on the decline before Bidenâ€™s announcement. He also notes other factors contributing to a reduction. One of the biggest, he said, was an increase in coronavirus cases in Europe, increasing the likelihood of new travel restrictions or lockdowns that would reduce demand. He was right. Since the article was published, new travel restrictions have been issued by the European Union, the United Kingdom, and the United States prohibiting travel to or from several countries in the south of Africa due to a new Covid variant.

Tom Kloza, co-founder of the Oil Price Information Service, notes that Americans will probably see 60 to 75 days of gas prices â€œwobbling a little bit lower.â€ He doubts that prices will either drop sharply or gain significantly in the near term. However, Kloza warns that as gasoline demands return to pre-pandemic levels, Americans could see another sharp spike in prices next spring.

Republicans will point out that Biden canceled the Keystone Pipeline, however, even if uninterrupted, the Keystone would not have been ready to deliver oil in time to do anything about reducing this yearâ€™s price spike. It did presage Biden administration’s attitudes toward the petroleum industry, and that alone had a chilling effect on oil production.

Another example of Bidenâ€™s anti-oil attitude is the ban on further development of oil resources on federal land put in place as soon as he took office. Even though that ban has since been lifted, the federal government has increased the royalties oil companies pay to drill there, further jacking up prices at the pump and for home heating oil.

U.S. Energy Secretary Jennifer Granholm blames the oil industry for the rising cost of gas. She says that oil companies have not yet begun wells despite holding thousands of permits. She refuses to admit that the federal governmentâ€™s flip-flop policies make it difficult for oil companies to afford to utilize those permits.

Then Granholm brings out the tired line that oil companies are making enormous profits. If she knew her business, she would know that those billions of dollars in the bank are necessary to pay the cost of drilling new wells. At the depths companies must reach in the search for new oil fields, the cost of a single well is over a billion dollars. And there is no guarantee that drillers will find oil at the bottom of the hole. Gambling one billion dollars against geological and seismic research with only an educated guess that there will be return on the investment requires a lot of cash in hand. Oil investors have a lot riding on a well. Because of the great uncertainty involved in oil exploration, investors are justified in seeking returns in keeping with the risks they take.

Additionally, before oil producers risk a billion dollars on a new well, they want to make sure the government is not going to shut them down â€“ ruining their investments â€“ with some bureaucratic regulation never even voted on by Congress.

As with most business in America, the best thing the government can do for the oil industry is get out of the way.

Bidenâ€™s SPR oil release is little more than a publicity stunt so that he can say he is doing something about the high price of gas. In reality, his actions, as do most actions so far by his administration, are politically motivated and accomplish nothing of real value for the American people.

Give it the gas was last modified: November 29th, 2021 by Guest Contributor Steven 'Doc' Troxel

You certainly know donkey. You are one. He-haw.

Are you talking to me?