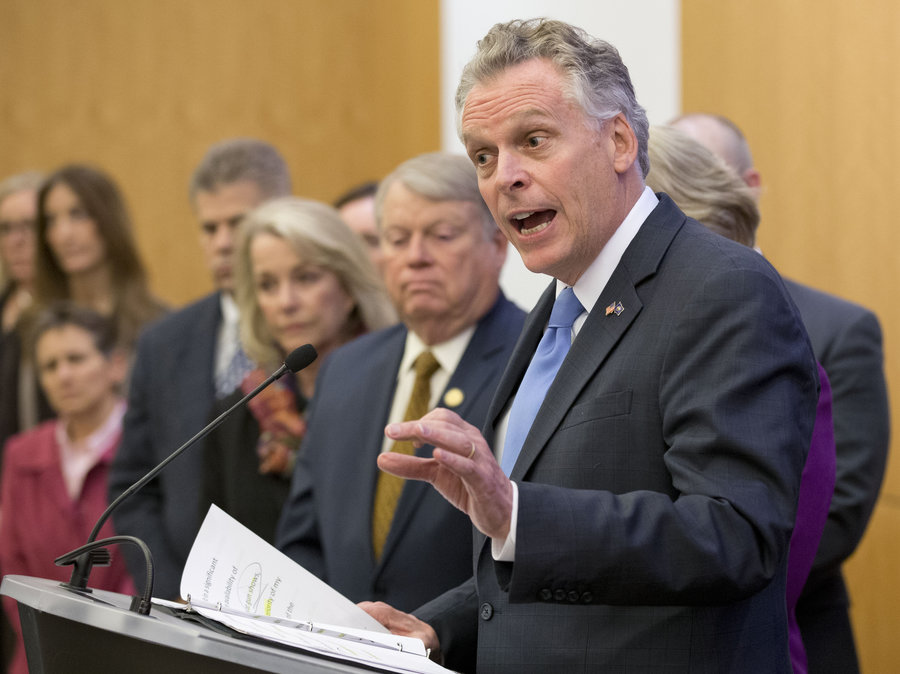 Earlier today, my TBE colleague Michael Giere expressed the sentiment of a lot of grassroots conservatives who were suspicious of yesterday’s news about a forthcoming deal in Richmond to reverse the Attorney General’s decision last month on interstate reciprocity for concealed carry permits.

Mike is right to be skeptical of snake oil salesmen, and the deals they craft in backrooms. Â Often, these deals contain provisions meant to escape the attention of the voters. Â This was not one of those instances, which is why gun control groups have been apoplectic at what they view as a huge capitulation by Virginia Democrats.

Pursuant to the deal, the General Assembly will passÂ SB 610, a bill championed by Sen. Bryce Reeves (R-Spotsylvania) with co-patrons Sen. Jill Vogel (R-Fauquier), Sen.Â Â Amanda Chase (R-Chesterfield), Sen. Bill Carrico (R-Grayson), and Sen. David Suetterlein (R-Roanoke). Â This will pave the way for 50-state reciprocity by requiring the Attorney General to enter into available reciprocity agreements, and will eliminate the ability for anyone who has had their Virginia permit revoked from utilizing reciprocity (i.e., you can’t rely on another state’s permit in Virginia if the CommonwealthÂ has already revoked your Virginia permit).

In exchange, Virginia law will be tightened up to comply with federal law barring guns from people subject to permanent protective orders for domestic violence. Â Contrary to some comments that have been made about this, the persons to whom this is applicable have significant due process protections.

The deal will also involve a requirement for the Virginia State Police to provide officers to be on hand at every gun show to allow individual sellers of firearms the option to seek a background check on any purchaser. Â When this is available, nearly every seller avails themselves of the opportunity to be responsible (no one wants to be the guy to sell to the next nutcase in a mass shooting). Â And, for those concerned about the potential for the Governor to monkey around with gun shows by not providing an officer, the requirement is on the State Police, not the gun show; if someone orders the State Police not to staff a show, they would be in violation of law, but the gun show can proceed in either case.

One potential stumbling block remains. Â The funding for the State Police portion still must be passed as part of the budget. Â Given the importance of this issue to many legislator’s loudest and most organized constituents, the Governor potentially has significant leverage to ensure the budget addresses some of his other priorities. Â Legislators must therefore steel themselves against the temptation to give in on other conservative priorities, such as stopping Medicaid expansion, in order to protect this important piece of bipartisan legislation.

Time will tell on that front. Â The legislators to whom we’ve spoken are all confident that the GOP will hold the line. Â We’ll be watching closely to make sure that’s the case.

On one hand, private sales between two people are deals done in trade in Law. On the other hand, putting a state trooper at a gun show for today’s optional background check is a nudge towards placing these same two otherwise private people into regulated commerce with the state as a third party person to the sale contract.

The state and its proponents always puts forth good intentions to justify this or that removal of Liberty. In this case, the state may allege that background check will do this or that good, but experience seems to prove otherwise. In point of fact, background checks to date don’t seem to stop evil people from committing unconscionable criminal acts.

This article actually favors erosion of Liberty. And it does not seem to object to the state’s continued assumption to a right to regulate the people in the ownership and exchange of property.

There was a time when the several states did not infringe upon gun ownership and sales, and the Federal government was not even in the equation.

Doesn’t a private dealer already have the option of obtaining a buyer’s background check from any of the numerous licensed dealers at a gun show?

No, because the dealers would be required to keep the paperwork from the sale.

It’s worth keeping in mind that McAuliffe hasn’t yet signed the bills. He’s not known for his integrity. What guarantees do we have he won’t simply sign the permanent restraining order bill and then veto the reciprocity bill, and just say “Oh, my bad.”?

Some people have trouble accepting a victory.

Evidently on the facts of the “compromise,” gun owners may be marginally better off with this deal. I trust Steve’s judgement and that of VCDL, the gold standard for protecting our gun rights in Virginia.

However, if you’ll re-read my piece, my real concern was that we have a radical, out of control, hyper AG in this guy Herring – and he’s acting unilaterally outside the bounds his power, unchecked. This isn’t about guns so much as we have these radicals “Obamaizing” the way we do business in Virginia. Edits. Orders. Mandates. These people are poison to the democratic process.

Someone responded to my article stating that the AG was within the “law” to do this. Okay, I’ve read the statute numerous times, and I keep coming back to the fact that no other AG, Dem or Rep, has raised any issues and the state has signed long standing agreements with 25 other states. What’s the problem? No one has presented even one instance where a Virginia resident has been turned down for a CCP in VA and gone to another state for a CCP. Has it happened? Perhaps, though every state that I know of runs a NICS background check for a CCP, so they couldn’t pass another state’s check either. His basis for unilaterally action was inside the confines of his radical agenda – to disrupt – to agitate – to circumvent – and drive chaos. That’s what radicals do.

Again, thanks to Steve and VCDl for giving us some good news. The battle is never over.

I’m not sure I see the victory here. You begin with a situation that required no intervention, introduce questionable unilateral fundamental change to that state and then agree to a new status quo that adds additional regulations and claim victory. Let me see, so I guess in your worldview, if I get mugged and the perpetrator steals all my cash, my wallet and my watch but prior to moving on to his next victim has a change of heart and decides to return my 20 dollar Timex, I should be claiming a victory. Call me confused but I think a victory would have been not having been mugged in the first place. This wasn’t a negotiation or a compromise it was a hijack.

There were not enough votes in the Senate to override a veto, and it would have been very tight in the House.

Don’t believe that is correct from information I saw rather recently both in the media and from serving acquaintances can you point me to your sources to correct my information. If I recall correctly there was a shift of three Democratic yea votes in the Senate. Did they whip this recently and something changed? I would be curious and if so who shifted support and when (i.e. pre or post agreement).Thanks

Instead of calling this a “huge capitulation”, how about calling it a good political compromise?

What happens when Andy Parker threatens to beat up McAuliffe?

Steve, I think that your article gives the impression that there is not an EXISTING requirement for a background check on purchasers of guns from licensed dealers INSIDE gun shows. There is. Private (person-to-person) sales are not allowed inside gun shows, but there is nothing to prevent contacts made inside from turning into sales outside the building. The new law apparently provides the ability for someone to execute … with a background check through the state police … a PRIVATE sale (no licensed firearms dealer involved) INSIDE the gun show.

Will welcome clarifications from other gun owners.

Private sales are not allowed inside gun shows. Does that mean that unless you are a federally registered gun dealer you can’t have a table at a gun show?

I understand that about 1/3 of the tables inside are not selling guns. They sell ammo, holsters, souvenirs, parts, etc. Pretty sure that everyone selling firearms inside is a licensed gun dealer. However, this statement from above says that there would be “… a requirement for the Virginia State Police to provide officers to be on
hand at every gun show to allow individual sellers of firearms the
option to seek a background check on any purchaser.” Since all gun show dealers already are required to make background checks, it appears that this courtesy state police background check would involve private sales. Whether that private sale is actually executed inside the show, or later in the parking lot or elsewhere, don’t know.

Rick, that’s a great question. I’m not sure what the answer is. I’d been under the impression that this would allow private sales at gun show (and should have made this clearer). I’ll investigate.

There are private sales which occur within gun shows…nothing prohibits a private owner from renting tables and selling their firearms.