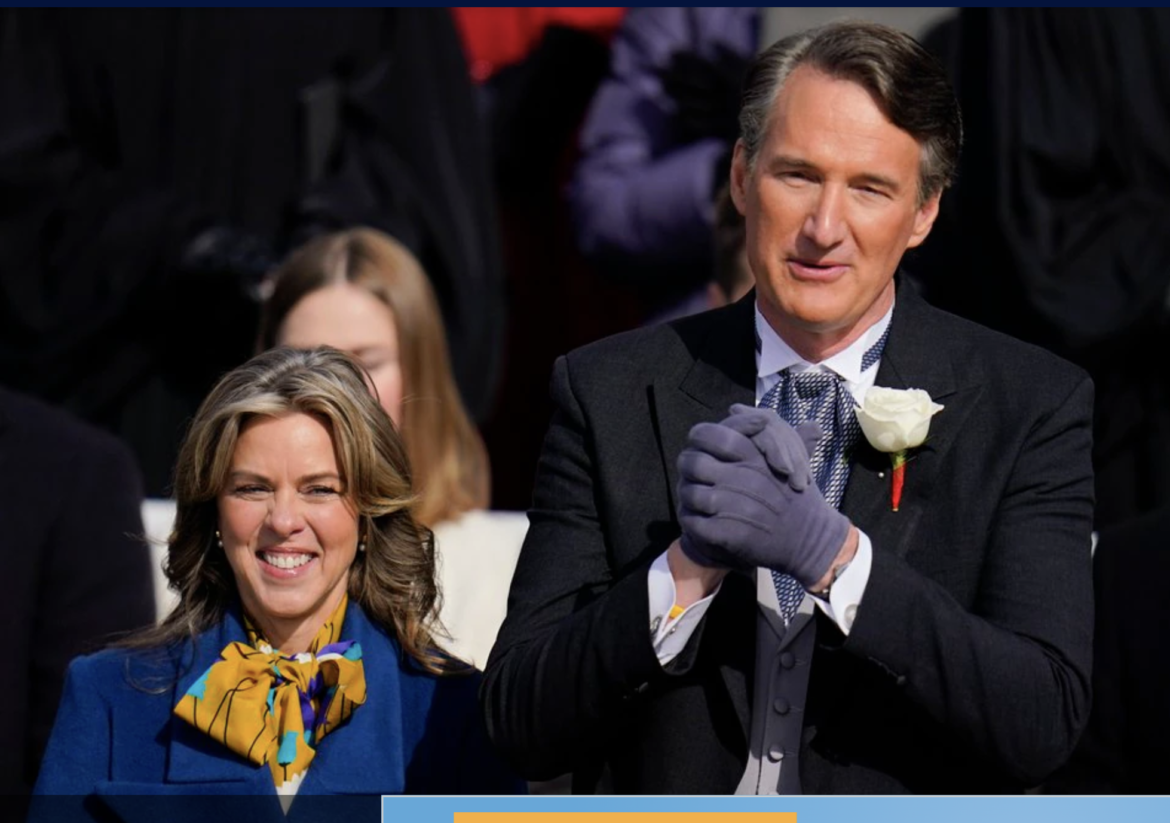 Governor Glenn Youngkin and his wife Suzanne at his Inauguration (source:AP Photo/Julio Cortez)

I don’t want my wife walking into her classroom full of unvaccinated, unmasked kids. Youngkin is wrong

I don’t want your wife teaching either.

Winsome sears said there will be a big effort in school choice. If teachers and there â€œunionsâ€ want to create problems for parents, then the money goes to the parents.

This is the moment we take the Democrat’s jackboot off the throats of our children!

We need a antisemitism commission, why. Pure pandering. Let me guess the commission members are 90% people of color. Has Youngkin dissociated himself from SPLC, there is your real race baiters? Will they be investigated? Ha!

So far, so good! Thereâ€™s a new Sheriff in The Commonwealth

It warms my heart to know that we have three qualified Virginians in high office who fully intend to do something with the authority they have. It is a new day in Virginia!

Within hours of taking office, Virginia’s newly sworn-in Attorney General Jason Miyares (R) cleaned house – firing dozens of lawyers, including those in the Civil Rights division – and announcing investigations into the Virginia Parole Board and Loudon County Public Schools.

Another accomplishment for Virginia day one….

Yes… what does some stupid half assed thing such as this matter to whatever stupid environmental fantasies he and his ilk have? This dipshitz is too moronic to understand that the major force in his delusions about climate change is the CCP or a developing India, the rest of Asia. All of whom are exempt from his stupid climate horse shit. They are not going to ruin their economies in the half baked nonsense about climate… do these people realize that the electric grid would have to be augmented to at least seven times its size today to accommodate the electric world they think is going to save the earth. I would suggest to Johnny Pendejo to stop using the Internet and get rid of all his electronics to help save the world. It would keep this site free of his crap…. and Take Erica the half wit with him. We shall hail their efforts to save the earth!!!

Jeanine Martin… Johnny has to go. Get rid of him. His comments are at this level.