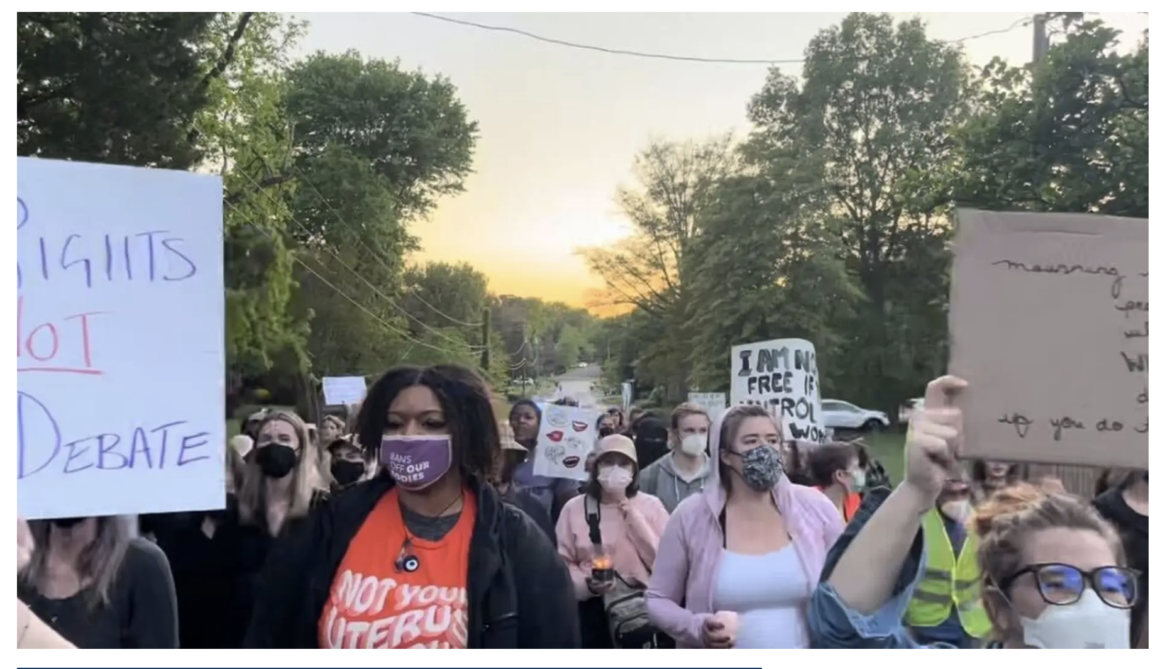 The Governors of Virginia and Maryland have sent a letter to Attorney General Merrick Garland urging him to arrest and prosecute abortion protesters outside the homes of Supreme Court Justices. A copy of the letter:

During an appearance on Fox News, Youngkin pointed to federal U.S. code 1507, which states that any individual who “pickets or parades” with the “intent of interfering with, obstructing, or impeding the administration of justice, or with the intent of influencing any judge, juror, witness, or court officer” near a U.S. court or “near a building or residence occupied or used by such judge, juror, witness, or court officer” will be fined, or “imprisoned not more than one year, or both.”

“The statute is incredibly clear,” Youngin told host Neil Cavuto. “It basically says if you are parading or picketing in order to try to influence a judge, it’s punishable with up to a year in prison. That sounds illegal to me. Of course, this leak was done in order to influence and intimidate our justices. And that’s exactly what these parades and picket lines are trying to do.”

“The state police are at the ready to support local resources and federal resources. We have substantial resources ready to go. Local police, I have asked them to create a perimeter around each of the justices’ homes with support from state police as needed,” Youngkin said.

“And then, we asked Attorney General Garland to enforce the law, and to make sure that these demonstrators are not allowed to try to intimidate justices like they’re trying to do,” he continued.

The rumor that Justice Alito and his family have been moved to a secure location has not been substantiated. More on how this rumor spread here.

Governors Youngkin and Hogan urge DOJ to prosecute protesters at the homes of Supreme Court Justices was last modified: May 12th, 2022 by Jeanine Martin

You have to wonder why there are any laws against harassment and intimidation of federal officials if the laws are going to be ignored – obviously the case here. Apparently, you need a motorcycle gang to show up, rev the engines, wear some black leather with chains, and look mean – and then the protesters will be scared and demand police action.

Oh, yes, please do arrest and prosecute. I will love to see you get trounced in court. Of course, Youngkin has state law he could (supposedly) use to prosecute as well. You know what…. they won’t because they know they would lose… just more Youngkin political theater. Seems like that is all Republicans can contribute these days…

I’ll take political theater over the reality of Bidenite destruction

Doc, if you like political theater then Youngkin is indeed your man… that is all he has…