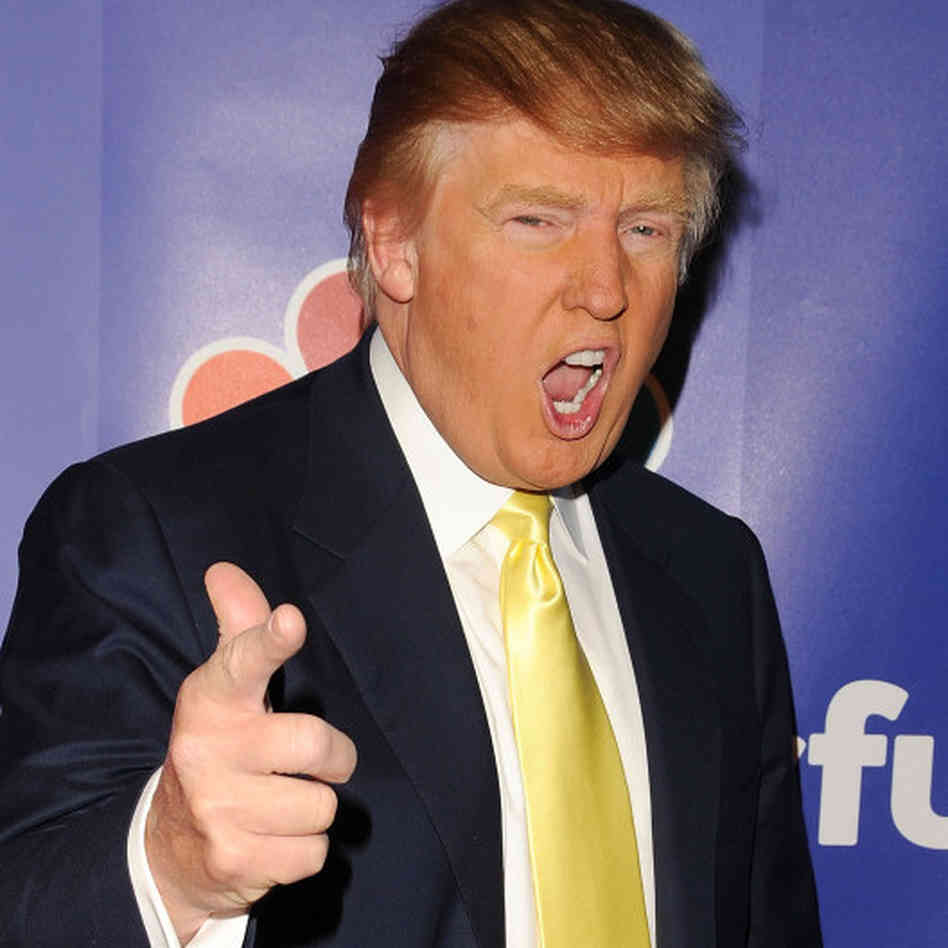 The entire nation is apoplectic over Trumpâ€™s suggestion that the United States temporarily refuse all Muslim immigrants. You can sense that the Democrats, the Republican establishment, and the media believe this could be what finally knocks The Donald out of the race. Bloggers are blogging at a frenzied pace to distance themselves from Trump and his evil, no good, horrible racism. Calls for Donald Trump to end his bid for the Republican Nomination have been steadily rising from the halls and floors of Congress.

Trumpâ€™s response to the opprobrium pummeling him from every direction? He doubles down.

I disagree with Donald Trumpâ€™s arbitrary ban on Muslim immigrants, but this will not be the fatal error of the Trump campaign. Millions of Americans are increasingly uncomfortable with Islam. You donâ€™t have to agree with them, but do not doubt that a Presidential candidate could draw immense support by giving a public voice to The Peopleâ€™s distrust and dislike of the current culture of Islam throughout the world. The rest of us are all simply too afraid to even have the discussion, weary of all the terrible directions such a discussion could go. If Islam is a problem, if there is something inherent in Islam which is fundamentally incompatible with the liberty, principles, and social compact of The West, then conflict is inevitable.

Those who feel that Islam is fundamentally incompatible with Western Civilization see self-defense and self-preservation where others see discrimination and bigotry. We must be aware that as Islamic Terror spreads across the globe, that Westerners will become increasingly intolerant of Islam as a whole. This is why the President and our politicians are doing everything they can to prevent a backlash against Muslim communities. The problem is, that they look absolutely ridiculous in the process, saying things like The Islamic State is not Islamic.

In fact, our inability to address the reality of fundamentalist Islam has made everyone, on both sides of this Donald Trump debate, look ridiculous.

Am I to believe that our two choices in the face of Islamic terrorism is to either pretend that it isnâ€™t Islamic or to essentially target all Muslims for discrimination and suspicion? Listen, conservatives need to be very careful about the judgments they are making with regard to Islam. If you accept that Islam itself is innately dangerous and that all Muslims are a potential threat, just what do you intend to do about that? Will you take away their rights? Will you have one law for Americans of dozens of other religions and a totally different set of laws governing Muslims? Are you going to somehow make all American Muslims go away? I am extremely uncomfortable with statements made by Republicans that, logically, place all non-Muslims and all Muslims in a de facto state of war. Now, if that is not what they intend, then they need to take a hard look at their rhetoric, because sentences have meanings from which conclusions can be logically derived and the final logic of the â€œall Muslims are a threatâ€ sentiment is horrific.

If, however, we understand that all Muslims are not a threat, that the world is facing an extremely violent resurgence of 7th century Islam, incompatible with a majority of Muslims in the Western World, then I believe we can address the threat this extremism presents without going to extremes ourselves.

We are facing an increasingly violent and dangerous world. Setting aside blame, it makes a great deal of sense for a free and prosperous nation to reconsider its liberal immigration policies. It would be prudent to consider actually defending our borders and enforcing our immigration laws. It would be prudent to reduce all immigration from every country, for a little while, as we deal with the chaos and violence bubbling up all over the world today. No religion need be targeted. The color of a potential immigrants skin or the religion they practice need never factor into our immigration calculus. Letâ€™s just slow immigration down to a small number of individuals. Weâ€™ll increase our vetting standards and spend an appropriate amount of time vetting each and every individual looking to make America their home.

Religious discrimination is a frighteningly dangerous road and I cannot believe anyone is seriously considering it, especially when you consider how utterly unnecessary it is. I know that a great many people will support Donald Trump and his temporary ban,Â  and I know this will frighten the Republican Party, worried that, â€œMy God, our party is full of bigots!â€. No itâ€™s not. People are scared and they donâ€™t trust our government and they are watching the very nature of Europe change before their eyes and they want to protect American culture and American liberty. The Trump Supporter is a person who has lost faith in the Democrat and Republican parties, tired of watching people in positions of power bumble and fumble their way through crisis after crisis with reckless stupidity. So I understand where they are coming from, but I caution them to reflect upon where these beliefs of theirs will take them and would encourage them to consider more common sense alternatives.

At the end of the day, religious liberty in the United States of America should be a fundamental and unshakable principle. Immigration is a problem. Islamic Fundamentalism is a problem. The Islamic State and Iran are both very serious problems. Let us address each problem aggressively and in accordance with our values and not out of a spirit of fear. Fear is toxic. Fear leads to hatred and thatâ€™s not who any of us want to become.

This article is so full of ‘mush think’ that address of it, as a practical matter, is an exercise in futility. One only need to look to Europe in order to know that Islamic immigration is war, call it culture clash if you like, by another name. The two cultures, European and Islamic, differ radically both in religious conception and by basis of Law. Simply put, oil and water do mix — not at Byzantium, not at Tours, not in the kingdoms of Ferdinand and Isabella, not at the gates of Vienna, not even today.

Also, if we persist in fretting over how we are perceived by others (racist, bigot, etc.), then we cede control of our thinking over to others who typically tread upon what is in our best interest.

Well, perhaps you will be kind enough to educate us since you seem to have announced yourself as an Islamic expert!

Donald trump’s reckless and ill-considered rantings about Muslims have driven the San Bernardino massacre off the news, and replaced it with gleeful condemnation of Republicans by the media. Trump and his self-absorbed clown show is a menace to the Republican brand. Can we please get serious about the process of choosing a responsible leader of the free world.

If your current view of the Republican brand is providing a “responsible leader of the free world” either you are just exiting a time capsule you have been in the past decade, rely exclusively on rapidly disappearing neocon publications for your news of international events or totally missed the FACT that the last example of US “free world” leadership set the American tax payer back billions, left numerous American dead and severely injured to no geopolitical gain and helped start the spark in Iraq that is currently burning down the Middle East while facilitating the growth of international Islamic extremism. Leader of the free world, maybe we should set our sights on a more immediate need a constitutional leader of the US homeland. If what you are using is just a figure of speech it is one that carries little meaning in the international geopolitics of the 21st century.

Clearly America is the leader of the free world. Reagan said (correctly I think) that we are mankind’s last best hope. Strange that you choose to confine your breathlessly negative exposition of America to nothing but negatives from the last decade.

Reagan left office in 1989 (26 years ago) and facts are facts that you find them negative well that is the problem with truth it’s often painful.

What free worÄºd? Who are all these free world people? I don’t see any in the American states.