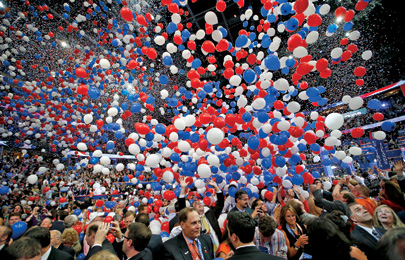 How Will 11th District Delegates Vote at the National Convention?

Post Updated after Rubio left the race.  See below.

On the first ballot at the convention our delegates will be bound to vote as Virginia voted in the primary. BUT, if no Presidential candidate gets the necessary 1,237 votes to win the nomination for President, a second vote will take place.  Since our candidates will be unbound on the second and subsequent ballots, who will they each choose to support on these ballots?  I have heard from most of our national delegates on their choice for a Presidential candidate on the second ballot:

RNC Delegates from the 11th district to the national convention

2. Bill Petrak will support Ted Cruz. “If elected as delegate, and there is a contested convention, it is my  intention to vote for Ted Cruz on a second vote after the delegates are released from their obligations.

3. Anne Gentry will support Marco Rubio. “I voted for Marco Rubio in the primary and if there is a second ballot and he’s still a candidate I intend to vote for him.  If he’s not still a candidate, I will vote for Ted Cruz.”Anne is now supporting Ted Cruz on a ticket with Juanita Balenger and Ryan Thomas.

4. Juanita Balenger will support Marco Rubio.  Since Rubio is no longer running, Juanita is supporting Ted Cruz on a ticket with Anne Gentry and Ryan Thomas.

7. Ryan Thomas will support Marco Rubio. “I am currently supporting Marco Rubio and would support him on a second ballot if he is still a candidate seeking the nomination.” Since Rubio is no longer in the race, Ryan is now supporting Ted Cruz on a ticket with Juanita Balenger and Anne Gentry.

RNC Alternate Delegates from the 11th district to the national convention:

How Will 11th District Delegates Vote at the National Convention? was last modified: April 3rd, 2016 by Jeanine Martin

[…] This means that if your chosen candidate is Donald Trump, Ted Cruz, John Kasich, or some other option you should apprise yourself of who your potential 11th Congressional District Delegates will be voting for on a second ballot at the Republican National Convention. (How 11th district National Delegates will vote here.) […]

Thank you Jeanine for providing this information. Bill Petrack is the only genuine Ted Cruz supporter, and I will be voting for him.

I am perplexed why the three-person TICKET who supported Senator Rubio, and who still support Rubio, would now announce support for Cruz…and ask for our vote as a TICKET that would exclude Mr. Petrack as a delegate ?!

Why should Cruz-preferring Republicans vote for you, who are not solid Cruz supporters, in place of Bill Petrack? That is essentially what you are suggesting we do. Perhaps there is something special about THE TICKET that I am missing here?

But it doesn’t feel very… committed to the Cruz candidacy, does it? And increasingly it appears that there will not be a first ballot nominee. I understand that the three of you on THE TICKET want to participate and go to the convention, but really. We are gathering to choose a Presidential candidate not to provide a new line on your resumes. Early in his political career Abraham Lincoln faced a similar quandary of too many candidates–and he knew what to do.

With Rubio dropping out, I guess all your hard work is for naught.

I would love to if someone could send me the list of 8th district delegates. I can be reached through FB or email. Thanks!

I don’t have your email address but the answer is here:
http://vagop8cd.org/2016-8th-district-convention/

Thank you! You have a lot of delegates running in the 8th. I’ll get to work contacting those folks. When is your convention?

May 7th. I’m running for SCC (as Paul, my alter ego) along with Robert Kenyon and Anna Urman. If it helps, Erin Anderson, Barbara Bowie-Whitman and Tommy Valentine said that they were pro-Rubio. I have no idea whether they’ve changed their mind since they said that.

This is Tommy Valentine – I am not aligned with Rubio or any other candidate. I have more details on my convention plan at my website – http://tommyvalentine.org/convention-plan/.

Erin is for Trump is my understanding.

And the winner is… Romney.

That would signal the end of the Republican party.