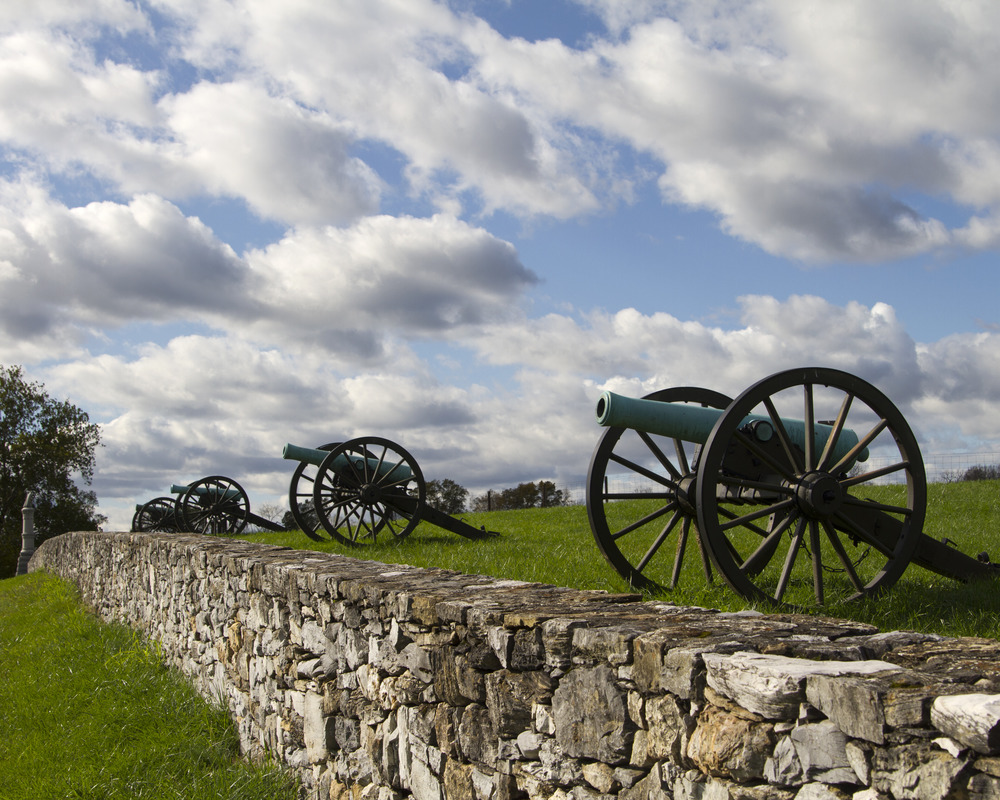 “With a quiet heart, you can hear the last breaths of the dying and the fear of the living.”

Not long ago my wife and I spent a day at the Civil War battlefield at Antietam. Folded between the Potomac River and Antietam Creek in the lush vegetation and rugged hills of Western Maryland, the bloodiest day of the Civil War was fought there.

I found myself revisiting that terrible battle this Veterans Day. I was thinking about the great sacrifices made, and the tragedy of a nation tearing itself apart. But mostly, I was thinking about how individual soldiers made terrible choices – fighting their countrymen and sometimes their own relatives. It should humble us this Veterans Day as we find ourselves divided again along crucial fault lines. It should be enlightening to every American.

The battle that day at Antietam twisted through the day like a grim herald of the terrible War that was to continue for another two and half years.

On September 17, 1862, nearly 100,000 troops from both the Union and the Confederate Army began serious engagements from sunrise on, spread out at various points over a spit of land approximately four miles long by two miles wide.

After the late summer victory at the Second Battle of Bull Run at Manassas Junction, Virginia, General Robert E. Lee had pivoted his Army of Northern Virginia offensively into western Maryland. General Lee’s aggressive campaign endangered northern cities. General George B. McClellan was forced to take 80,000 Union troops from his Army of the Potomac defending Washington, D.C., to counter the Confederate incursion.

General McClellan had been the fortunate recipient of a lost copy of General Lee’s battle plans, which split up the Army of Northern Virginia in a bold plan to capture the strategically important Harpers Ferry. General McClellan hoped to use the advance information to break the back of General Lee’s Army, which would allow him to try again to march on the Confederate Capital in Richmond.

However, by the next day, September 18, General McClellan held the field without a clear victory, unwilling to pursue General Lee, who later that day forded the Potomac River, saving his Army and Richmond for another day. Within weeks a frustrated President Lincoln removed General McClellan from his command.

As my wife and I spent that day at Antietam, I was reminded again of the terrible cost of the Civil War and its 600,000 dead. Retracing the individual skirmishes within the twelve hours at Antietam – the terrible misjudgments, miscalculations, and accidental consequences intermingled with such magnificent bravery, determination, and love of brother – all come to you as you walk across the battlefield.

With a quiet heart, you can hear the last breaths of the dying and the fear of the living.

It is with great difficulty that we, a century and a half removed from this great national soul-wrenching and bloodletting, can really understand the passions, the arguments, the economics, and the politics of the Civil War. Applying the morality, or lack of it, of this technological era to that of a period on the cusp of the industrial age, is fool’s gold.

Truthfully, we can hardly fathom the consequences of the Civil War that are laid down across the land, like so many steps in a pathway. We are who we are because of it largely, yet without the wisdom to see it in its whole.

Today we have a number of very loud people who are “offended” by the Civil War and who are demanding that every trace of those who led and fought in that terrible War be banished, removed, and erased from our memory. Those who sided with the Confederacy are racists, slave owners, and traitors, it is claimed, without any context, historical perspective, or informed refection.

That stone statues and street signs bearing long-forgotten names could cause such offense is itself merely a continuation of the War’s consequences.

Those who want the statues removed won’t spend a minute’s worth of energy attacking the real problems in the country today – they will not feed one hungry person nor house one lonely soul. But they will organize, travel hundreds of miles and create massive unrest over a piece of granite. That should be as puzzling as the Civil War itself is incomprehensible to our modern minds – akin to marching on modern Rome to erase its history for feeding Christians to the lions.

Today, so far removed from the actual events of the War, the great assault on history is used not in its historical context but simply as a battering ram against the entirety of the American experiment in self-government, the Founding ethos, and the Constitution itself. Those who demand that we erase our “bad” history will soon enough demand that every vestige of our noble heritage be expunged.

Some may be tempted to heap scorn or anger on those who want to tear the past down and erase every offense; in truth, they only deserve pity. There are no fences in their minds for pasture land, only wastelands filled with resentment and blind hatred of everything American in too many cases. A nation they neither love nor understand. They are empty and soulless.

Those who seek to erase our history really want none. They have already begun the assault on George Washington and Thomas Jefferson, among many other great patriots and thinkers.

Where does it stop? The name of Woodrow Wilson (a radical leftist and segregationist) is already coming down in various venues. What about FDR, our venerated war president, who incarcerated hundreds of thousands of Japanese-Americans and allowed the looting of their assets? Perhaps JFK, whose personal behavior endangered the nation and made Bill Clinton look like a choir boy? Or even Martin Luther King, or other heroes who had major character flaws?

No, history is instructive and valuable only to the extent that it is known and placed in its own context. The devastating Civil War ripped the young nation in two. But, like a forest fire, it also produced the fertile soil from which modern America arose – without which the world would be immeasurably poorer and less free.

This Veteran Day we should be humbled by the three million Americans who have paid for America with their blood and those who came home damaged in mind and body. And for those who served honorably and dependably – and do so today – keeping watch through the night as we sleep safely.

It is a history that should encourage debate and thought – not preclude both.

If 2.5 or 3 million died, I doubt very many gave their lives for the Father Joe or Speaker Nancy Stupid kind of leadership they have provided the past 10.5 months. I doubt a Democrat could run against Adolph Hitler today and win. 15 months from now, January 2023, and the 1st of the Father Joe Biden impeachment proceedings will begin in the US House. The countdown began about 2 weeks ago.

We are a nation of the past, via holidays to a substantial extent. We are also a nation that is literally self destructing right before our very eyes at an alarming rate that was not predicted. The rate of the self destruction that is. Yet, we live as if tomorrow will never end. We have no borders. We have no credible education system. Our courts are corruption based. Our government is dysfunctional.

What makes the American dollar the world standard? Basically, because in the past, one could buy anything anywhere with American dollars. That is the only reason of note what Washington can run a $30+ Trillion deficit, or, create phony money. But here’s the new deal. Lately, it is getting difficult/impossible to spend our American dollars because “they” have little to nothing to sell other than a possibly suspect delivery date.

But, no problem, take a holiday. Somebody in the Father Joe administration with make an “excuse” for the shortage and resultant inflation soon. That is all you are going to get is an excuse. I would be very concerned as Congress has sold our manufacturing base to China’s part of the globe. What made us great in WWI and WWII was our manufacturing ability. We no longer have that manufacturing ability in this country, as Congress took bribes to send everything to China and Vietnam, etc.. They even subsidized the move to China.

Take a holiday, or a cruise. Forget about that which is real. Inflation? Naw, doesn’t exits under the Father Joe Admin. Oh, did you here? Father Joe can take communion, at least in Rome…….How much did he pay for that?