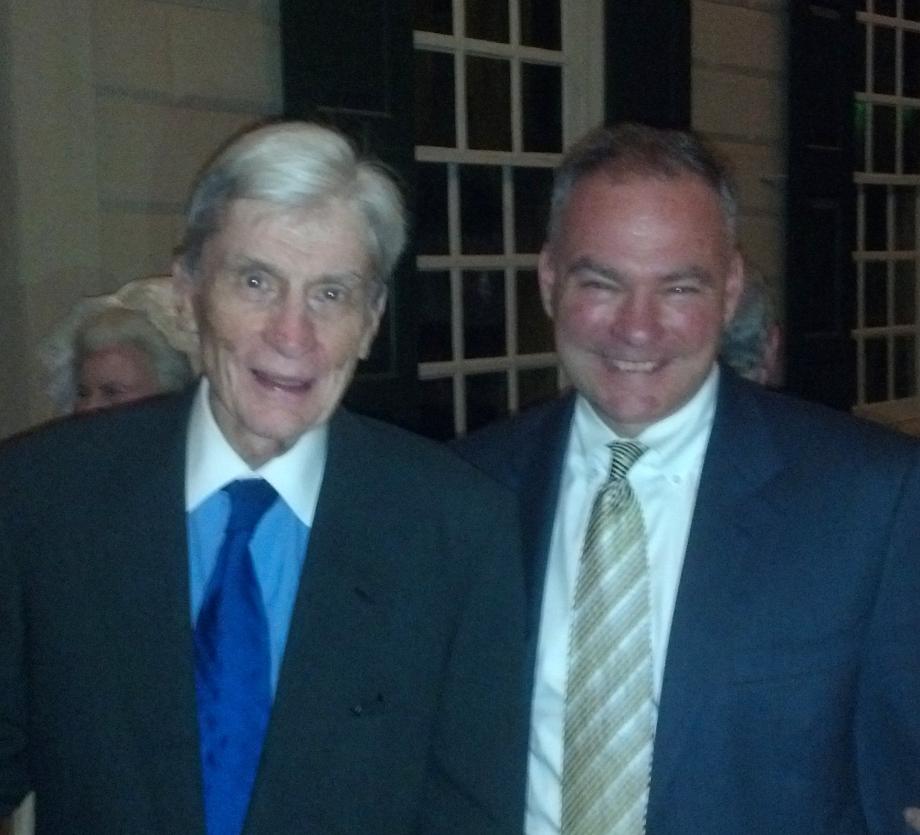 Was anyone in Virginia surprised yesterday when  former Republican Senator John Warner endorsed Hillary? Two years ago he endorsed his former rival  Democrat Mark Warner for Senate over Republican Ed Gillespie.  Other things that John Warner has done that prove he is much more of a Democrat than a Republican, from National Review:

John Warner is the kind of Republican who supported Roe v. Wade and embryonic stem cell research, voted for the Brady Bill, sought to extend the Assault Weapons Ban, voted to reject the nomination of Robert Bork, voted against Bill Clinton’s impeachment, broke with the rest of the party on the Terry Schiavo case, was part of the Gang of 14 on the “nuclear option,” co-sponsored a resolution opposing the 2007 surge of additional U.S. troops in Iraq, and cosponsored cap-and-trade legislation.

John Warner has endorsed Democrats in Virginia for at least a decade so it comes as no surprise that he would endorse the Clinton/Kaine ticket.

And the GOP wonder why is’t losing its base.
Uni-Party.

Why bother being a Republican? They just act like Democrats anyway.

Jean. Not all of us.

The elected one do…

Campaign as a conservative, legislate like a Democrat. Then you have this buffoon Warner…

Isn’t it time we had a Senator who will not surprise us?

Yes, he looks like he could stand to get some sun.

And find out what vitamins Hillary took to allow her to go 2 hours without coughing, fainting, bobbling.

Or find out what “vitamins” Trump took to allow him to go 2 hours and constantly sniff.

Too late for that. I bet Liz looks better than him, right now.

I hope that I look as good as he does if I manage, somehow, to reach his age.