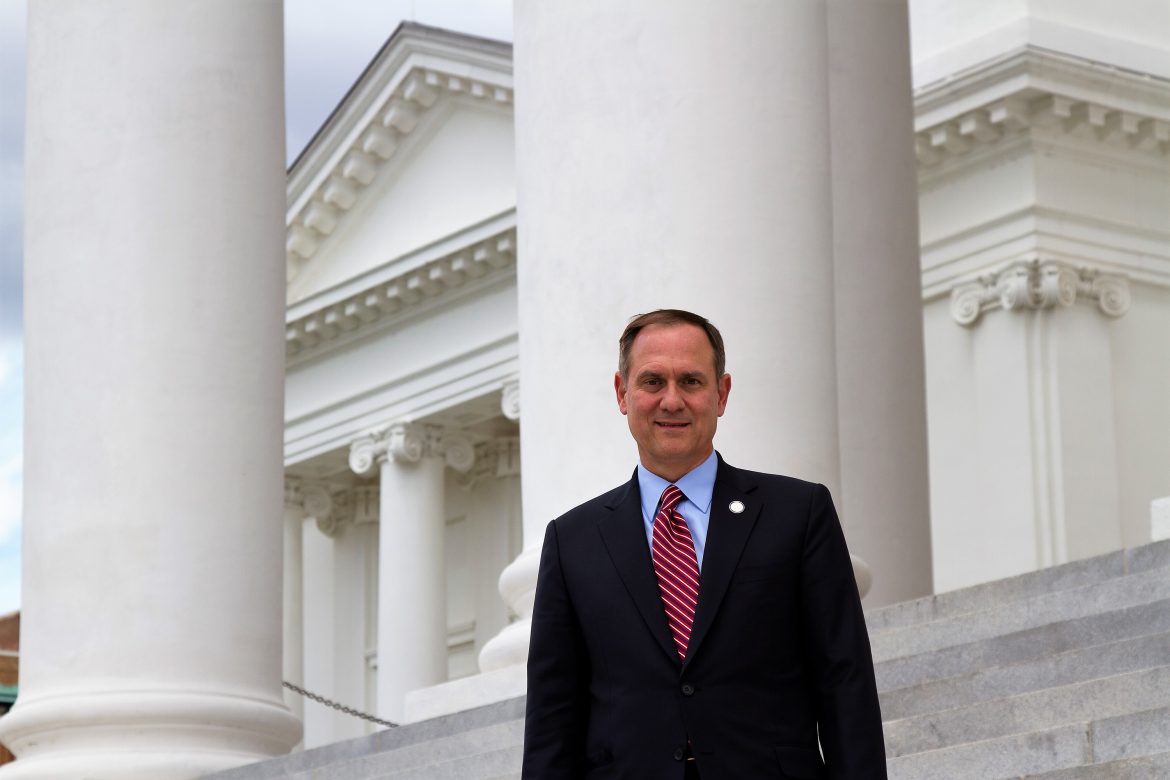 It has been several months since you’ve heard from me, so I’m writing to update you on a challenge that I have accepted at the urging of friends across Virginia.

Last month, I announced as a candidate for election as Chairman of the Republican Party of Virginia (RPV). The election will be at our RPV State Convention in Richmond on May 1-2.

As most of you know, I am a native of Roanoke, reside in Woodbridge, am a retired 30-year Air Force colonel, and represented the 51st House District for eight years in the Virginia General Assembly.

During my four terms in the General Assembly, my work as a Constitutional conservative was recognized repeatedly with top grades and endorsements by a wide range of organizations that were both conservative and bipartisan.

I have been married for 34 years to Ruth M. Anderson, a retired 21-year Air Force lieutenant colonel and former Occoquan District Supervisor on the Prince William Board of County Supervisors. We are members of Lake Ridge Baptist Church in Woodbridge and have three children and seven grandchildren.

I entered the race for RPV Chair on January 8th at the urging of people from every corner of Virginia who have legitimate concerns over challenges within our state party structure. As a result, the Democrat majority in Richmond has passed a multitude of bills that are ideologically extreme, bitterly partisan, and severely damaging to our Commonwealth. I am committed in every way to a swift reversal of this partisan reality. I pledge to you that I will have a single-minded devotion to leading a state party that puts election victories as our first and foremost mission.

As RPV Chair, I will partner with fellow conservative grassroots citizens across Virginia to carry our state in November’s presidential election, reclaim several Congressional districts, and grow our General Assembly Republican caucuses next year. This is a long game, and I and Team RPV will score touchdowns during future election cycles.

After discussions in recent weeks with Republicans across Virginia, I have laid out these goals for RPV:

• Reelect President Trump by ensuring that he carries Virginia in November
• Transform RPV Headquarters into an operational warfighting and election-winning headquarters
• Close the gap in state party fundraising, voter registration, voter turnout, and candidate recruitment
• Recruit, train, and support competitive GOP candidates across the state
• Permit no Congressional or General Assembly seat to be unchallenged by winning GOP candidates
• Enhance the role of grassroots activists in party decisions and management
• Educate all Virginians on the destructive impact of recent legislation on people, families, and jobs
• Earn and restore trust and confidence in RPV by candidates, voters, and donors alike

As with any election campaign, our statewide effort will be expensive and can only succeed with your support. I would sincerely appreciate your financial support at any level. You may donate via our safe and secure fundraising website at https://secure.anedot.com/rich-anderson-for-rpv-chair/donate or by check to “Rich Anderson for RPV Chair,” P. O. Box 7926, Woodbridge, VA 22195.

Thank you for your friendship and your love of Commonwealth and country. Public service has been a lifetime calling for me, and I look forward to continuing to serve as Chair of the Republican Party of Virginia.