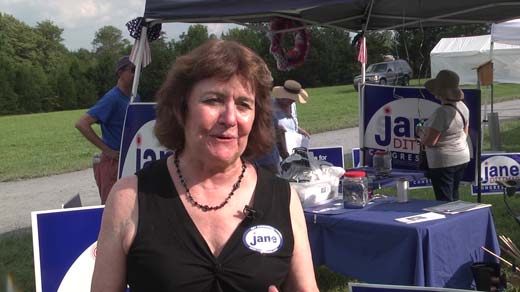 It seems 5th District Democrat nominee Jane Dittmar has been hiding from her past for quite some time. As first reported by Justin Higgins, Dittmar was arrested and convicted for driving under the influence in Albemarle County back in 1999. 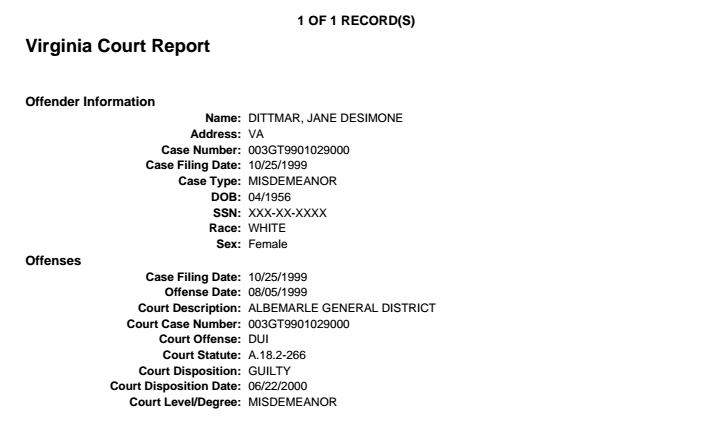 What has apparently been missed so far is how Dittmar’s arrest came about.

Dittmar’s conviction resulted not just from being a smidge over the legal limit after a happy hour margarita…it happened because she crashed the car she was driving and was found by the investigating officer to have been under the influence at the time. Shockingly, this happened while she had an unrestrained minor in the car at the same time.

The Albemarle Police Department acknowledges in a response to a FOIA request on the matter that (a) a DUI arrest of Dittmar was made; (b) the arrest was on the same day as reflected in record of conviction above; (c) the offense involved an automobile crash; and (d) that further disclosure is prohibited by law because of the involvement of one or more juveniles (i.e., the kid(s) not strapped into their car seats). The APD indicate that two charges issued: DUI and failure to properly restrain a child.

We’ll leave it to readers to judge the significance of this behavior and Dittmar’s subsequent conviction. Opinions can vary in terms of how directly it bears on a candidate’s qualifications to represent Virginia’s 5th Congressional District in Washington. (I’ll note, however, that while Dittmar was taking her ride in the police squad car, Army Lieutenant Tom Garrett was leading squads of troops at Ft. Sill).

But, as is almost always the case, it’s less about the crime and more about the cover-up. Rather than simply coming clean about this, Dittmar appears to be dodging it, and trying to bury the story with obfuscations and misdirections. More on that as details emerge.

Whatever the full back story is on how Dittmar has been able to quash headlines about this episode, it is clear that her behavior lands her in a proud pantheon Albemarle Democrats. She is now squarely in the company of Cynthia Neff, a “Democratic activist” who lost a bid to unseat Del. Rob Bell (R-Albemarle) and who spent a night in the pokey for DUI back in 2012. 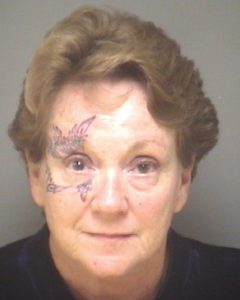 Neff stands alongside former Albemarle Democrat Commonwealth’s Attorney Denise Lunsford, who went down in a blaze of glory in 2013 over accusations about withholding evidence to wrongly imprison an innocent man, and for misuse of county money. Taking the cake among the esteemed ranks of Albemarle Democrats, though, is Dittmar’s predecessor on the Albemarle County Board of Supervisors, Christopher Dumler:

Once hailed as a rising star in the local Democratic Party, Dumler’s fall from grace after becoming the youngest elected Supervisor in county history was sudden. Ten months after assuming his duties as the county’s Scottsville representative in 2012, authorities charged Dumler, then 27, with forcibly sodomizing a woman.

Dumler is now a fugitive from justice, having absconded to the Philippines to avoid standing trial for failure to appear in court.

What is it with Albemarle Democrats and tawdry run-ins with the law? Is it something in the water?

More to come on this story as it emerges.

UPDATE: Rob Schilling has interesting news: “SILENT RUNNING: DITTMAR SHUTS DOWN FACEBOOK PAGE.” Apparently the blowback resulting from this story, and from Dittmar’s overreaction to a citizen lawfully bearing a firearm, got to be too much for the Dittmar campaign, such that they’ve pulled the plug on one of their key social media assets three weeks out from the election.  Coming on the heels of news about the Garrett campaign being flush with a $400,000 cash infusion, things aren’t looking too good for the kind of last-minute rescue from DCCC on which the Dittmar campaign is so desperately relying.

Senator McEachin’s Name and Address Appear in Ashley Madison Hack – The Bull Elephant October 19, 2016 at 6:44 am

[…] are asking for the trust of Virginians, old scandals are dug up and displayed before the voters. Jane Dittmar, a candidate for the 5th Congressional District, was discovered to have been convicted of a DUI […]

According to her campaign, her attorney for this incident, Ron Tweel, has previously said that the Lexis-Nexis entry for this accident is in error and there was no DUI conviction. She has no DUI violation on her DMV record. None. It’s probably good idea to fully check your opposition research before you go with it.

Bob, the Albemarle PD says they arrested her for DUI after she crashed her car with one or more minors in it. That’s not in dispute. Lexis says the disposition was “GUILTY,” and Dittmar’s paid representative says there was no conviction (and be careful…that’s not necessarily an apples to apples comparison when you’re listening to someone who is carefully parsing her words). The press release says there’s nothing on her DMV record about it, as if that’s dispositive of anything when DMV records are routinely expunged over time. If anything, her press release just raises more questions. So, unless we see some other court record of the disposition of this case, I’m inclined to go with Lexis.

Why is the a democrat vs republican issue and not an individual situation about this person only?

Because Democrat leadership & elected officials in Albemarle County, VA have an ongoing history of sordid and corrupt action – in and out of office. Of which the local media – for the most part – complicitly helps cover up. Witness how this story is NOT covered at all by central Virginia’s local media, even now the next day. They (local mainstream media) will sit on this as long as they can. Ho hum. Do you think if it was REPUBLICAN Tom Garrett with this DUI – it wouldn’t be plastered all over – front page everywhere, & lead story on TV?!

The 5th District citizens deserve to know these truths before they make their decision on Nov. 8th.

what a load? Do you have any evidence that this DUI is the result of anything political? You are stretching here to make something out of this

Go back and read Steve’s article and then my comment. It’s NOT the DUI that’s political but the special treatment & coverup. The government and media colluding to protect Democrats here in Albemarle County. Yeah – THAT’s political.

Does anyone need further proof that tattoos do not age like fine wine?

A few more crimes and she will be presidential nominee material for the Democrats.

Dittmar has to stand accountable for DUI case, and I await her remarks on that.

As for trying to associate with the others mentioned in your article, what the hell has happened to the Steve Albertson that I used to respect for his rationality?

Oh come on, Bruce. You’ve got to admit there’s an amusing confluence of these characteristics among Dems in Albemarle. Of course I’m not saying there is some actual link between them, but it’s three weeks out from an election…why would I not provide a dispassionate comparison? I’m allowed to be partisan sometimes, just like you are sometimes.

Maybe there’s something in the water?

Wikileaks shows they are fellow travelers.

“Dittmar has to stand accountable for her DUI case, and I await her remarks on that.”

She made the vaguest possible reference to it last night in her debate with Tom Garrett. In the last question of the debate, the candidates were asked to describe a mistake they have made, and what they learned from it. Garrett talked about leading men in combat and how he cursed into the radio during a stressful moment where action was needed immediately. He said he learned how important it is to use the right language, tone and demeanor, remaining calm and professional even under mortal threats, because the leader’s behavior sets the standard for troop behavior.

Dittmar declined to describe her mistake. In essence, she said everyone has made mistakes, and she made a big mistake but she hasn’t repeated it. She said she hopes everyone will examine their own past and accept that we have all made mistakes, that we should make our judgments with that in mind. I suspect most of the audience had no idea what mistake she was talking about, and she doesn’t intend to elaborate any further, if she can get away with it.

As far as the rest of the debate, Tom Garrett is clearly the better candidate and debater, IMHO.

David Toscano of C’ville may be worth a mention. Odd/curious that Oglevie (?) bound and gagged Mrs.Toscano after getting to know them.

Yeah there’s a lot more to that story!! Too bad a gag order (IIRC) was part of Oglevies plea.

I got a ticket for pissing on a tree back in ’69. Never did that again. Has this Dittmar whoever gotten a DUI in, say, the past five years or so? Don’t try to Trump the Trumpster. It’s very unseemly.

It goes to trustworthiness and while not a definitive reason to vote for or against someone, it should be part of the discussion.

I wonder why Hillary has never had the chance to learn from her mistakes.

Let’s see if we can figure it out from Wikileaks.

I smell up here. Get this story out to all.

[…] Albertson at The Bull Elephant has more details, including information about the unrestrained child in the vehicle when Dittmar […]

Wow. That sure is MORE than one margarita over the limit. Crashing a car under the influence – with a child inside – and THAT’S JUST a misdemeanor?!? What was Dittmar’s blood alcohol content?

Yep, elected Democrats from Albemarle County sure are NOT paradigms of virtue.