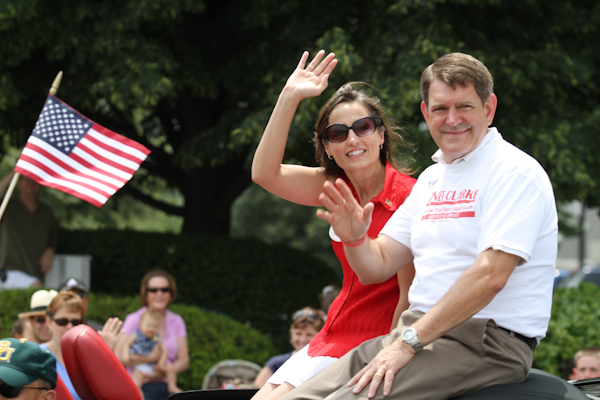 Janet Clarke Will Not Run for Re-Election In Loudoun

I was saddened to learn that Janet Clarke, Loudoun County Supervisor representing the Blue Ridge District, announced last night that she will not run for re-election next year.  [read_more] The announcement came as surprise and disappointment to her many supporters.  We will miss her calm, conservative, common sense views and votes on the board.  No one on the board works harder to represent her constituents.  We need more conservative candidates and politicians  like Janet Clarke, across the state and across the nation.  This is such a loss for the Blue Ridge District and Loudoun County.  We will miss Janet and her wonderful husband Tom.

Janet Clarke Will Not Run for Re-Election In Loudoun was last modified: August 9th, 2015 by Jeanine Martin

Good. Time for the rest to go.