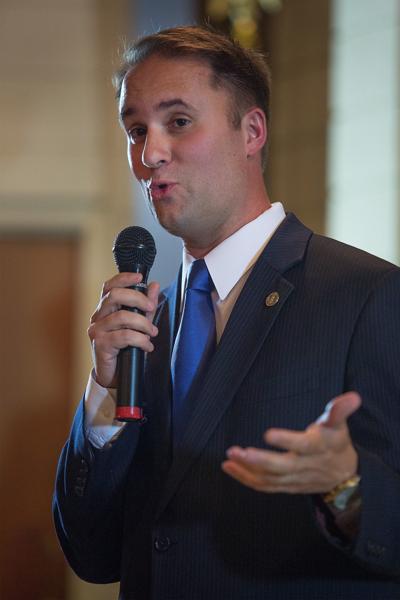 Jason Miyares, on defense as he is caught in another lie

The Virginia Fraternal Order of Police chastised a Republican candidate for attorney general over a mailer that says the FOP had endorsed him.

But the state FOP does not endorse in primaries and, when it endorses in a general election, itâ€™s based on a vote by the organizationâ€™s 7,000 current and retired law enforcement members, said Marty Williams, the organizationâ€™s legislative director and past state president.

Williams said that while a local chapter may have endorsed Miyares, the state FOP never has.

â€œOur members are not pleased with this at all because our endorsement is highly coveted,â€ Williams said.

He said the FOP is also concerned that Miyares used the organizationâ€™s trademarked logo without permission. â€œItâ€™s a violation of our trust and our endorsement process, and weâ€™re not happy about it.â€

So, after having been caught red-handed lying about sponsoring gun control, lying about his (and Chuck Smith’s) prosecutor experience, and lying about his fundraising, Jason Miyares has now been caught trying to steal the endorsement of the FOP- and upsetting one of the only unions who may endorse a Republican for AG.

This follows Miyares lying about having the endorsement of 2020 GOP 3rd District nominee John Collick, who instead endorsed Commander Chuck Smith for AG.

This is disqualifying. One now must wonder what else Jason Miyares lies about, in his quest to further his political career. The Democrats would not be lenient with Miyares if he were the nominee; they would tear him apart for lies such as this.

Republicans in VA have been burned by lying career politicians before. Let’s choose someone instead who has been a lawyer for over four decades, a prosecutor in the Navy for two, and has practiced every type of law there is- AND WILL NOT LIE TO US TO GET ELECTED.

Commander Chuck Smith is our only realistic choice for Attorney General.

Jason Miyares, on defense as he is caught in another lie was last modified: April 30th, 2021 by Steven Thomas