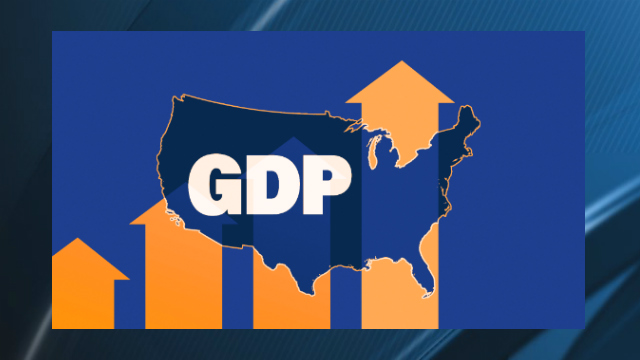 Jobless claims fell to a seven-month low, reports the Wall Street Journal. The U.S. economy “accelerated at a 33.1% annualized pace in the third quarter,” the Commerce Department reported. As CNBC notes, the “U.S. economy grew at its fastest pace ever in the third quarter as a nation battered by an unprecedented pandemic started to put itself back together.” The 33% growth rate “was better than the 32% estimate from a Dow Jones economist survey. A surge in business and residential investment along with stronger consumer activity helped the economy after its worst-ever quarter in Q2.” However, “the unemployment rate remains at 7.9%,” double the pre-pandemic level.

Back in the second quarter, the U.S. economy shrank. But it shrank far less than most other countries’ economies, which suffered worse. In the second quarter of 2020, the United States fared better than any other major economy in the OECD than Japan, with America’s economy shrinking at less than half the rate of the United Kingdom. The U.S. unemployment rate peaked at less than half of what many experts had predicted.

However, slow economic growth in foreign countries may reduce demand for American products, harming our export sector. COVID-19 has hit many countries harder than the U.S. Many countries in Latin America — such as Brazil, Peru, Chile, Ecuador and Bolivia — have had higher fractions of their population die from COVID than the United States. Mexico’s official death rate from the coronavirus is about the same as America’s per million people, but its actual death rate is probably much higher.

COVID-19 is currently spreading much faster in Spain, France, and Belgium than the United States, which may lead to lockdowns that put people out of work in those countries. France just imposed a new lockdown.

The economy has been harmed by school closures that force some parents to stay home from work. As CNN notes, “Last month, an unexpectedly high number of women dropped out of the work force. Experts think that’s due to childcare responsibilities as schools are still not fully back up and running.

Many schools remain closed, even though studies say it is safe to reopen the schools and daycare centers. “Shutting schools increases Covid-19 deaths” rather than reducing them, says the University of Edinburgh. “Researchers from Yale University surveyed more than 57,000 U.S. child care providers. … They found no association between contracting the virus and exposure to child care,” notes the American Academy of Pediatrics. Despite such studies, an official in Los Angeles County said schools there would not reopen “until after the election.”

The unemployment rate temporarily rose in mid-October as Congress failed to approve additional coronavirus relief legislation. Republicans and Democrats have proposed competing coronavirus relief bills, but a compromise is not expected until after the election, and expanded unemployment benefits have expired in some states as a result.

Republicans had proposed spending $1 trillion to cover extended unemployment benefits, aid to small businesses that keep employees on their payrolls, and stimulus payments. Democrats had proposed spending $3 trillion to cover not just stimulus payments and extended unemployment benefits but many other things as well. For example, the Democrats’ bill provides $875 billion for state and local governments, $20 billion for tribal governments, and $25 billion for the Postal Service, according to CBS News.

The Democratic bill, the “HEROES Act,” contains provisions that are viewed by some conservatives as a poison pill, such as federal aid to illegal aliens, and provisions releasing many prison inmates (including some murderers and rapists).

[…] economy would add over a million jobs in April 2021, because it had been growing rapidly since fall 2020 after bouncing back from the recession caused by the coronavirus. But Biden’s […]

[…] economy would add over a million jobs in April 2021, because it had been growing rapidly since fall 2020 after bouncing back from the recession caused by the coronavirus. But Biden’s […]