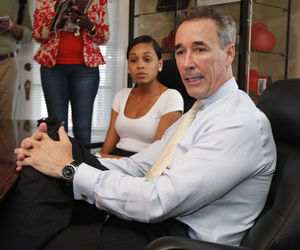 Joe Morrissey has announced that he is abandoning his race for state senate because of health concerns.  He said,

“After speaking with all of my health care providers, I have decided to withdraw from the state Senate race and focus on rehabilitating my diaphragm,”

“For 3 ½ months, I have enjoyed going door-to-door and meeting with thousands of folks in central Virginia. However, at this time, my primary concerns are my health and growing family.”

Joe Morrissey Wins Again, All Charges are Tossed and He Remains a Candidate for Senate! - The Bull Elephant September 22, 2015 at 7:57 pm

[…] state against Senator Rosalyn R. Dance, (D-Petersburg). Less than two weeks ago Joe Morrissey announced he was suspending his campaign for senate because of health problems. But he has put nothing in writing to the electoral board and […]