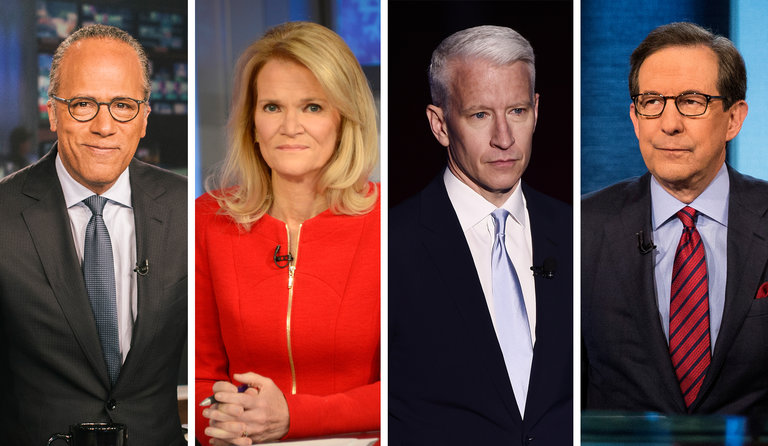 The last couple of presidential and vice presidential debates have clearly demonstrated personal political bias on the part of the moderators. Â They have also demonstrated that there is an inherent conflict of interest regardless of the personal bias.

Journalists exist to report news and provide opinions supposedly based on news. Â They do not get paid to moderate debates. Â The result is that a â€œgotchaâ€ at a debate is journalistic gold â€“ a good weekâ€™s worth of news commentary as well as personal kudos for a job well done.

Strangely enough, the entirety of the Republican establishment knows about both the bias and conflict of interest problems yet do nothing but whine about them. Â Ideas associated with the elimination of journalistic moderators fall on deaf ears even when good options actually exist.

It is to be noted that debates over politics go back thousands of years. Â Plato, Socrates and Aristotle come to mind. Â What does the evolution of debate tell us about how best to conduct them? Â Â Today, we have all kinds of communication technology that can be used to moderate debates and minimize obvious distortions and abuses. Â Why are they not used independent of the journalist moderators? Â Patrick Henry College, outside of the District of Columbia, consistently wins national and even international debate competitions. Â Could they help design a debate format for the presidential nominees? Â The news networks obviously like one of their own in a moderator position, but so what? Â Does anyone think they will ignore the opportunity to broadcast a presidential debate? Â

The best presidential debate I heard was during the Romney/McCain presidential run â€“ and it was conducted by Reverend Rick Warren. Â He asked the exact same questions of each candidate and allowed them to speak their minds without the presence or interruption of the other candidate. Â It was a breath of fresh air compared the recent debate that contained 9 topics in 90 minutes or, to be blunt, about 4 minutes of answer time per nominee â€“ and this estimate doesnâ€™t fully include moderator or opposition interruptions.

After the Candy Crowley interruption of the Romney/Obama debate, the RNC should have been on notice that more such interruptions would happen. Â Crowley suffered no repercussions for her behavior, and thus a signal was sent that journalist moderators were free to interject their own opinions and interests into debates. Â To me, there is no excuse for the failure of the RNC here. Â The options are many and the first option includes getting rid of the journalist moderator. Â The second option is to go to the Commission on Presidential Debates and demand a change in the approach to debate moderation.