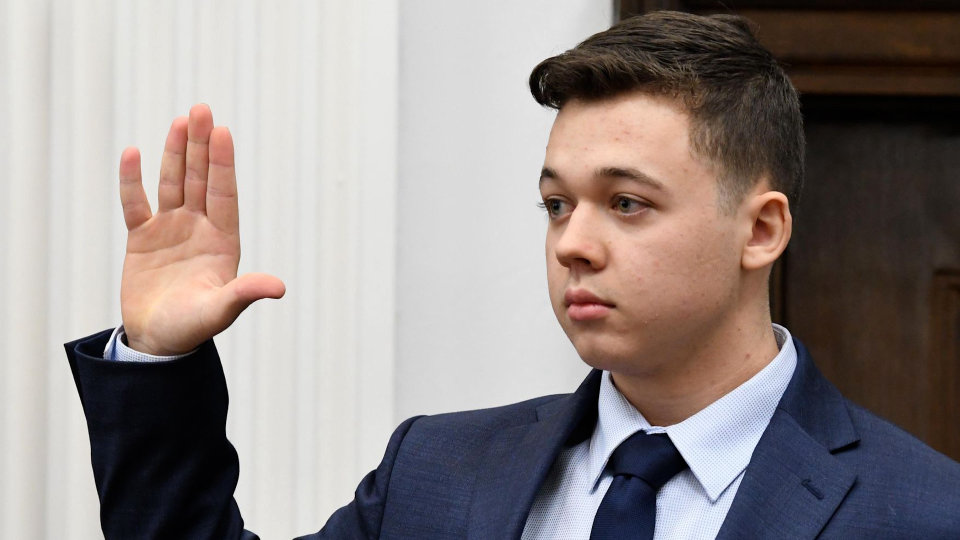 The fundamental issue hidden by all the chaos surrounding the Rittenhouse case is that the extreme anger being displayed against the verdict isn’t about the verdict, but what the verdict means constitutionally.  The consistent underlying motive of the socialists and communists has been and continues to be the destruction of the 2nd amendment.  If the leftist could get a verdict that essentially eliminated the right of self-defense, they could extend that elimination to the right of a citizen group to defend its neighborhood, its towns, and the nation.

The 2nd amendment reads as follows:  A well-regulated Militia, being necessary to the security of a free State, the right of the people to keep and bear Arms, shall not be infringed.  What good is keeping and bearing arms if their use under defensive circumstances results in a judicial decision that specifically attacks any defense other than that provided by the government?

A number of European countries will imprison an individual for defending himself, especially when police are in the vicinity.  Kyle Rittenhouse would be injured or dead if this standard of defense had been in place.  (The local police and the state government did virtually nothing under riot conditions in Kenosha a couple of years ago.)

Australians surrendered many personal firearms a few years ago.  Now they are under the tyrannical rule of an authoritarian socialist government.  There are massive peaceful protests against the COVID 19 lockdowns, but so what?  The Australian government has simply ignored the meaning of the protests.

Austria has gone so far as to demand that everyone be fully vaccinated against COVID 19 or face prison.  Apparently, this is a step too far even for their police and military but time will tell.  (Hitler was born in Austria.  It appears that NAZI ideas still remain at the highest levels of their government.)

The agenda of the radical left has not changed.  They call the Constitution an ever changing living document, thus undermining its stable framework and damaging its integrity.  For the anti-American left, the Kyle Rittenhouse trial was focused on their ever present claims of racism and white supremacy.  However, their ultimate motive was and remains the destruction of the 2nd amendment.  They cannot fully install their tyrannical socialist state and completely eliminate America’s constitutional republic without eliminating it.

The journal Circulation is a well-respected publication. It’s 71-years-old, its articles are peer reviewed and in one survey it was rated the world’s no 1 journal in the cardiac and cardiovascular system category.

I’m going to quote the final sentence of the abstract which appears at the beginning of the article. This is all I, you – or anyone else – needs to know.

`We conclude that the mRNA vacs dramatically increase inflammation on the endothelium and T cell infiltration of cardiac muscle and may account for the observations of increased thrombosis, cardiomyopathy and other vascular events following vaccination

“You can ruin Ritenhouses’ life in a million other ways…”

Too late, Tippy! His mother already ruined it for him…

The race baiting politicians, entertainers and news media are responsible for the mass murder in Waukesha. May they never walk in peace.

You sure about that “Dr” Death?

Turns out that the homicidal maniac was a BLM thug. Thus a domestic terrorist.

Not even a good try and you know it.

Hey, “Dr” Death, don’t blame me for spreading the truth. I’m sure you saw it live on Tucker!!

Btw, it is just you and me commenting on you lame piece – everyone is already ignoring it… even Stoner.

Christmas in Waukesha just attacked. SUV rammed people in crowd and shots were fired. Similar to what happened in Nice, France? Or BLM/ANTIFA attack? Regardless, attacker was antiAmerican.

There are protests and riots throughout Europe against the COVID tyranny. Netherlands, Italy, Croatia.

Rotterdam was literally a war zone. Some anti-vaxx protestors shot.

Australia is rounding up the unvaccinated and putting them in concentration camps.

Don’t be surprised if the feds decide the kid needs a new trial.

It will be tough.. but Lord knows with this sh.tty administration anything is possible. He isn’t a government official so that makes the violation of civil rights more difficult. Also since the Democrats are currently losing the cultural war, they will need this to go away. It would require a strong urge to play more politics to keep this going. And the “heroes” they have who got shot… Jesus… what a band of scum. If they had a black victim… then there would be no end to this issue. Erica’s band rioted somewhat over the weekend in the usual craphole you don’t won’t to visit… Portland… but Crap… if he manage to shoot and kill Jump Kick man… then DOJ would be all in and there’d be riots. It is a stretch for even the idiots like our friend Erica to portray this as white supremacy at work. He shot three felon white dudes.. Soros’ troopers…. the riots in Kenosha originally were led by Soros’ idiot whites… and they burned down a lot of minority businesses. But Kenosha can thank God that he missed Jump Kick man…
All that said… Biden and his merry band of idiots and bureacratic lifers… you might be right.

Even in a so-called 2A, pro-vigilante post the good “Dr.” Death managed to weave in some anti-vaxxer demagoguery. Impressive…

Your love of tyranny is duly noted.

Erica, pronoun She-IT, you made a point that is worth addressing… imagine that. Stunning… but you did point out that Rittenhouse might be facing civil trials from the felons, pedophile’s and domestic abuser’s families… What an array of heroes there Erica, you crap for brains fool! Hmm.. but you do have a point. I am sure liberal lefty lawyers are lining up to sue Rittenhouse for political reasons. Not for the dough like the parasites usually go after. But Erica… there’s deeper pockets for lawyer scum to sue on behalf of Rittenhouse… starting with diaper boy himself.. might be fun to sue old potato head Biden. Well Erica… this stupid legal system is a mess however it goes…

Rittenhouse could certainly counter sue for malicious plaintiff actions. Unlike the OJ case where there was considerable evidence of guilt even though he was found not guilty – but not innocent. OJ got away with murder because of a racially inspired jury. Rittenhouse was judged not guilty because of the overwhelming evidence on video..

Tippy, you might want to ask Trump if any president can be sued while in office… you need to study up a bit….

Erica, pronoun She IT, Wisconsin is a modified contributory negligence state… that is if the defendant can be said to contribute 51 percent to the incident, they cannot pursue a civil claim. So that rules out the one armed felon who admitted he pointed his gun at Kyle. The pedophile that scumbags like you, you POS, are so taken with, screamed I am going to kill you at him… I forge the details of the last turd that attacked… the one who held a knife to his brother’s gut and said he’s going to gut him like a pig… was he skateboard dude? Yes I think that was him.. swinging a skateboard at someone’s head is probably enough to rule out his civil case. So Erica… the lawsuits for your heroes don’t look too good. But like I said some sorry sack of liberal crap like yourself lawyer might take the case for free.. but the chance of prevailing doesn’t look good and if for pay, these lawsuits drag on and on and will cost those scumbags families a good deal of money for nothing. But I bet someone takes them on.
This is another way your idiot party is losing crap for brains… keep it up. Just let this go dumb ass… You can ruin Ritenhouses’ life in a million other ways…

Biden was not president at the time he defamed Rittenhouse. He can be sued as a private citizen. Now, collecting the debt would likely be difficult until Biden was out of office.

One Democrat loser, a woman, was so evil in her blaming the Waukesha on Rittenhouse and the jury that she has now been fired from her DNC position. Even her evil friends couldn’t stand what she said because they know just how bad it was. Hopefully, she will find herself and her kids living on the streets as penance for her evil behavior.