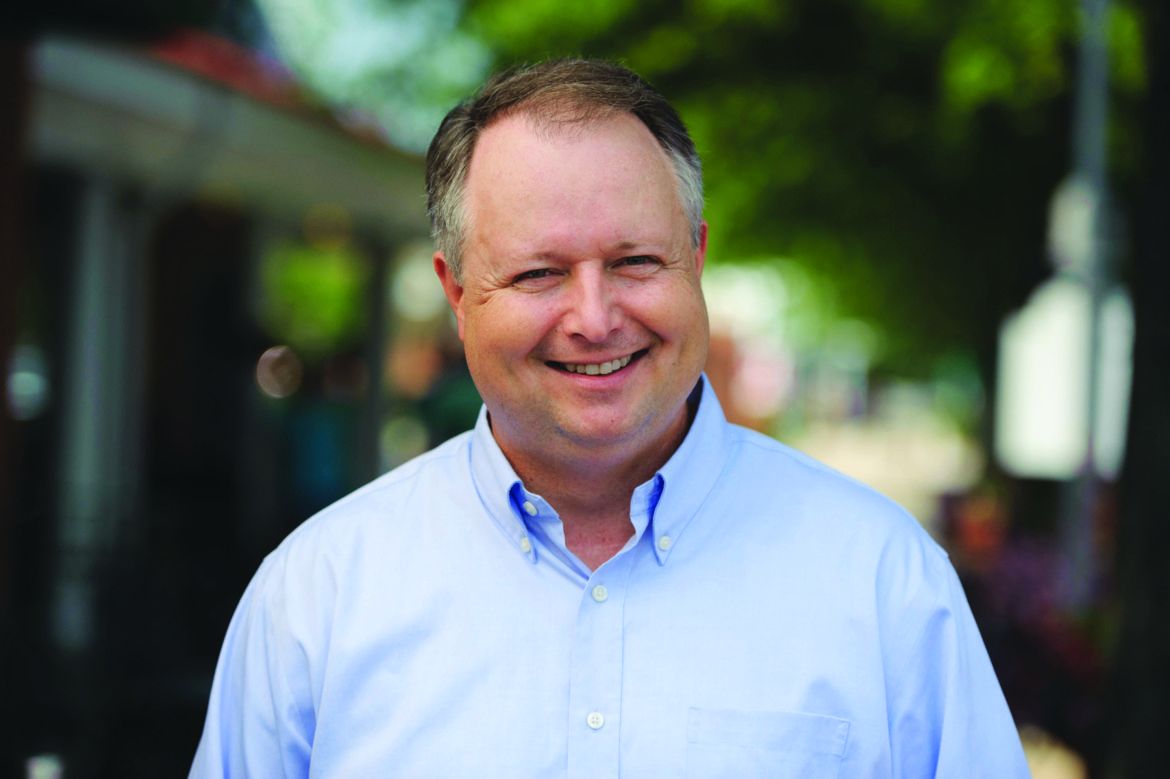 Next year Delegate John Bell (D-Loudoun) will challenge Senator Dick Black (R-13th district) for his Senate seat.Â  Bell is too extreme for the 13th as indicated by his ratings from various citizens groups and his votes in the General Assembly.

The Family Foundation has also given Senator Black a perfect score of 100%.Â  They scored Delegate Bell at 11%.

Bell has always supported Planned Parenthood and their funding while Senator Black has always opposed it.

The bottom line, Delegate Bell is too extreme for the 13th Senate district.

This announcement is the best news ever. While bell will be a difficult challenger to black, as he’s been on the ballot in part of the precincts in dick’s district, this will motivate GOP activists and donors because a Dick Black win is a twofer for Republicans — we get Dick back for 4 years and Bell out of the House of Delegates, where has been a useless legislator. He never got any bills passed! A number of Democrats, while being in the minority, get bills passed. In addition, he is among the sleaziest campaigners ever in Loudoun history. I mean EVER. I call him Dirty John Bell. His personal attacks on David Ramadan, Subba Kolla and Cheong Yuen were unbelievable, let alone plastering the right of way of the highways with road spam (illegally placed yard signs). This also is a great opportunity for David, Cheong or Subba to run for the House seat. So, I hope Bell goes through with this and wins the Democratic Primary next year in the Senate race.

So many things are factually inaccurate about this…

1) Del. Bell has gotten bills passed, please learn how to use lis.virginia.gov; in addition, his work as a legislator & member of the Appropriations Committee has secured much need funding for schools in Loudoun and Prince William Counties.
2) Del. Bell never made “personal attacks” on any of his opponents…calling out positions outside of the mainstream on women’s reproductive health, guns, or transportation funding is not a personal attack; it is your position on important issues of public policy. If you’re referring to his speaking out about Chuong Nguyen’s record as a prosecutor, I think his record speaks for itself that he was not very good at his job (CA Jim Plowman, his old boss, wouldn’t even support him/campaign for him when he was SHARING THE BALLOT WITH HIM…tells you a lot). Also, the website he created after he lost in 2015 for his “private practice” is still under construction (http://chuonglaw.com/) so…
3) This is how Chuong Nguyen is spelled.
4) Your remarks about yard signs is LUDICROUS, given what people like David Ramadan and his would-be successors have done with yard signs. While I will admit that sometimes supporters of Del. Bell have put yard signs on highways, Republicans like David Ramadan and others violate that rule MUCH more egregiously.

What seat did Bell have?

None of those positions are â€œextremeâ€. Liberal perhaps but not extreme.

Can you come up with an extreme leftist position? As Jordan Peterson has said so often, “We know when the Right has gone too far (e.g., Nazism, Jim Crow, etc.), but when does the Left go too far?” By the way, that includes liberals.

Yes, I can. These are certainly not among them in anyoneâ€™s eyes except those on the farthest right wing.

I agree with you. You’d be surprised on how many issues I would actually agree with you outside issues of 2nd Amendment, school choice, welfare, and immigration. Take away those issues, and I am center-left. So, could you please be specific on when you think the Left has gone too far? And whom would you regard among Democrats as an extreme leftist?

Stalinism, the Khmer Rouge regime, much of Maoism – now before you cry â€œfoulâ€ I want you to look at the examples you cited.

More immediately, the left can go too far with some environmental positions (like anti-nuke power, anti-windmills,etc) but that is overwhelmed by the Rightâ€™s anti-environment positions so I give them a pass (if you wish to explore this issue, I can go on all day, but I will get into some serious weeds). I think they often overreach on fossil fuels – I DO consider natural gas to be a valid transition fuel in terms of carbon emissions for instance – the left often takes an zero tolerance position there (to our detriment sometimes).

OK. I agree with that. In high school in the early 70s I was involved in Students for Environmental Action, along with David Axelrod (we were classmates). Why the Left is so anti-nuke is beyond me.
I think the Religious Right goes overboard in its dogmatic embrace of “God said be fruitful and multiply.” I believe that global warming and overpopulation are the biggest threats facing the planet and yet the nonsense I hear from my conservative Christian friends (“the planet can easily accommodate ten or a hundred times its current population” is mind boggling and fatally dangerous.
Ball back to you.

Delegate Bell retired with distinction after 25 plus years in the United States Air Force.

Senator Black is a defender of the Butcher of Syria, spoke on his behalf on the Senate floor, and visited him — paid by the Iranians.

And if you want to play that game, Senator Black served a total of 31 years of service in both the Marine Corps and US Army.

The Air Force is not the military. It is an airline that drops bombs on people.

To know that Assad is a good person, simply look at who wants him dead. Islamists, neocons, and liberals.

Iâ€™ll tell that to my buddy who did tours in all the Middle East Bush Wars flying A-10 rescue missions.

I worked at the Joint Warfighter Center for three years and know more USAF pilots than you ever will. My son in law is a military jet pilot. My comment about the USAF’s not being the military was made in jest, but in reality the Air Force is the only service in which a small portion of officers (combat pilots) do the fighting, while the rest of the force does the cheerleading. In the other services it is reversed with a small portion of officers (i.e., flag officers) doing the cheerleading while the rest of the force fights. I served in the Army for 20 years, but I worked enough with the Air Force during my active duty time and my time as a support contractor to know that it is a different animal.

Dick Black spent his entire career in the service. He was a marine in Vietnam and spent the rest of his career in the Army, retiring as a Colonel.