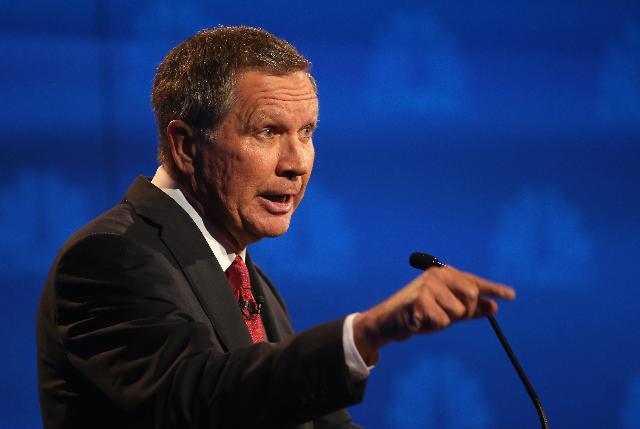 He has a record of pragmatic Midwestern conservatism, and has demonstrated an aptitude for the horse-trading and coalition-building thatâ€™s so lacking in todayâ€™s Washington. (Itâ€™s no small irony that one of Kasichâ€™s finest accomplishments as a congressman â€” joining the bipartisan deal to impose a 10-year ban on assault weapons â€” is one that he barely mentions now.)

…he has been capable of compromise and believes in the ability of government to improve lives. He favors a path to citizenship for undocumented immigrants, and he speaks of governmentâ€™s duty to protect the poor, the mentally ill and others â€œin the shadows.â€ While Republicans in Congress tried more than 60 times to kill Obamacare, Mr. Kasich did an end-run around Ohioâ€™s Republican Legislature to secure a $13 billion Medicaid expansion to cover more people in his state.

John Kasich is the poster-child for all thinking Republicans left behind by a party overrun by an irrational, seething fringe. The Ohio governorÂ is the antithesis of the shrill, bigoted screaming heads dominating the Republican Party field. He should carry the GOP standard heading into November’s presidential election, if re-injecting reason into GOP rhetoric is of any concern.
Kasich won’t wage the dehumanizing ground war against immigrants looking for work. Kasich sees immigrants as human beings, supports bolstering U.S.-Mexico border security, while providing a much-needed pathway to legal status for the 11.5 million people already illegally in the U.S.

[…] Trump, Chris Christie, Â¡Jeb! Bush, and to a lesser extent, John Kasich (who is the worst of the lot other than Trump), brag about how we need get back to violating the Fourth Amendment rights of […]

[…] Trump, Chris Christie, Â¡Jeb! Bush, and to a lesser extent, John Kasich (who is the worst of the lot other than Trump), brag about how we need get back to violating the Fourth Amendment rights of […]