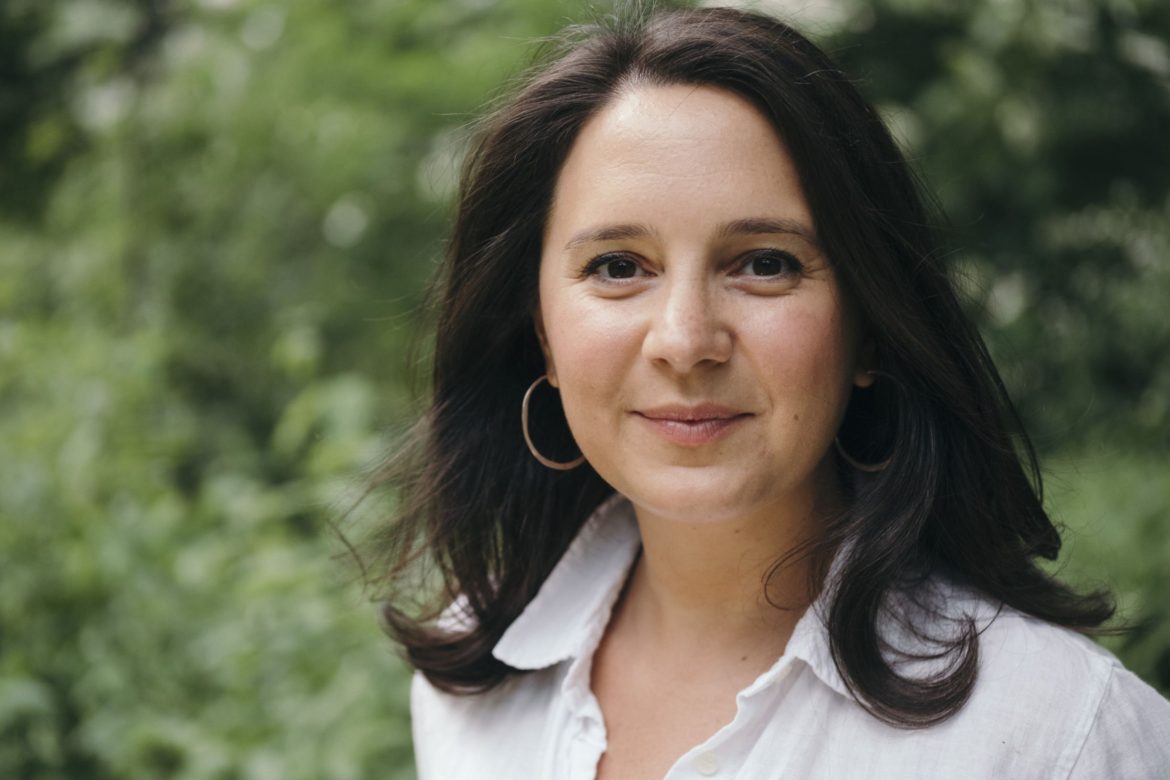 According to folklore, the presence of storm petrels â€” a type of sea bird â€” is a sign of an approaching storm.  Alluding to that folklore, a British writer characterized Soviet officials who defected to the West in the 1920s and 1930s as storm petrels.  See Gordon Brook-Shepherd, The Storm Petrels (Ballantine Books, 1977).  By rough analogy, I will refer to the growing number of discontented liberals as â€œStorm Petrels.â€

(3) questions whether progressives are embracing policies that are antithetical to progressivism.

Kara Dansky is an attorney who describes herself as a Democrat and a feminist.Â  Ms. Dansky has been involved with the Womanâ€™s Human Rights Campaign, the Womenâ€™s Liberation Front, and the American Civil Liberties Union.Â  Noting her inability to get her opinions accepted for publication by other U.S. media, Ms. Dansky turned to The Federalist website to express her criticisms of transgender ideology.Â  See â€œDemocrats Like Me Are Furious With Our Party For Pushing Gender Insanityâ€

Ms. Danskyâ€™s article in THE FEDERALIST and her book The Abolition of Sex: How the â€œTransgenderâ€ Agenda Harms Women and Girls (Bombardier Books, 2021) set forth her passionate, scathing critique of the effort to give legal protection to persons identifying as transgender.Â  Danskyâ€™s book also describes the verbal abuse directed against women objecting to transgender ideology.

Glenn Greenwald, formerly a constitutional lawyer, is a journalist who has been critical of the National Security Agency and what he terms â€œthe surveillance state.â€Â  In the past, Mr. Greenwald worked with SALON (a progressive/liberal website) and The Guardian (a British newspaper).Â  As an independent journalist, Mr. Greenwald has strongly criticized the Democratic Party and its media allies for their support of censorship.Â  See â€œKyle Rittenhouse, Project Veritas, and the Inability to Think in Terms of Principles. Mr. Greenwald also has criticized the Select Committee to Investigate the January 6th Attack on the United States Capitol for claiming absolute, unfettered power to obtain data on Americans, and compares its investigatory techniques to the abusive actions of McCarthy-era Congressional committees that were the subject of Supreme Court decisions in the 1950s.Â  See â€œCongressâ€™s 1/6 Committee Claims Absolute Power as it Investigates Citizens With No Judicial Limitsâ€.

Tara Henley describes herself as Canadian journalist for 20 years who â€œworked as a TV and radio producer, and occasional on-air columnist, for much of the past decade.â€  In explaining her resignation from the Canadian Broadcasting Corporation (CBC), Ms. Henley notes:

(2) to work at CBC â€œis to sign on, enthusiastically, to a radical political agenda that originated on Ivy League campuses in the United States and spread through American social media platforms that monetize outrage and stoke societal divisions.  It is to pretend that the â€˜wokeâ€™ worldview is near universal â€” even if it is far from popular with those you know, and speak to, and interview, and readâ€

(3) â€œ[t]o work at the CBC now is to accept the idea that race is the most significant thing about a person, and that some races are more relevant to the public conversation than othersâ€

(4) â€œ[t]o work at the CBC is to submit to job interviews that are not about qualification or experience â€” bust instead demand the parroting of orthodoxies, the demonstration of fealty to dogmaâ€

(6) to work at the CBC â€œis to consent to the idea that a growing list of subjects are off the table, that dialogue itself can be harmful.  That the big issues of our time are all already settledâ€

(7) to work at CBC â€œis to capitulate to certainty, to shut down critical thinking, to stamp out curiosity.  To keep oneâ€™s mouth shut, to not ask questions, to not rock the boat.â€

Bari Weiss is an independent journalist who resigned from the New York Times.  In her resignation letter, Ms. Weiss made several trenchant criticisms, including:

(1) â€œTwitter is not on the masthead of The New York Times.  But Twitter has become its ultimate editor.  As the ethics and mores of that platform have become those of the paper, the paper itself has increasingly become a kind of performance space.â€

(2) â€œI was always thought that journalists were charged with writing the first rough draft of history.  Now, history itself is one more ephemeral thing molded to fit the needs of a predetermined narrative.â€

(3) â€œMy own forays into Wrongthink have made me the subject of constant bullying by colleagues who disagree with my views.  They have called me a Nazi and a racist; I have learned to brush off comments about how Iâ€™m â€˜writing about the Jews again.â€™  Several colleagues perceived to be friendly with me were badgered by coworkers. . . . . [S]ome coworkers insist I need to be rooted out if this company is to be a truly â€˜inclusiveâ€™ one, while others post ax emojis next to my name.â€

(4) â€œ[I]ntellectual curiosity â€” let alone risk taking â€” is now a liability at The Times.  Why edit something challenging to our readers, or write something bold only to go through the numbing process of making it ideologically kosher. . . .  And so self-censorship has become the norm.â€

(5) â€œWhat rules remain at The Times are applied with extreme selectivity.  If a personâ€™s ideology is in keeping with the new orthodoxy, they and their work remain unscrutinized.  Everyone else lives in fear of the digital thunderdome.  Online venom is excused so long as it is directed at the proper targets.â€

I strongly recommend that you read the full text of the various publications cited in this article.  Although I believe my summaries and selected quotes fairly present the various criticisms of these liberal â€œStorm Birds,â€ the best way to appreciate the seriousness and intense passion of their criticisms of the Democratic Party and the American Left is to read their writings yourself.

As noted earlier, none of these liberals have indicated that their criticisms will lead them to abandon their liberalism or embrace conservatism.Â  However, their experiences are indicators that even their liberal views are increasingly not acceptable to significant elements of the Democratic Party and the American Left (or in Ms. Tenleyâ€™s case, the Canadian Left that has embraced radical ideas originating from American Ivy League schools).Â  The experiences of these liberal â€œStorm Petrels,â€ and others like them, are an ominous sign of the implacable intolerance facing anyone who does not want to conform or submit to the currently dominant ideological elements of the Democratic Party and the American Left.

I heard Nick Freitas speech. My initial thought was good defense, but he wasnâ€™t tough enough. He should have asked the other side how they like it when they are called evil socialists who hate America.

I liked his speech, but more is needed. Democrats who use the language and claims of bigotry need to be confronted and put on the defensive.

Oh and one more major point… The Elites don’t really give a rats ass about countries anymore. Do they care about the poor slobs in West Va who lost their jobs from sending entire industries to China? Do they care about the US border..? See how Dopey Joe, their man enforces that? No.. countries do not matter because They are above them. Migrate millions here… send jobs there where labor is cheap… The US? who gives a shit about that for them.

You cannot really call the Left the Left anymore. They are really mostly for big anything… Tech… Pharma… Wall St. They are more what is coined by Globalist. Oh and big Green bullshit. It is more of a movement to control you for the globalists agenda. They are not traditional communists in the sense that they cared about shall we call them the proleteriat, or rather posed as caring about the under classes. Now they care about power. They have more in common with George Bush than they care to admit. The uniparty. Even their so called socialists are just bullshit. AOC? Bernie… please… they are both wealthy now. Coopted by globalism.
And don’t think the Mitch McConnell is anything different than Nancy Pelosi… Now the Democrats know that they have to hand out welfare to keep the masses from rioting while they enrich themselves. McConnell knows this too.. Have you seen the GOP ever… ever stop spending? George W spent more money than Clinton did for example.
So you are in a bit of a different world now for both sides… It is more an attempt for the elites to control you… Get you VAX… wear your mask… while we rake in profits with our little stoodge puppets in government.
But some people like Useful Idiots Johnny and Erica think that the other side is somehow different… All a show dumbassess… They are all working for Davos with a few exceptions..

A clear and concise analysis of today’s Democrats – well done!

I think a better analysis is democrats embrace evil. Stupid is certainly appropriate, but stupid is in cureable.

Ad hominem attacks by members of the Party in support of their groupthink serve to further validate your characterization. They are otherwise unable to defend any assertions to the contrary.