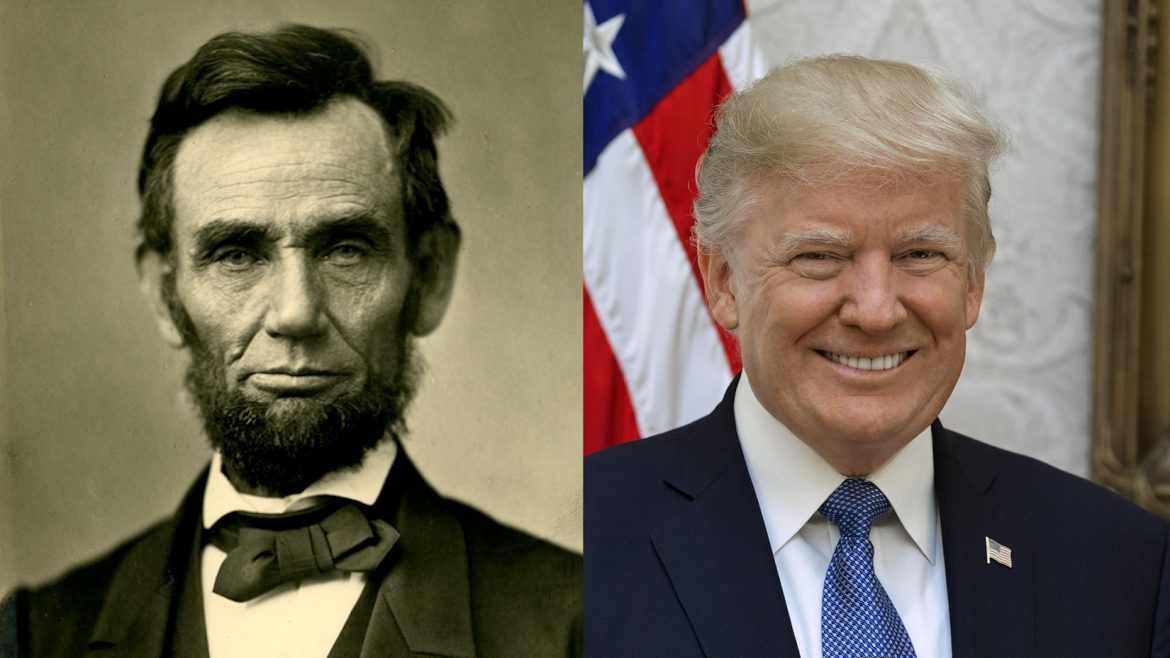 Hillary Clinton once claimed that while she was living in the White House occasionally she would talk to Eleanor Roosevelt. Well, not talked to, rather communed with Eleanor, who like Hillary was a first lady who thought she had a mandate to make policy. And like Hillary she had a philandering husband, who would indulge her passion for policy making, while he passionately pursued another woman, Lucy Mercer.

Well, if former occupants of the white House can give advice from the afterlife, what would one of President Trump’s Republican predecessors say to him? What advice would he receive in this national emergency?

So I wonder what advice would the first Republican President, Abraham Lincoln give to Trump? Lincoln and Trump have many similarities. Both tall with funny hair. Both hated by the elites, both faced national emergencies, both having to battle a deep state. Both received less that 50 percent of the popular vote. Both denounced as illegitimate.

In fact Lincoln was far more hated than Trump. Once elected several southern states went so far as to leave the union claiming “He is not my President!”

Lincoln had to be smuggled into Washington for fear of his life. And when Lincoln arrived he was told by an aid that most people in Washington (swamp dwellers) wanted to tar and feather him, and run him out of town. Lincoln humorously responded, “well if it weren’t for the honor I’d much rather walk.”

In my readings I found this bit of advice from Lincoln. I think this would be perfect, almost as if Lincoln envision a Trump presidency:

“If I were to try to read, much less answer, all the attacks made on me, this shop might as well be closed for any other business. I do the very best I know how – the very best I can; and I mean to keep doing so until the end. If the end brings me out all right, what’s said against me won’t amount to anything. If the end brings me out wrong, ten angels swearing I was right would make no difference.”

Lincoln is right. In the end the fake media won’t matter. History will never remember Chuck Todd or Jake Tapper. They are nobodies and they always will be.

If Trump gets us through this pandemic, with limited loss of life and an economy that can bounce back, he will, like Lincoln, be thought of as great.

If he gets us through, Trump, like Lincoln will forever belong to the ages.