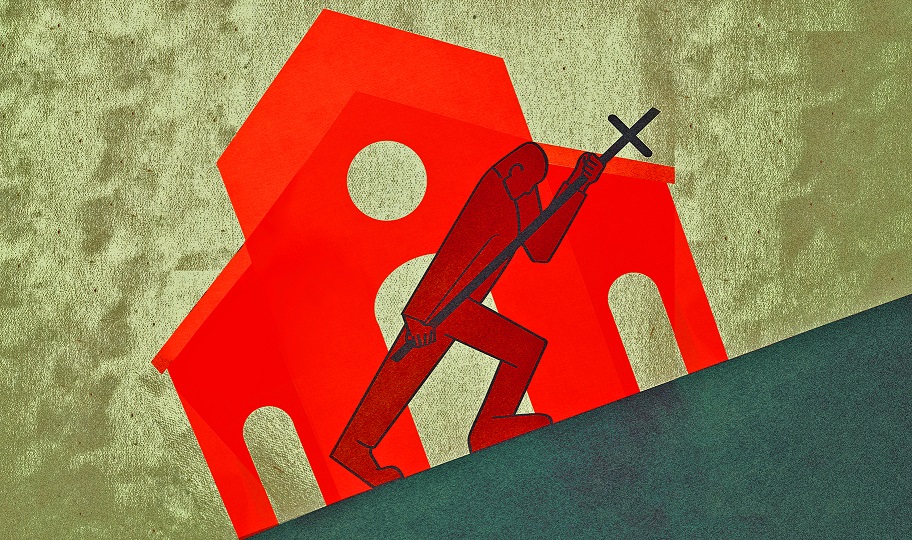 I am reading Rod Dreher’s book “Live Not by Lies” [Sentinel Press (Penguin Random House, LLC)]. The book is built on the experiences of a number of people who escaped from Iron Curtain countries. Dreher’s premise is that what happened there is happening here, just in a different guise. Rather than summarize what I have read so far, I would prefer to just quote the author.

What if we really are witnessing a turn toward totalitarianism in the Western liberal democracies and can’t see it because it takes a form different from the old kind?…

In talking at length to some of the emigrants who found refuge in America, I discovered that they are genuinely angry that their fellow Americans don’t recognize what is happening….

Elites and elite institutions are abandoning old-fashioned liberalism, based in defending the rights of the individual, and replacing it with a progressive creed that regards justice in terms of groups. It encourages people to identify with groups – ethnic, sexual, and otherwise – and to think of Good and Evil as a matter of power dynamics among the groups. A utopian vision drives these progressives, one that compels them to seek to rewrite history and reinvent language to reflect their ideals of social justice….

Under the guise of “diversity,” “inclusivity,” “equity,” and other egalitarian jargon, the Left creates powerful mechanisms for controlling thought and discourse and marginalizes dissenters as evil….

The fact that relative to Soviet Bloc conditions, life in the West remains so free and so prosperous is what blinds Americans to the mounting threat to our liberty. That and the way those who take away freedom couch it in the language of liberating victims from oppression….

What is happening here? A progressive – and profoundly anti-Christian militancy – is steadily overtaking society; one described by Pope Benedict XVI as a “worldwide dictatorship of seemingly humanistic ideologies” that pushes dissenters to society’s margins….

The old, hard totalitarianism had a vision for the world that required the eradication of Christianity. The new, soft totalitarianism does too, and we are not equipped to resist its sneakier attack….

Today? The Western world has become post-Christian, with large numbers of those born after 1980 rejecting religious faith. This means that they will not only oppose Christians when we stand up for our principles – in particular, in defense of the traditional family, of male and female gender roles, and of the sanctity of human life – but also they will not even understand why they should tolerate dissent based in religious belief.

We cannot hope to resist the coming soft totalitarianism if we do not have our spiritual lives in order. This is the message of Aleksandr Solzhenitsyn, the great anti-communist dissident, Nobel laureate, and Orthodox Christian. He believed the core of the crisis that created and sustained communism was not political but spiritual….

On the eve of his forced exile, Solzhenitsyn published a final message to the Russian people, titled “Live Not by Lies!” In the essay, Solzhenitsyn challenged the claim that the totalitarian system was so powerful that the ordinary man and woman cannot change it.

Nonsense, he said. The foundation of totalitarianism is an ideology made of lies. The system depends for its existence on a people’s fear of challenging the lies…. You may not have the strength to stand up in public and say what you really believe, but you can at least refuse to affirm what you do not believe.

There is more in the book, much more, that you would do well to read. I have a friend who escaped from Romania seven years before the Iron Curtain fell, and he is heartsick at what is happening in America. Freedom loving Americans need to, by the grace of God, overcome our fear and “speak the truth with love” in the face of this political and spiritual travesty. We need to speak it in the marketplace, in the public square, and in the voting booth. Speak up now while you still can.