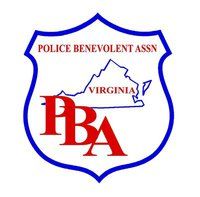 The Loudoun chapter of the Police Benevolent Association has made its endorsements and declined to make an endorsement in the Sheriff’s race although they endorsed Jim Plowman for Commonwealth Attorney.  It is unusual for a law enforcement group like PBA to not endorse in the Sheriff’s race. The organization will issue a press release in the coming days to explain their reasons for not endorsing in the race for sheriff.  In addition to Jim Plowman, the group has endorsed the following candidates for supervisor:

Along with their endorsements the Loudoun’s BPA issued the following statement:

“These candidates’ knowledge and experience on issues that are important to law enforcement professionals make them deserving recipients of our endorsement,” Loudoun County PBA Chapter President Sean Dikeman said in a prepared statement. “The Loudoun County Chapter of the Virginia Police Benevolent Association is proud to put our support behind these candidates and asks that the citizens of Virginia do the same. A vote for these candidates is a vote for the men and women of law enforcement and the citizens they serve.”