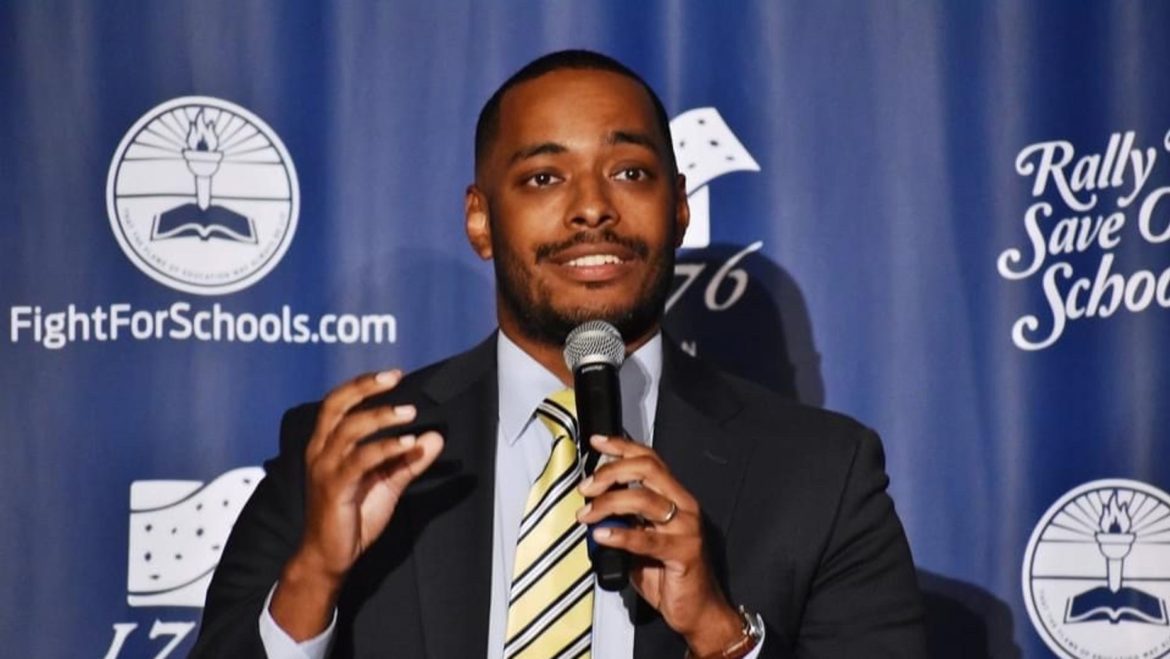 Loudoun Supervisor Juli Briskman (D-Algonkian) has labeled the Loudoun parent group, Fight For Schools, as “alt-right” because they oppose what is happening, and what is being taught, in Loudoun County Public Schools. There is nothing alt-right about the group. It includes parents and taxpayer of all races and religions.

“As a Jewish American, I am completely offended,” Elicia Brand, a Loudoun County mom who has volunteered with Fight for Schools for months, told Fox News on Sunday. “I take that as a personal affront.”

Brand told Fox News that she has volunteered with Fight for Schools since its inception and that she started her own organization, Army of Parents, in part to support FFS’s efforts.

“To call us alt-right is a punch in the gut, a stab in the heart for all parents who fight for their children,” she added.

“I think it’s absurd,” Joe Mobley, a Black father of four in Loudoun County, told Fox News on Sunday. “It’s an ad-hominem,” he added, arguing that Briskman used her attack to distract from the idea that “parents shouldn’t have a say in what goes on in the classroom because your kids belong to the state.”

“Obviously, as a Black dude it’s weird to be called a White nationalist,” Mobley added. He noted that Briskman launched her political career after publicly “flipping off” the president at the time, Donald Trump.

“Instead of calling us names, meet with us and have a chit-chat,” he suggested.

“Ms. Briskman’s false and defamatory statement is an attack on a diverse coalition of thousands of Loudoun County residents that are utilizing a legal process to remove school board members that have violated the law and their own code of conduct,” Prior told Fox News on Sunday. “The best thing Ms. Briskman could do, as an elected official, is publicly retract her statement and cease and desist from regularly attacking her constituents on social media.”

“But we aren’t holding our breath,” he added.

Juli (I can’t help but wonder with her 7th grade spelling of her name, if she dots the i with a circle or a heart) Briskman began her political career by giving Trump’s Presidential motorcade the middle finger. Another classy Democrat.

You can’t fix stupid, but you can vote Democrats out of office.

Generic Congressional poll is +16 Republican. Keep it up stupid Democrats, keep it up.

Vouchers put the power where it belongs – in the hands of parents.

send your kids wherever you want

That is what vouchers do. Glad we agree.

Sounds like those folks need to print more recall petitions.

“There is nothing alt-right about the group. ” False

Obviously, you are a Democrat who knows nothing about what is happening in Loudoun County but chooses to comment (erroneously) anyway.

I know plenty. You should stop assuming

I get called a commie, pinko, lib, whatever around here all the time BUT, your incessant drive-by comments without anything to support them is getting a little tiresome.

Speak your peace, or don’t.