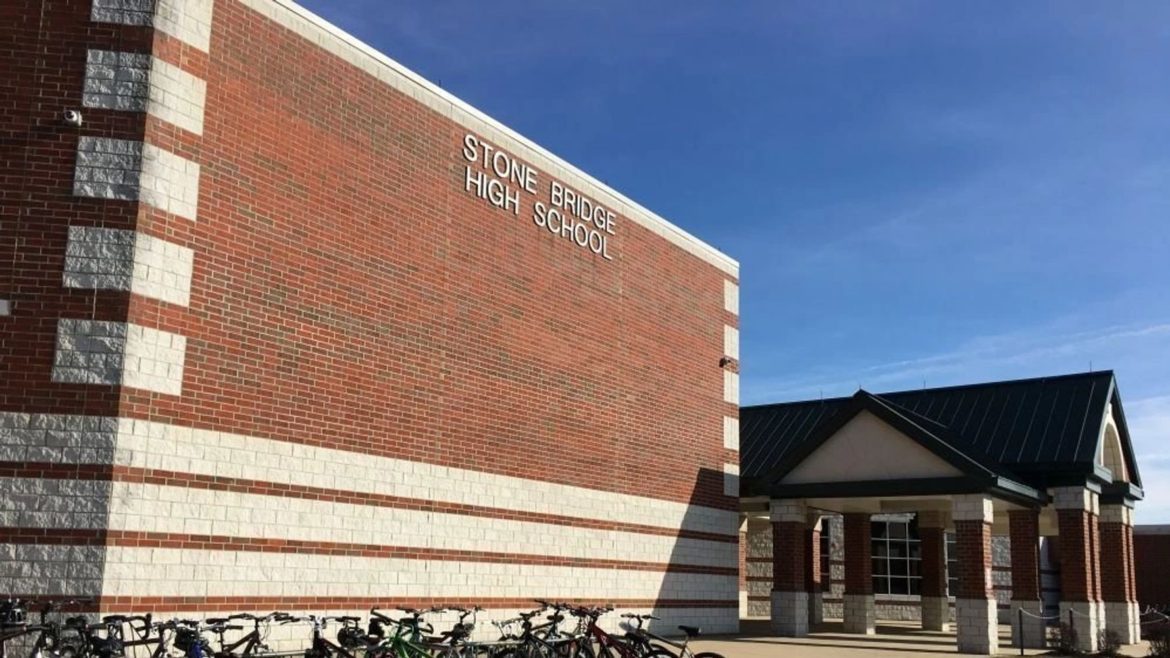 Chief Judge at Virginia Juvenile and Domestic Relations District Court, Pamela Brooks, ruled today that a 14 year old boy, while dressed as a girl, was guilty of sexually assaulting a girl in the bathroom at Stone Bridge high school. We previously reported on the assault and what followed here.

After the assault, the Loudoun County Public Schools transferred the boy to Broad Run high school where he sexually assaulted a second girl. LCPS did everything they could to hide both assaults and lied to the public, in an effort to continue promoting their leftist transgender school policies. Loudoun Superintendent Scott Ziegler later somewhat apologized for not keeping students safe in their schools.

“We are relieved that justice was served,” Bill Stanley of the Stanley Law Firm said in a news release. “This horrible incident has deeply affected the family, and they are grateful for today’s outcome.”

The law firm also noted is still plans to pursue civil legal action against the Loudoun County school system. Attorneys claim administrators and officials within Loudoun County Public Schools failed to protect students by allowing the boy to transfer schools after the initial sexual assault was reported in May.

This is a direct result of Elected Democrats like Terry McAuliffe & Barack Obama promoting
Sexual Promiscuity among minors.

Terry McAuliffe does not deserve to be Governor of Virginia much less even be allowed in Virginia.

I am glad the cis-male was found guilty of his violent rape. Wish more of them were. They are truly a threat to our daughters.

You have no idea about his gender orientation so, as usual, you try to excuse the situation in order to promote perversion. The Democrat Party has gone so far off the rails that it represents everything that is evil.

Seems that the LCSB and the LCSB Superintendent were complicit and were an accessory after the fact.
They did not report anything to the police and they lied to the parents, repeatedly.
The perpetrator was assigned to another school and committed another crime.
Did the LCSB or the LCSB Superintendent tell the administration at new school what this guy have done to be transferred?
Did the new school keep it a secret from the teachers who taught this guy?
Was it Northam that told the school boards that they didn’t have to call the police for these type of offenses?

“Chief Judge at Virginia Juvenile and Domestic Relations District Court, Pamela Brooks, ruled today that a 14 year old boy, while dressed as a girl, was guilty of sexually assaulting a girl in the bathroom at Stone Bridge high school”

That is clearly not what happened. From WTOP:

“During opening statements of the two-hour hearing in Loudoun County Juvenile and Domestic Relations District Court, prosecutor Barry Zweig said the two teens chatted daily on the Discord app, in the weeks leading up to the May 28, 2021, incident at Stone Bridge High School, in Ashburn.

The teens had “sexually charged conversations,” and had engaged in consensual sexual relations twice in weeks prior, in a bathroom at the school.

On May 28, the boy texted the girl and asked her to meet him in the girls bathroom, and she agreed.”

So it has nothing to do with trans kids in any way whatsoever. Two kids had sex in the bathroom two times earlier – this time she agreed to meet him in the bathroom again but decided (as is her right) not to have sex again. He raped her and will pay for it as he should. But this has nothing to do with trans kids or any policy regarding them. Conservatives just want to take advantage of this child’s abuse in their drive to vilify trans kids. Deplorable…

“So it has nothing to do with trans kids in any way whatsoever.” Don’t you get it???? This kid wore a dress. As such, under state Board of Ed policy, he can pick the bathroom he wants based on his chosen sex.! So, your LGBTQ social justice policy led to a girl being sexually assaulted and Loudoun Public Schools, covering it up!!! and, even it was consesnsual, it was wrong . Are you Democrats now saying it’s okay for kids to have sex in school bathrooms??? Did you have children, Half Wit?

Eric tries to make this out to bee a boy/girl interaction. It is actually far worse. The boy wore a dress so that he could have access to the girl bathrooms so that he could rape more easily. He is either a transgender or male predator – anti makes no difference which he is. To protect girls it is important to stop all of this gender choice nonsense and return to sex based bathroom usage.

“This kid wore a dress. As such, under state Board of Ed policy, he can pick the bathroom he wants based on his chosen sex.!”

Two more lies in here. First the state board of education makes no policies regarding bathroom usage but instead leaves it up to the local school board. Second, the LCPS board policy regarding trans use of bathroom was not in place when the offense took place. You have to lie to vilify the trans kids that so frighten you. Deplorable!

you are the reality-denying mentally ill one

So why else would you hide the situation if not to protect leftist transgender school policies. Frankly, there is no other reason.

Frankly, the kid is not a trans. My guess he is one screwed up kid being poisoned by homophobic trumpers

The book Gender Queer has been found in schools throughout the country. It is so pornographic that a journalist was removed from a school board meeting when he read portions of it to the school board. By the way, it is apparently about boys having sex with boys and contains graphic how to pictures. Homosexuality is about pedophilia regardless of your ignorance of the subject