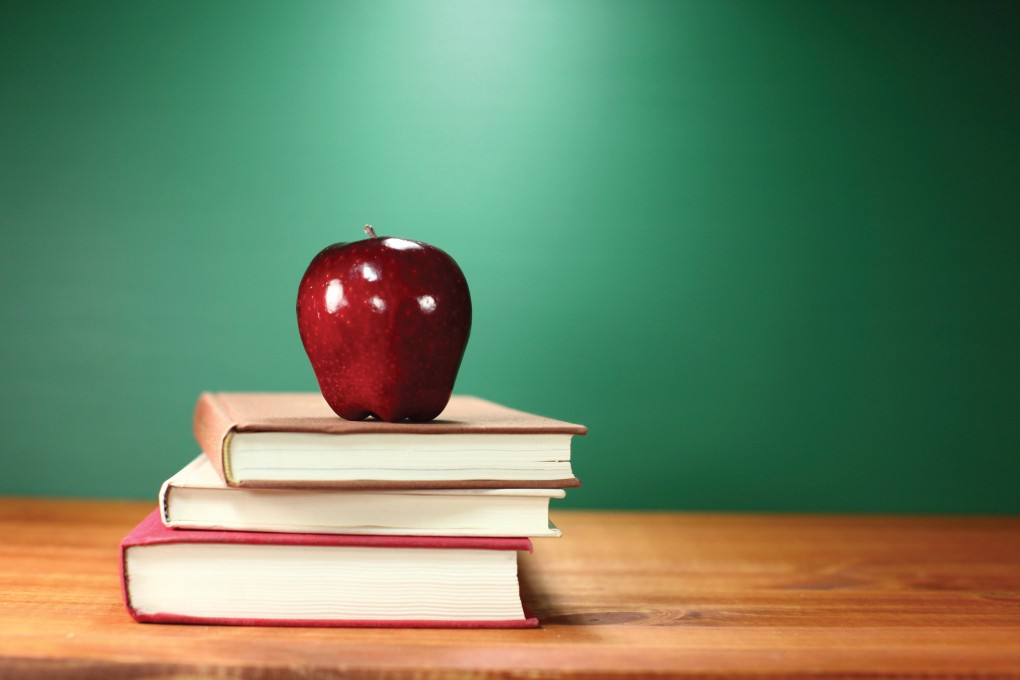 Once teachersâ€™ unions and associations began using their muscle to lobby to keep public schools closed this fall it was likely that city and state officials – who often owe their jobs to militant teachersâ€™ groups – might try to close private schools, too.

Private schools around the country resolved to open while many public schools knuckled under to teachers who want to keep them closed.

Almost immediately a rash of news stories and editorials began to appear, reporting on educational â€œhavesâ€ and â€œhave-nots,â€ essentially lamenting the fact that not all children would experience another semester of substandard virtual education.

In an editorial that calls this â€œSchool-Opening Extortion,â€ The Wall Street Journal points out that Democratic politicians are doing the bidding of militant teachersâ€™ unions who want to abolish private sector competition:

â€œNew Jersey Gov. Phil Murphy has said that if public schools are remote-only, private schools must be too. In Milwaukee, private schools planning to reopen were blindsided by a state order that no schools can do so until the city meets certain benchmarks. In California, Gov. Gavin Newsom has laid out new guidelines that will prevent private and public schools from reopening until the state declares they can.â€

Last week the Montgomery County, MD health officer made the first move in that state to halt the reopening of private schools: He issued a blanket executive order ordering them closed in that toney Washington suburb until at least Oct. 1.

If public schools were shuttered, no kid in Montgomery County would get a decent education.

On Saturday, Maryland Gov. Larry Hogan – a Republican – Tweeted impotently about the situation: 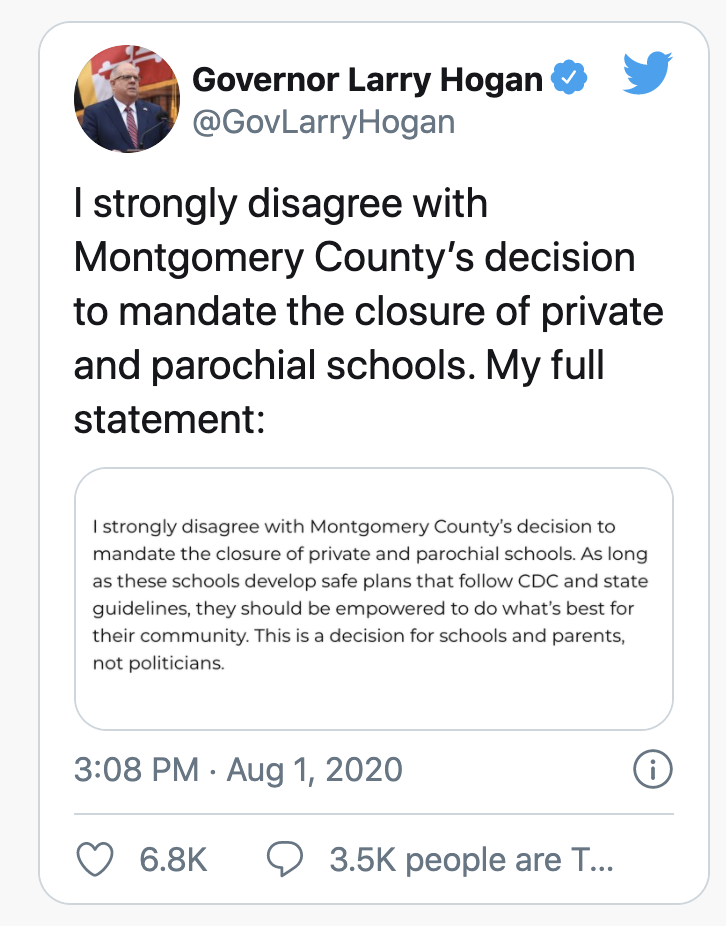 There were thousands of replies, divided between people urging the governor to â€œdo something about itâ€ and those telling him to mind his own business.

It looked like Hogan might be trying to have it both ways: expressing sympathy for private and parochial school families while allowing their schools to be closed to in-person learning.

But yesterday afternoon Hogan issued an emergency order of his own. The governor overruled the county mandate, saying private and parochial schools could make their own plans. 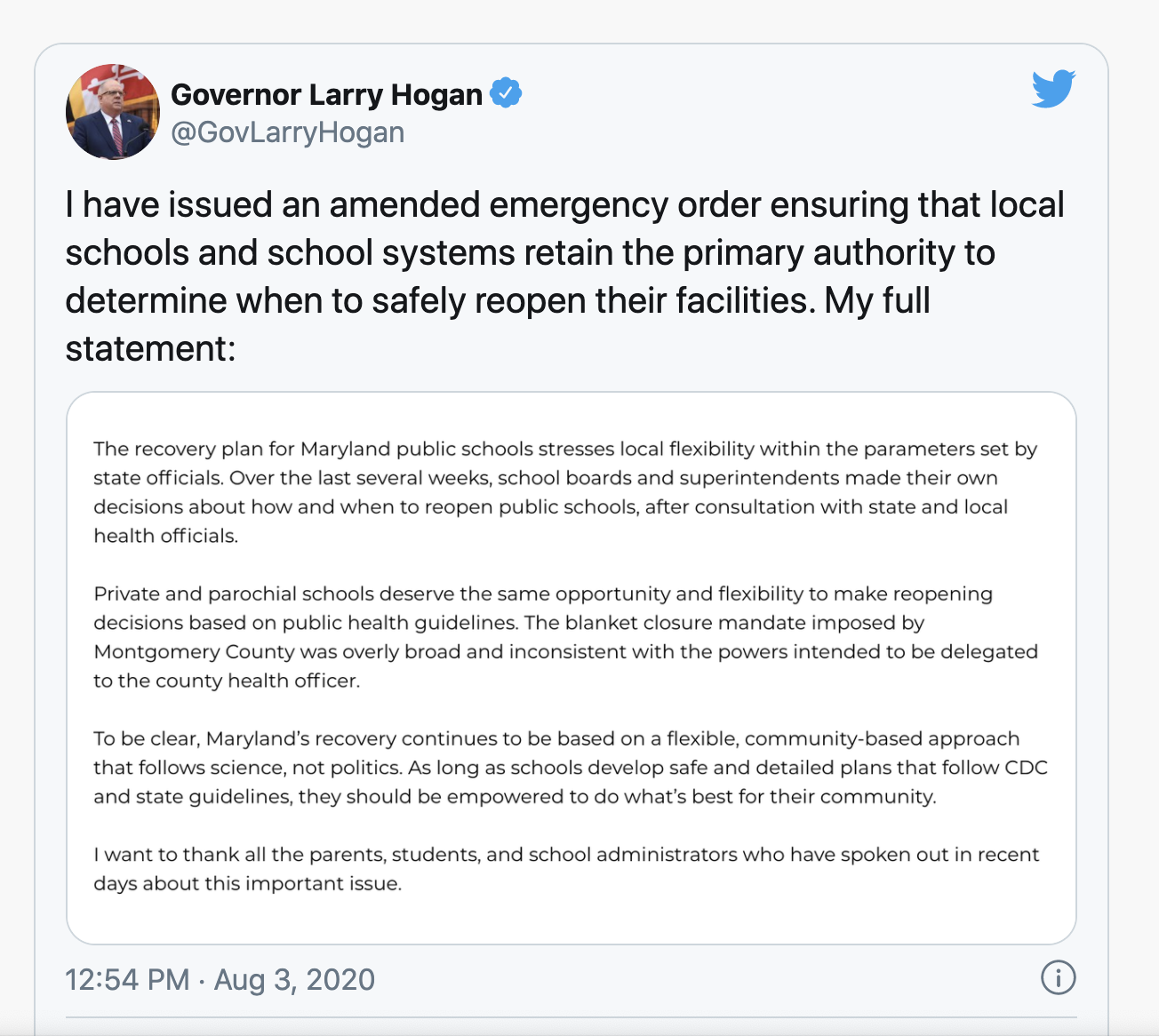 Predictably, Hoganâ€™s taking a lot of heat for this decision from the shut-it-all-down-till-thereâ€™s-a-vaccine crowd.

Nevertheless, the Maryland governor did the right thing. He heeded the advice of the CDC and the American Academy of Pediatrics that says itâ€™s imperative that children get back to school. And heâ€™s leaving the final decision about sending kids back to class to the people who actually know whatâ€™s best for them: