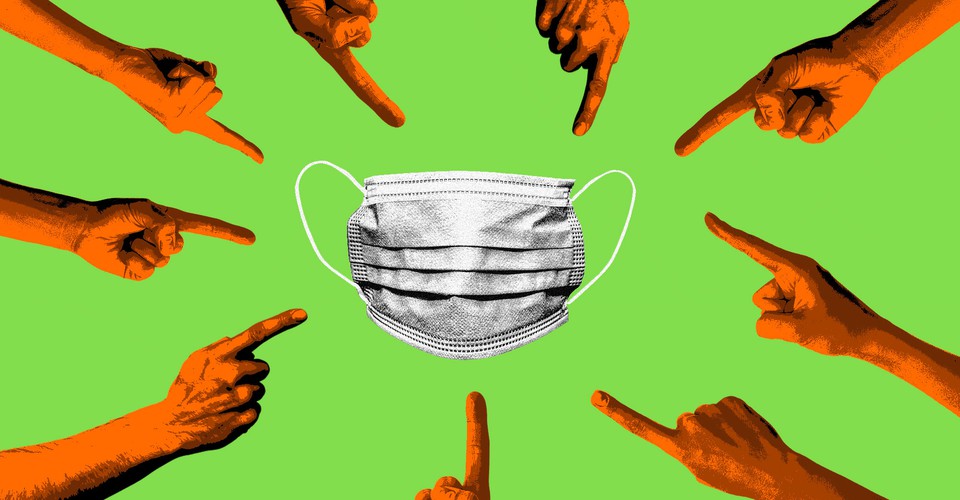 That’s it. I’m done. I just deleted that good neighbor app from my phone. The one I used to peruse when I was bored to see photos of lost cats, dog droppings in inappropriate places or to find the occasional interjection: What was that noise?

But in the past few weeks this app has gone from being a place where you could gauge your neighborhood’s degree of crazy to a carnival of mask-shaming and name-calling.

Every few minutes I seem to get an email alerting me to yet another snippy message from someone who spotted someone without a mask and wants to make sure everyone knows about it.

Seems a lot of folks are counting people who are wearing masks, calculating the percentages of the unmasked and dutifully tattling on the stores allowing folks in without a face covering.

The Karens love it.

Went to X store about two hours ago and 20% of the people in the store had no masks.

Thanks. That’s another place I won’t shop.

Z supermarket is not enforcing the mask law. I will not be shopping there anymore.

Thank you. Neither will I.

I was in the bank  on Saturday and 50% of the people were not wearing masks.

That one stopped me. Complaining because customers at a BANK weren’t masked up? All right then. We’ve officially gone mad.

On and on the indignant people prattle, vowing to report these dangerous places of business to the health department and demanding to know why the retailers aren’t vigorously enforcing the governor’s order.

Contrarians opposed to the mask mandate occasionally jump in and taunt the pro-maskers.

I hesitate to point this out to the masketeers, but Gov. Ralph Northam’s executive order carves out a huge exception for anyone suffering from a health condition that’s incompatible with face coverings. The governor mentioned COPD and asthma. There are other illnesses that can worsen with a 5 to 20 percent reduction in oxygen.

Oh and people with these invisible health conditions are not required to disclose them to curious members of the public or store owners. The Americans with Disabilities Act makes it illegal to interrogate a person about the nature of their health problems.

Of course some of the busybodies have that covered: They assume that the unmasked are parading around with fake health conditions.

That’s a lot of people who shouldn’t be wearing masks.

Still, it apparently hasn’t occurred to these snitches that the people they’re demanding be booted from local shops might have a legitimate reason to be bare-faced.

On Monday afternoon I stopped in at a local hardware store to buy paint. As I checked out I asked the cashier if she was having a good day.

“Not really,” she sighed. “People have been screaming at me all day about people in the store who aren’t wearing masks.

“I tell them that I’m not allowed to ask about their health conditions,” she said, “But they’re threatening to boycott the store if we don’t get them out.”

This mask mandate is a pain. Even the local editorial board called it “half-baked.” The governor issued his edict a week ago and then ordered minimum wage workers to enforce it.

Here’s an idea: Stay healthy by doing what we’ve all been doing for months. Keep your distance and wash your hands. Wear a mask if you can.

Beyond that, just stay in your lane.

And please, stop berating poor shopkeepers who were deputized against their will to be enforcers of Northam’s half-baked mask mandate.