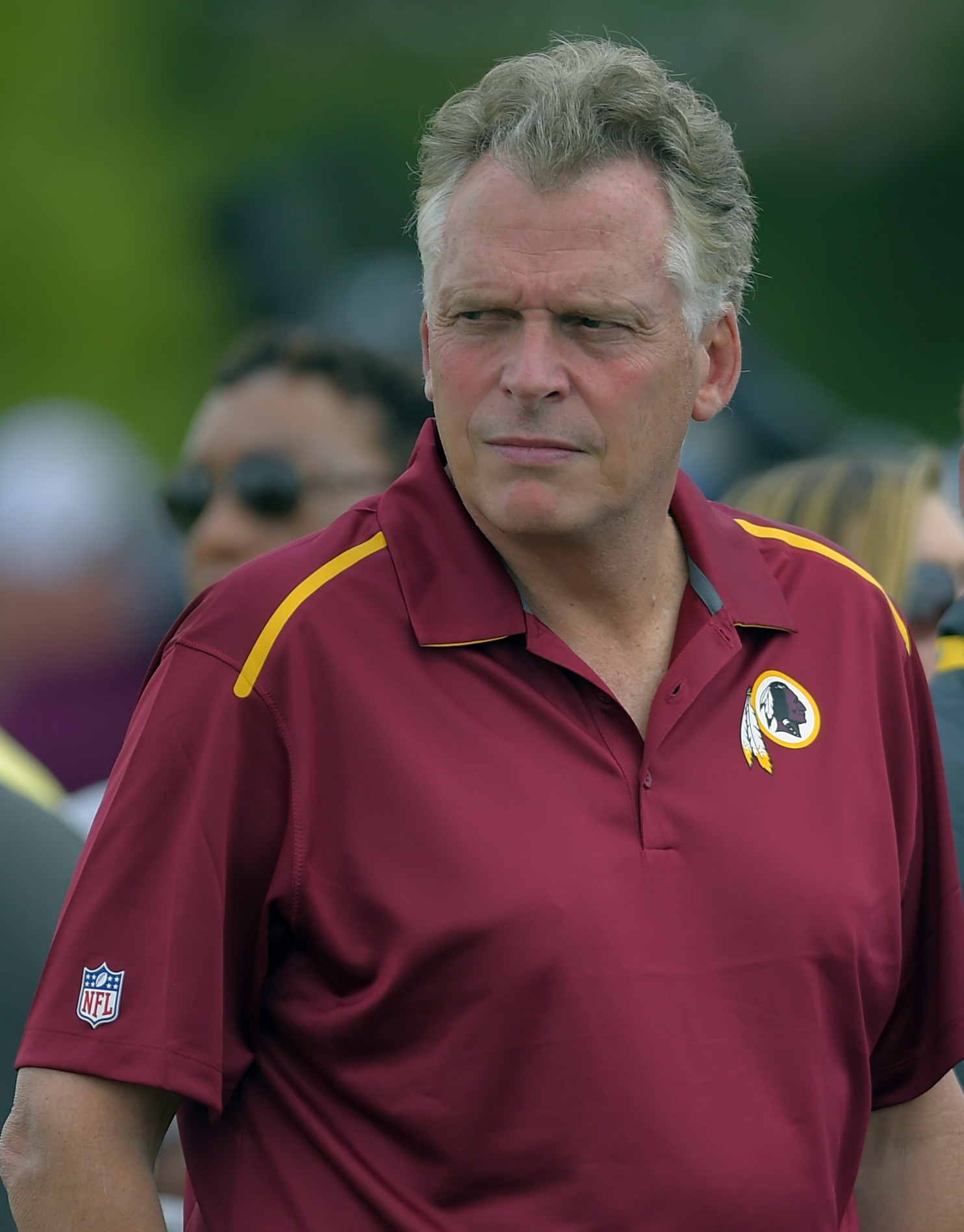 McAuliffe in “Very Serious Negotiations” for a Redskins’ Stadium in Virginia

Governor McAuliffe thinks Virginia is the perfect place for the new Redskins’ stadium due to open in 2027.

“I think we are the best place for the team,” McAuliffe said on Thursday. “Every player lives in Virginia. …  Sixty-six percent of the season-ticket holders are Virginians, so it makes sense – if we can structure a deal that makes sense for us, the taxpayers, and is good for the Redskins – then that’s a win-win situation. We are the ideal place.”

Redskins President Bruce Allen said earlier that the team had made progress in determining a location but the new stadium but he had “no announcements at this time.”

The Governor mentioned possible sites along the Metro Silver line which runs to Dulles Airport and eventually into Loudoun county.  Most Redskins’ players live in Loudoun.

McAuliffe in “Very Serious Negotiations” for a Redskins’ Stadium in Virginia was last modified: August 5th, 2016 by Jeanine Martin

No way, put it back in Washington DC.
No public funding.

Looks like the Mac Man is dedicated to getting a huge Metro tax in Virginia. Why would anyone advocate building a new stadium near the present metro system?

Because many people like to take the metro to the stadium. That’s my best guess.

That’s no reason for the state politicians to get involved. A stadium is a regional issue, just like the stadium in Richmond, the local arena idea in Virginia Beach, or the metro tax in NoVa. In real democracies they would allow the voters to pass a local bond issue instead of trying to ice the cake with state money or playing Dillon rules games at the General Assembly.

He has such an impressive resume for negotiations – like the one he did with the Chinese firm to bring 349 jobs to Appomattox. How did that turn out for the Virginia taxpayer?

He we go with another taxpayer funded stadium. Like billionaire Synder can’t fund a stadium for his losing team. Like who the hell can afford tickets for sports these days. Oh, yea, those with government jobs where you had to know somebody to get the job.

Despite my dislike for McAuliffe, this
would be great. Washington and the Washington Post have been on a
vendetta against the ‘skins for several years now regarding the name. I
favor changing the name – to the Virginia Redskins! Remember this gem:
https://www.washingtonpost.com/…/c02f20ee-1b23-11e4… My only problem is I don’t want this to get Tmac’s legacy after all the other stunts he’s pulled.