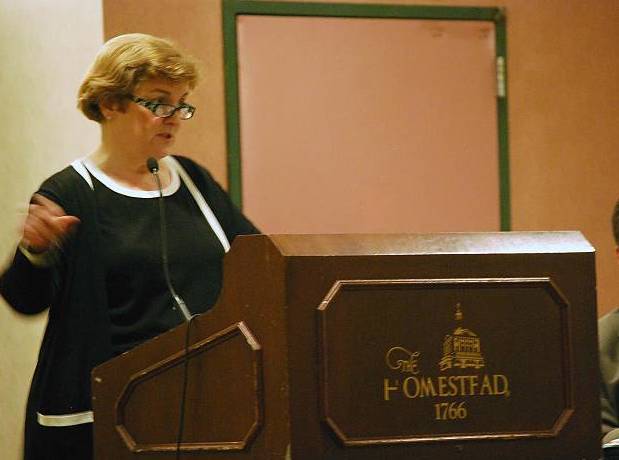 The Governor announced yesterday that he intends to undertake a second recess appointment of former Fairfax Circuit Judge Jane Roush to the Virginia Supreme Court. As most readers recall, his initial appointment, made over the summer, expires 30 days after the next ensuing General Assembly convenes. That session convened on August 17, in response to the call from the Governor for the General Assembly to address a court order on redistricting. More background on that whole stage of this saga can be found here and here.

Since then, Speaker Bill Howell (R-Stafford) issued a letter to the Governor outlining the legal basis for their contention that any subsequent appointment of Roush would be unconstitutional. In short, the legislators say the Senate is not allowed under the Virginia Constitution to force adjournment of the House, and that therefore the legislature is still in session. In support, they cite numerous precedent cases in other states interpreting nearly identical provisions in a similar way.

Yesterday, the Governor confirmed his intention to give Roush another putative recess appointment, and sent a letter to Howell and Norment purporting to outline the legal basis for his move. In short, the Governor says that because of the ordering of certain provisions of the Virginia Constitution, it is unclear whether the bar on the Senate forcing the House to adjourn applies to special sessions, and in any event that the reason for the special session has been superseded by events and so therefore it should be assumed to be adjourned. It cites no precedent directly on point.

McAuliffe knows that with the uncertainty about the legitimacy of Roush’s appointment that means her rulings could be called into question. He also knows that, when the General Assembly reconvenes in regular session in January, that they will dispatch her appointment in short order, especially now that he has dug in his heels and made a mountain out of this particular molehill. He simply hasn’t played this correctly to win sufficient non-opposition from the GOP-controlled legislature, which after November is increasingly likely to include a Senate with a wider Republican majority.

So why is he doing this? There’s no real value in using this appointment as leverage on something bigger…Supreme Court appointments are important, but not so important as to be a bargaining chip on the things that really matter to the Governor (e.g., Medicaid expansion, more favorable legislative districts) or the GOP leaders (protecting and expanding their majorities).

What this really all boils down to is that the Governor and the General Assembly Democrats want to make Republican opposition to Jane Roush’s appointment into a campaign issue for the upcoming elections:

Democrats seized on what McAuliffe has called a “political temper tantrum,” accusing Republicans of being anti-woman — a charge they are likely to repeat as 2016 approaches, when Hillary Rodham Clinton is expected to compete in swing-state Virginia.

That’s right…so potent is the toxic-brew of the “War on Women” elixir for the Democrat base that the Governor and Democratic leaders will sacrifice the career of a woman who is, by all accounts, a highly qualified jurist—all in service to some perceived electoral advantage in a handful of competitive Senate races. She could have remained a judge in Fairfax. She could have take Judge Rossie Alston’s spot on the Court of Appeals.

But rather than go along with that, the Democrats have seized on fodder for a few mailers to say that those evil Republicans forced a constitutional crisis out of hatred and disrespect for a strong woman. In fact, the opposite is true. Democrats are prolonging this brouhaha to the palpable detriment of the Virginia legal system, and in a manner that will have only one real victim: Justice Roush herself.

That, my friends, is a real “war on women,” showing a cynical and profound disrespect for a majority of the electorate, and a callous disregard for the oaths of elected officials to carry out their duties in a lawful manner that best serves the interests of the Commonwealth. Shame on them.

Regardless of his motives, the governor should be held accountable for violating the constitution!

Wonder why Roush is such a willing pawn?