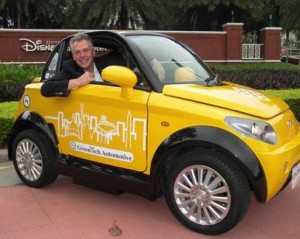 Governor McAuliffe chose as the first victim of his veto power a measure that simply codifies existing law on gun possession. It’s all about priorities.

In a sop to liberal anti-gun groups, Gov. Terry McAuliffe issued his first veto last night. The bill that he killed (it is not eligible for veto-override) would have allowed gun owners without concealed carry permits to keep and transport their firearms in their car, so long as the weapons were stowed safely.

The legislation, drafted by Del. Ben Cline (R-Rockbridge), merely sets forth in clear statutory language the ruling of an appellate court last year holding that a non-CCP defendant who had a handgun in an unlocked glove compartment was not breaking the law, because his firearm was “secured in a closed, latched and ‘well-fastened’ glove compartment.” The bill would have clarified that the current statutory requirement that the firearm be “secured” is satisfied by keeping it in a closed compartment or container, in line with the appellate court ruling.

McAuliffe had unsuccessfully attempted to amend the legislation to require a locked compartment (not just secured and well-fastened) in order for gun owner to lawfully keep a firearm in his vehicle, further burdening lawful, responsible citizens exercising their constitutional rights. When that didn’t work, he pulled out the veto pen.

Does this result in better public policy? No. The law is still that gun owners don’t need a concealed carry permit or mobile safes or other devices in order to have their firearms with them in their vehicles. The veto does not change that. So why go through the trouble, and why mark this legislation as being so special as to warrant his very first veto? Here’s a clue:

For $100,000, you can have a private dinner with Virginia Gov. Terry McAuliffe and the first lady, participate in a roundtable discussion with the governor and sit down every month with “policy experts.”

McAuliffe (D) this week announced the formation of a political action committee, Common Good Virginia PAC. The announcement came with a list of events that donors may participate in for donations ranging from $10,000 to $100,000.

That’s right. The Governor whose (still) biggest claim to infamy is renting out the Lincoln Bedroom has now begun a new PAC to undertake similar activities in Virginia. And what better way to kick off a week of fundraising than by throwing completely meaningless red meat to his anti-gun donor base than a symbolic in-your-face veto? Nice. Meanwhile, the budget still awaits McAuliffe’s famous “pragmatic and bipartisan” attention.

I wrote an article about McAuliffe being a transaction oriented candidate prior to the election, published on Rightside News. Get ready for a turnstile on the Governor’s Mansion and the addition of a very expensive gift shop.

This is the outcome when Republicans don’t support their own. VA is in for much worse than this in the next four years.