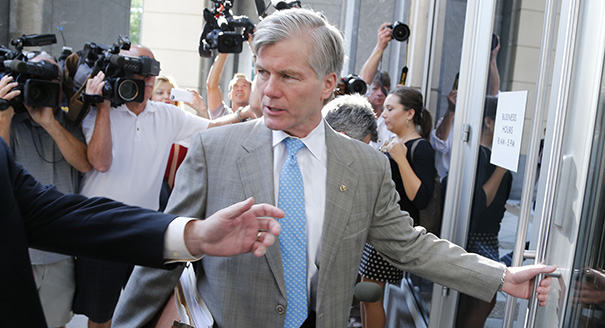 McDonnell Guilty, Which Va. Politician to be Charged Next?

Former Governor McDonnell is the first Virginia Governor to be convicted for crimes committed while in office.Â  The defense went horribly awry, some legal rulings went against the McDonnells, and all Virginia politicians are subject to potential prosecution.[read_more] 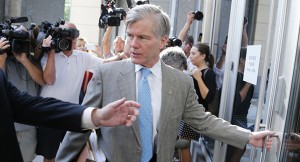 Let us start with the obvious:Â  There was a major loss on the issue of jury instructions that is not the fault of the defense and provides a strong basis for appeal.

Boiled down to a simple level though this is a criminal case, with the highest burden of proof available in the United States: Guilt must be proven beyond a reasonable doubt.

Then, during the course of the trial, the defense appeared to be focused on the status of the marriage between Maureen and Bob McDonnell.Â  The theory behind this is that Bob McDonnell supposedly had limited communications with Jonnie Williams.Â  If that is the case, then in order for Bob McDonnell to misuse his office he would have had to engage in a conspiracy with his wife to misuse public office.Â  That conspiracy would be hard to prove if the couple barely spoke and did not get along.Â  Although this could be used to completely disprove a major element of the prosecutionâ€™s case, the focus is not on poking holes in the prosecutionâ€™s narrative to establish reasonable doubt.

Closing argument is the opportunity to tell a coherent story to the jury, and argue the legal standard.Â  The defense appeared so focused on telling their own alternative story, they did not emphasize the basic premise of every criminal defense, i.e. the prosecution did not prove their case beyond a reasonable doubt. Â Was there reasonable doubt that McDonnell knew Jonnie Williams expected favors in return for the gifts, probably.

The defense was focused so heavily on affirmatively proving innocence, they minimized the fundamental importance of simply establishing reasonable doubt.

McDonnell rejected a plea deal early on.Â  There had to be more discussions.Â  Did McDonnell and his counsel err in refusing a reasonable deal leading into trial, or was the prosecution intransigent?

So what happens next?

Not an appeal.Â  Next comes sentencing, and not for four months.Â  Only after a final order is entered can an appeal even occur.Â  This means the case will not reach the Fourth Circuit Court of Appeals until spring 2015 and oral argument and rulings probably will not occur until fall 2015.

Based on my understanding of the broad reading of the criminal statutes in the jury instructions the McDonnells have a plausible basis for having the convictions for public services fraud overturned.

Maureen McDonnell, even with a favorable appeal, is highly unlikely to have the obstruction of justice charges overturned.Â  There are no reports of claims that the jury instructions for the obstruction charge were improper.

I have heard that one grounds for appeal is Judge Spencerâ€™s denial of the McDonnellsâ€™ request to be tried separately.Â  This is likely a decision given to the sound discretion of the trial judges and unlikely to be successful grounds for appeal.

What this means for Virginia politicians

Receive a gift + meet with the donor/gift-giver, because that is what normal politicians do + possibly assist them in some minor way in your official capacity = go to jail.Â  Essentially the simple fact that a gift giver has given something to a politician allows the inference that there is an informal arrangement to help the giver on some future date.

In an early scene in the Godfather Don Corleone agrees to do a favor for one of his guests and states â€œSome day, and that day may never come, I will call upon you to do a service for me. … Â until that day accept this . . . as a gift . . .â€Â  These words were never spoken between Gov. McDonnell and Johnnie Williams.Â  The jury inferred these words from their behaviors.Â  EVERY GIFT going forward to any office holder (even outside Virginia) will be regarded under federal law as a quid pro quo from Don Corleone.

To that end I agree with Chris Saxman.

McDonnell Guilty, Which Va. Politician to be Charged Next? was last modified: September 5th, 2014 by Paul A. Prados

Governor McDonnell Suffers Huge Setback on Appeal | The Bull Elephant July 10, 2015 at 9:45 am

[…] I have previously opined about how this conviction occurred. […]

Mr. Prados, is what I read in the media true, that the McDonald’s first legal team advised him to take the plea bargain, that he could not win in court?

If that is really true, how does your article seem to clash with their advice? Which of you has the most experience in these types of cases, his initial legal team, or you? Honestly, I do not know.

It is difficult for the non-lawyer to understand how lawyers could be so far apart in their interpretation, recommendation, and advice?

Perhaps still drunk on egotism, McDonnell did not know whose advice to take either?

“McDonald’s [sic] first legal team advised him to take the plea bargain” I understand this to be true.

“that he could not win in court?” If this is the advice it was not made public.

“If that is really true, how does your article seem to clash with their advice?” I don’t understand the question. Nonetheless if you look back to my post from a week before the trial started I indicated that both sides should be pushing for a plea deal.

I agree with your analysis Paul. May I add that in the articles that have featured interviews with jurors, none of them even mentioned the “official acts” problem. They all focused on the gifts the McDonnells received as if that was the end of the story. I would be very surprised if the convictions are not overturned. A hallmark of our Constitutional system is that due process demands that a man be reasonably capable of determining what is legal or not before you throw him in jail. No one in America suspected prior to the McDonnell indictment that allowing someone to prepare a guest list for a function in the Governor’s mansion constituted an official act the penalty for which could be over two decades in Federal prison.