McDonnells to Call the Courtroom "Home" through Labor Day 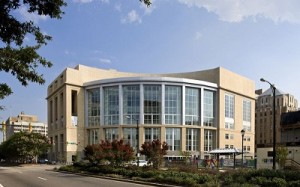 In one week Former Governor McDonnell and his wife go on trial for alleged corruption charges in a politically motivated waste of prosecutorial and judicial resources.

Be prepared for a circus, and an uninspiring outcome.

On July 28, 2014 in the courtroom of Judge Spencer in the U.S. District Court for the Eastern District of Virginia, Richmond Division, former Governor McDonnell and his wife will begin their criminal trial for alleged corruption.  Expect a couple of days of jury selection and then a couple of days of opening statements before we get to any testimony.

The alleged cover up

As with many high profile political prosecutions, it is not the crime that causes the problem it is the cover up.  Here is how the alleged cover up worked for the McDonnells.  The McDonnells, concerned about the apparent impropriety of the gifts and loans received from Johnnie Williams, did not report them on the annual statement of economic interests [â€œSEIâ€] required by Virginia law.  Failure to properly report is a violation of Virginia statute and the federal government can not prosecute for this alleged failure.  As of now, no Virginia prosecutor has decided to prosecute for such failures.

We have federal statutes that criminalize providing false information on loan applications (Counts 12 and 13).  As the $120,000.00 constituted loans, the McDonnells were required to disclose their existence on loan applications to TowneBank and Penfed Federal Credit Union.  The McDonnells do not appear to deny that they did not disclose the loans on the loan applications.  This would allegedly be done to avoid any negative political fallout from accepting the money.  This is the basis for Counts twelve and thirteen of the Indictment.  To win this part of the case, the McDonnells need to show that failing to list the loans was mere error, and there was no intent to defraud either bank.

Count 14 (obstruction of justice) is thrown in only to make a point that the government is aware of the McDonnells continued attempts to prevent the investigation from resulting in prosecution.

What should we expect at trial?

The most foreboding aspect of the trial is a motion filed by the McDonnells that has since been granted allowing the McDonnells to issue up to twenty subpoenas to yet unnamed witnesses to appear beginning August 18, 2014.  This is the anticipated start of the defense part of the case.  The Defense has lost a motion regarding expert witnesses, and has been admonished about the parade of character witnesses the defense wished to call.

Still, if the defense begins on August 18, and the trial starts on July 28 with a week of jury selection and opening statements, we are still going to have to wade through two full weeks of oral testimony on behalf of the government regarding a handful of incidents.  The McDonnells will then likely have two more weeks to present their own side, ending the testimony at the very end of August.  The jury will be forced to return after labor day to hear closing arguments and deliberate.

There will be an attempt by one or both sides to enter a plea for just counts 12 and/or 13 over the next week.  We will not find out about it until or unless such a plea is reached.

Without having heard any official sworn testimony: If the matter goes to trial, we are in for weeks on end of boring, repetitive, and unnecessary testimony from the prosecution followed by even more boring, repetitive, and unnecessary testimony from the defense.  The chance of conviction on any of the corruption charges is low with a good chance Judge Spencer will dismiss some or all of these counts.  Conviction on the loan fraud charges is likely. The obstruction of justice charge depends heavily on how the jury feels after sitting through this entire ordeal.

At least we will be mildly entertained on a daily basis for the next one and a half months.

McDonnells to Call the Courtroom "Home" through Labor Day was last modified: July 22nd, 2014 by Paul A. Prados

The correct legal result is not guilty.

Jim is clearly not a Republican or he’d know that, unlike Democrats, Republicans run for the hills at the first whiff of controversy. When a Democrat like Gov. McAuliffe takes millions in taxpayer money to build a green car company but never builds it, the media and Democrats don’t care. Most people don’t even know about it. However, the moment this information about the McDonnell’s came out the media went into a feeding frenzy and Republicans abandoned them before even hearing the evidence. Compare the two scandals and the Democrat gets to sit in the governor’s mansion keep millions of stolen money while the Republican is given a scarlet letter, lost every friend they ever had and will probably be judged harshly. I’m not defending or attacking the McDonnells, but I am always uneasy with declaring someone guilty in the court of public opinion before a real court even gets to look at it.

I wonder if McDonnell ever wonders if he was set up also regarding pushing the transportation plan and tax increase. I got a huge kick out of the Post and Dems playing him up as a reasonable Republican and possible VP and then dropping the hammer on him.

The Dems don’t play, they search and destroy: These are the types of politicians and leaders Jim admirers:

It would seem to me that for you to make that type of prediction that you would have to know what the make up of the jury will be? And you do not.

What does Jonnie Williams have to say that he needs to be granted immunity for? Would the government grant Williams immunity if they did not know what he was going to say?

Does this whole trial depend on the make up of the jury? Are the McDonnell’s banking that they can sit a jury that will decide in their favor? Isn’t that what your prediction really comes down to?

It is my understanding that any lawyer will tell you that nobody knows just what a jury is going to decide? Isn’t that what we all learned from the O.J. Simpson trial? Is it really?

Was there another Johnnie, that one named Cochran, that was such a great lawyer? Or, was it that somehow, a jury of the right make up was seated that guaranteed that justice would be done many years later in Colorado instead of California?